Home Real Housewives of Beverly Hills News Sutton Stracke Explains Why RHOBH Cast is Protecting Erika Jayne, Reflects on Off-Screen “Crossing Over Moment” With Crystal, and Where They Stand

Sutton Stracke Explains Why RHOBH Cast is Protecting Erika Jayne, Reflects on Off-Screen “Crossing Over Moment” With Crystal, and Where They Stand 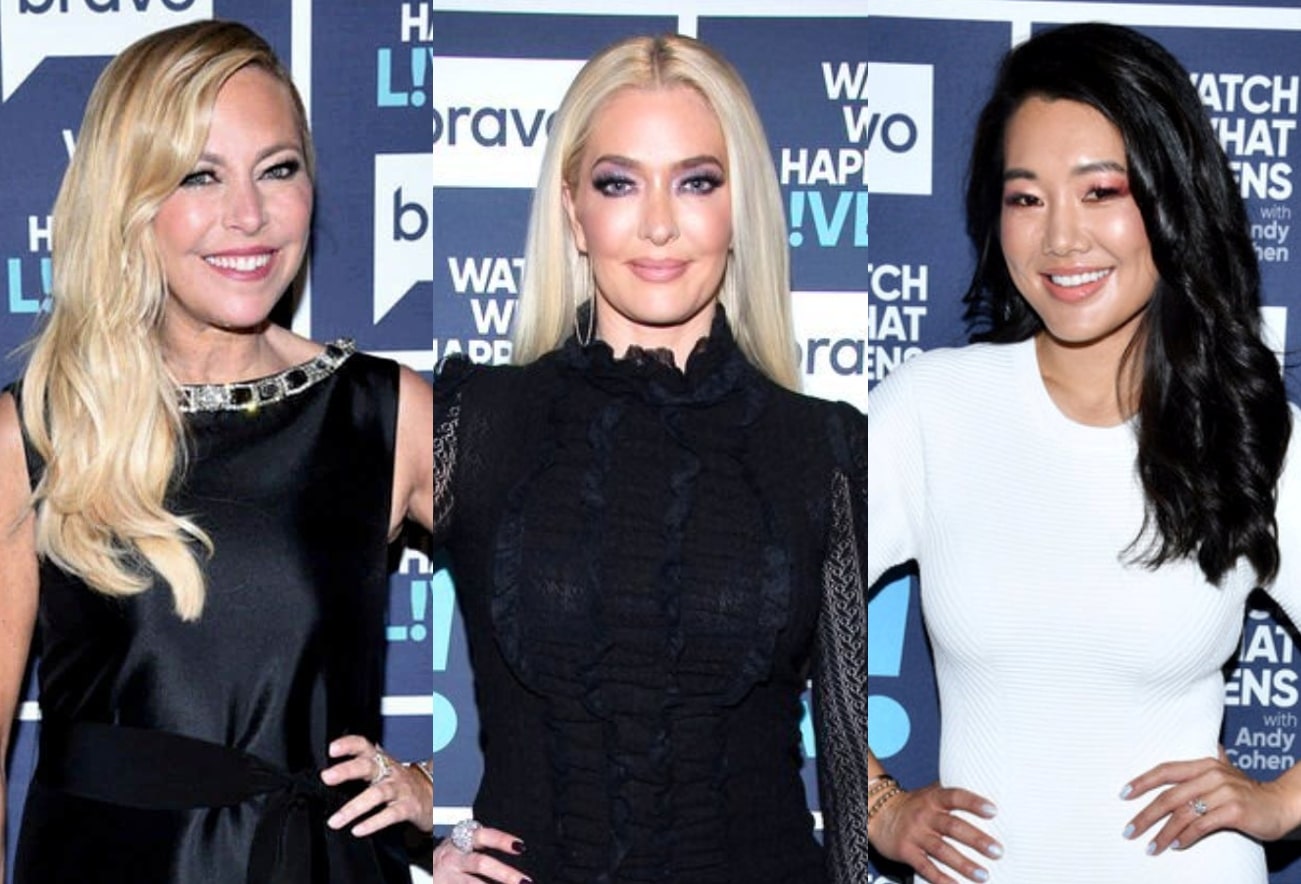 During a new interview, Sutton is opening up about the cast’s relationship with Erika, explaining why she’s asking her the tough questions, and looking back on an on-screen conversation she had with Crystal Kung-Minkoff that served as a turning point for their friendship.

“I think you can see it,” Sutton said on In The Know’s “We Should Talk” of the way in which the RHOBH ladies were protecting Erika. “But I also think that they have a very special bond, because they’ve known each other a long time. So, there was an instant protective glue with those girls, which I completely understand. [Garcelle Beauvais] and I — and Crystal — we don’t know Erika in the way that those girls do.”

“So, I get it. It’s just not my perspective. I think that’s the biggest difference,” she added.

As fans saw on Wednesday night’s episode, Sutton began asking tough questions after reading an L.A. Times article, which shared details about the way in which Thomas allegedly stole millions from former clients.

“That weekend in La Quinta really did a 180. It just went [left] in an instant,” she recalled. “It’s interesting that that can happen in life, and it can happen in friendships.”

Moving on to her ongoing drama with Crystal, Sutton admitted that she felt horrible about the tense discussion about race that took place between them in Lake Tahoe earlier this season.

Weeks later, Sutton had an additional confrontation with Crystal, during which she slammed her for her “ugly leather pants.”

“I had had it,” Sutton said, looking back. “Every now and then you reach your breaking point, and I had reached it and it flew out of my mouth. I don’t know what it even meant, but it just came out. They weren’t my favorite, and she dresses really well!”

Although Sutton and Crystal didn’t get off on the best foot, they ultimately had a “crossing over moment” off-camera.

“I was just like, ‘When is it going to go away?’ After the ‘ugly leather pants’ [comment], I called her the next day. I was like, ‘I can’t. We can’t. I can’t keep doing this.’ It’s not in my nature to do that, and I don’t have relationships like that with women. I was like, ‘How can we solve this?'” Sutton revealed. “It was a really crossing over moment for the two of us. Unfortunately, it wasn’t on camera, because that was when we went into our COVID quarantine.”

“It’s not as tense [after that], but we’re still trying to figure each other out a little bit,” she added.

The Real Housewives of Beverly Hills season 11 airs Wednesdays at 8/c on Bravo.