Sutton Stracke Fires Back at Erika Jayne Over “Small Town” Diss on RHOBH, Plus Kyle Richards Suspects Erika Was “Embarrassed” After Learning of Cast’s Concerns 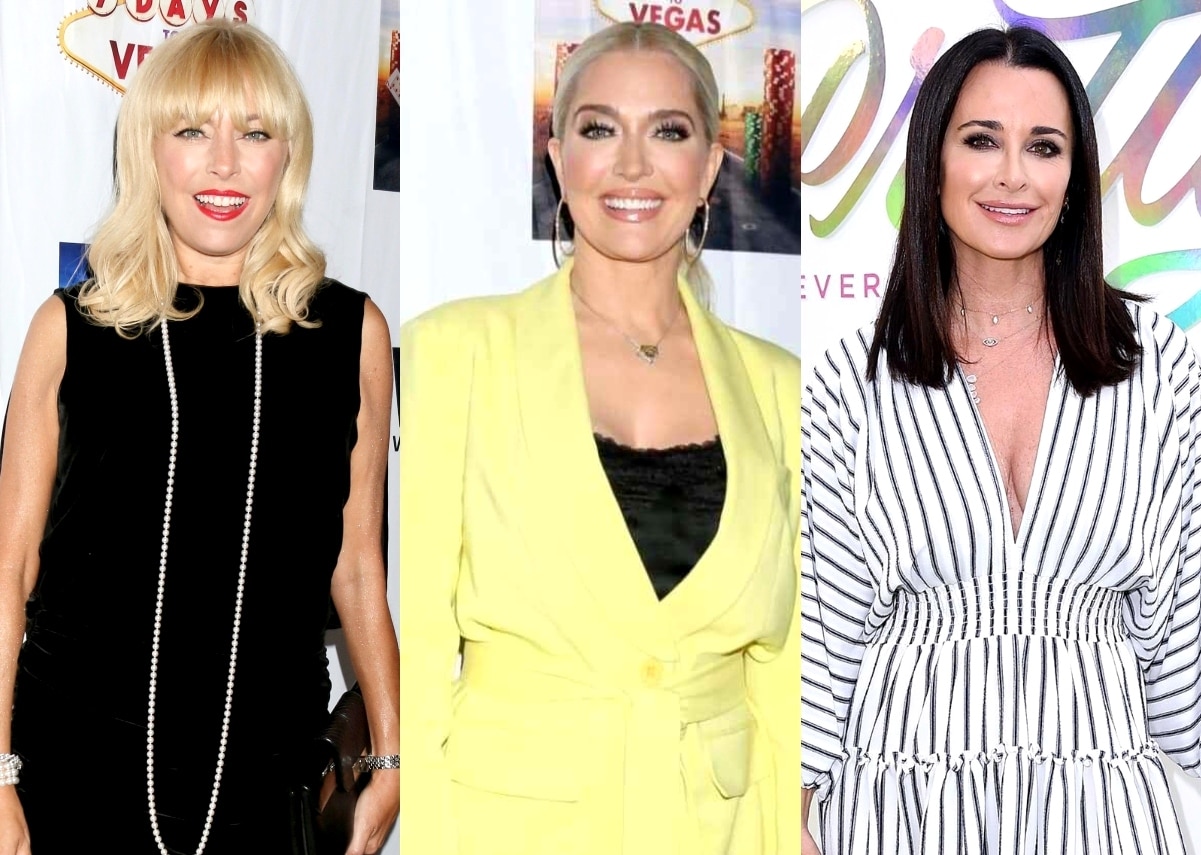 Sutton Stracke is looking back at her confrontation with Erika Jayne during Wednesday night’s episode of The Real Housewives of Beverly Hills.

After Erika was seen calling her out for voicing concerns for her reputation amid her legal drama, Sutton explained why Erika’s reaction was confusing as a number of their castmates, including Crystal Kung-Minkoff and Kyle Richards, shared their thoughts about the encounter.

“My thought is, you’re also from a small town. What she’s trying to say is ‘small town, small mind.’ I don’t know, she’s just trying to hurt me [and] lash out, like I’m on The Andy Griffith Show. I don’t know,” Sutton admitted on the August 25 episode of the RHOBH: After Show.

According to Crystal, the series’ newest cast member, she believes Erika acted out because her emotions were “at the peak” before noting that Sutton didn’t arrive at Lisa Rinna‘s beauty launch in hopes of engaging in a fight.

“This is still the time where things are being revealed everyday,” she explained. “Those are like fighting words, and I don’t think Sutton wanted to fight. I don’t think she wanted to have that argument that day, or at all.”

“I think she was just angry and at her tipping point, and she’d had it, and that’s how she felt,” Kathy Hilton added.

During her own segment, Kyle suspected Erika was acting out of embarrassment.

“Erika was obviously very upset and hurt and probably embarrassed that someone in our group would think like that so she lashed out,” she noted.

Dorit Kemsley also spoke out, seemingly taking up for Erika by suggesting she simply wanted to clear the air with Sutton after the drama of Kyle’s holiday party.

“I don’t think anybody ever really wants to fight, you just don’t, but sometimes you just do have to clear the air, and I think that Erika had come off the back of Kyle’s holiday party. She clearly had an issue with what Sutton had said [and] she shared it,” Dorit reasoned.

Because of the seriousness of the allegations against Erika and Thomas Girardi, including claims of having stolen millions of his former clients’ settlement money, some of her castmates have worried about how the drama may impact their own lives.