Home Real Housewives of Beverly Hills News RHOBH’s Erika Jayne Accused of Being ‘Not Nice’ and “Shady” by Cary Deuber, Plus Update on Her $40K Per Month Glam Squad

RHOBH’s Erika Jayne Accused of Being ‘Not Nice’ and “Shady” by Cary Deuber, Plus Update on Her $40K Per Month Glam Squad

RHOD alum Cary Deuber is calling out Erika Jayne as being "not very nice" and "shady," plus find out if Erika's $40,000 a month glam squad is sticking by the RHOBH star's side. 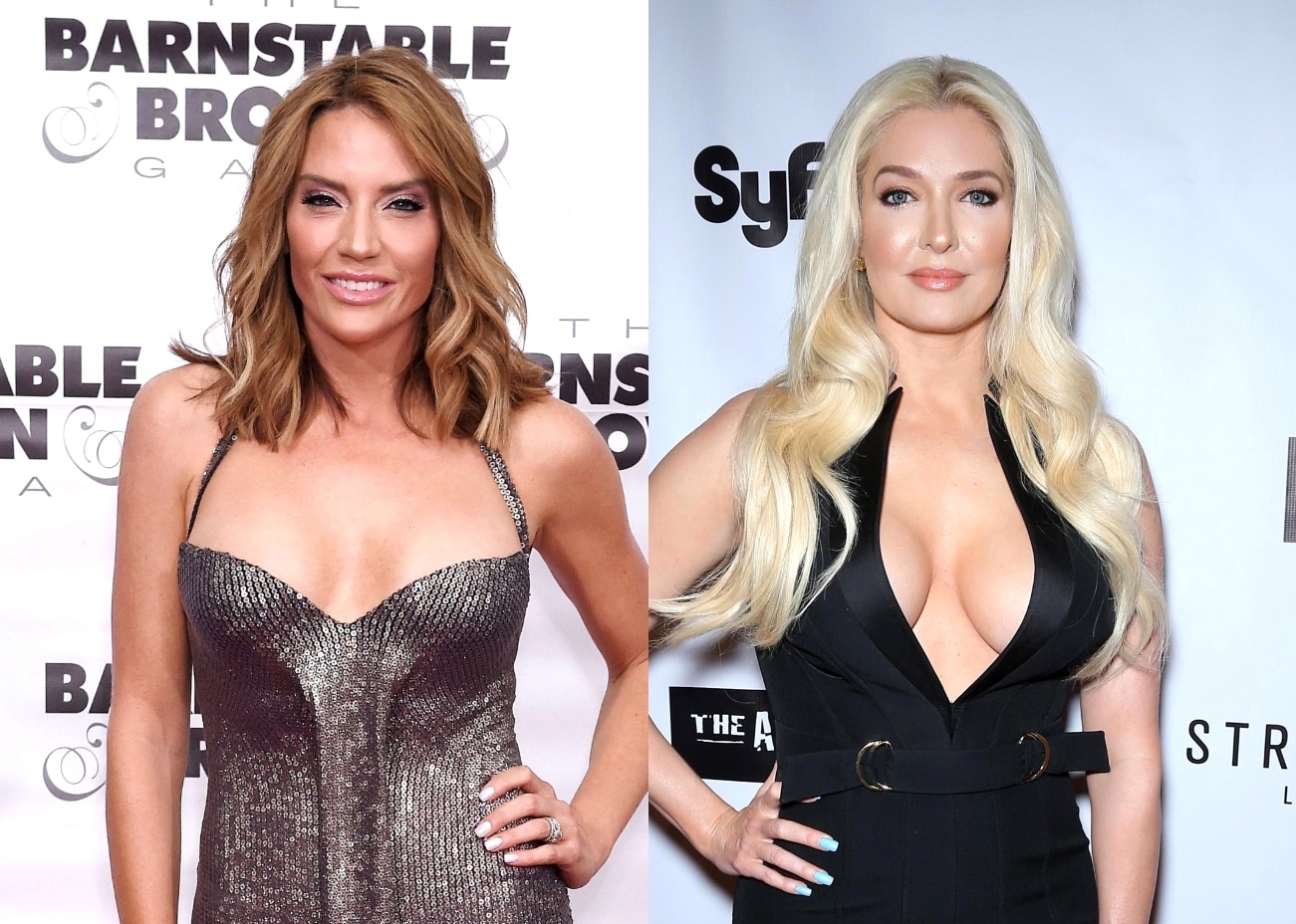 Cary Deuber wasn’t impressed with Erika Jayne when the two of them crossed paths years ago.

“I met her once in New York, [LeeAnne Locken] was hanging out with her and we were at like one of those Us Weekly parties. I said, ‘Hi,’ and kind of sat with her, but she was not very nice,” Cary revealed on the Behind the Velvet Rope With David Yontef podcast on August 30. “She was not very kind.”

According to Cary, the RHOBH cast member treated her in a degrading manner.

“We’re all Housewives… [I’m] from Dallas. But [I’m a] pretty good person and I’m [a] pretty big deal in my own right. So I don’t deserve to be treated like that,” she explained.

As for what she would recommend to future Real Housewives who want to avoid the Erika curse, Cary said it’s simple: “Don’t be a shady person and have like a shady personal life and go on a reality TV show.”

“To me it seems pretty basic,” she continued. “And I think if you are shady, then you know, you might deserve to get caught.”

In other news, Erika has allegedly retained her $40,000-a-month glam squad, despite the $25 million lawsuit she’s facing amid the bankruptcy proceedings against her estranged husband, Thomas Girardi, and his law firm.

“Her squad is all genuine friends with her, they are not fair-weather friends that left when things got hard. They truly are her confidants whether or not they are on her payroll,” a source explained to The Sun on August 30. “They continued working with her during all the drama this season of Housewives but not as often. And they’ve done her up off-camera since then too. They are sticking by her side. But they don’t do as much as they used to with her now but they do what they can.”

The insider also noted that each person on Erika’s glam team “has gotten paid” for their work and that the squad will be helping Erika get ready for the RHOBH season 11 reunion, which is expected to film this week.

As RHOBH fans well know, Erika is currently being sued for $25 million in transfers she reportedly received from Thomas’ law firm, Girardi Keese, who had been paying for her expenses for the past 12 years.

“She attempts to create a distinction between handing her money directly versus paying all of her bills directly. The distinction, like her prior motion for reconsideration is meritless. Any payments made for her benefit are her responsibility,” court documents explained. “The glam cannot be supported by a sham.”