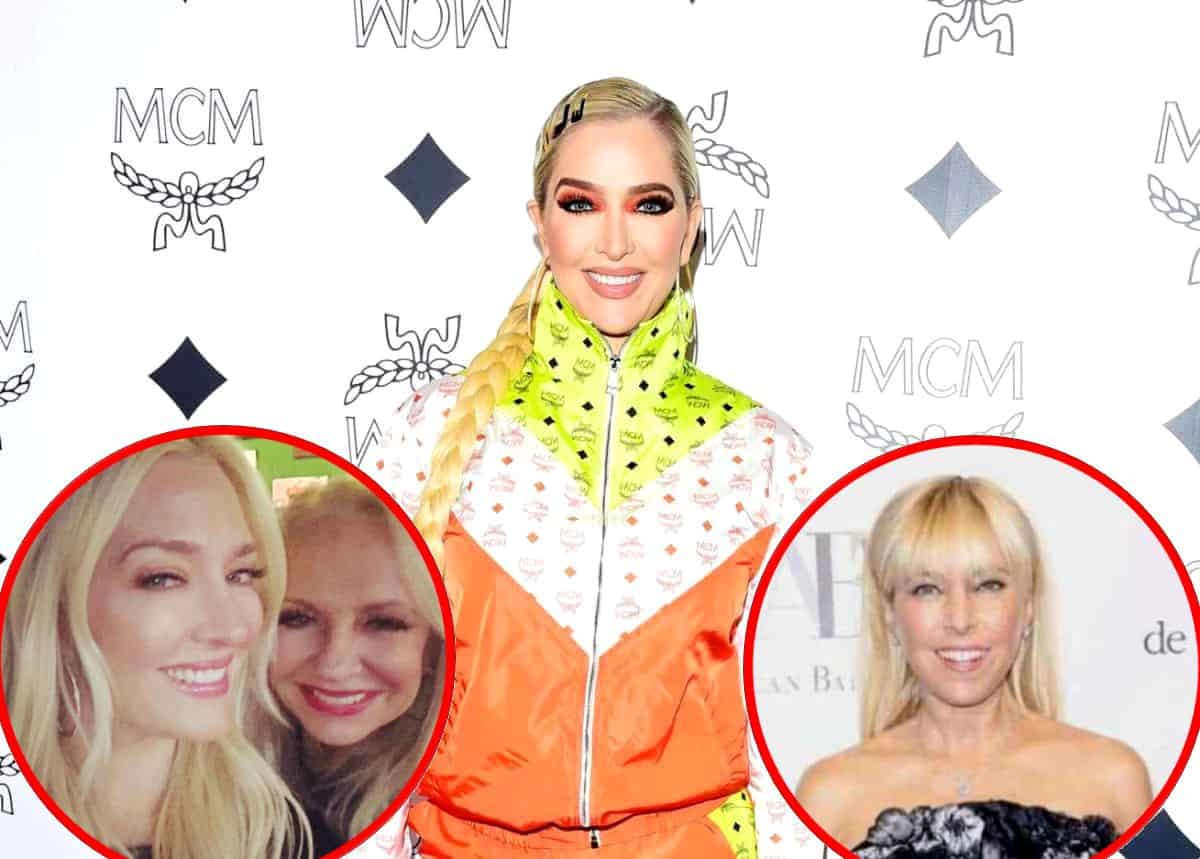 Erika Jayne‘s mom, Renee Chahoy, has reportedly taken to her Twitter page to defend her daughter against claims of helping her estranged husband, Thomas Girardi, embezzle millions from his former clients.

In a series of newly uncovered tweets, Renee is pointing fingers at Sutton Stracke and the employees of Thomas’ law firm, Girardi Keese, while also sharing her thoughts on Erika’s friendship with her Real Housewives of Beverly Hills co-star Kyle Richards.

On September 13, podcast host Zack Peter shared a number of Renee’s Twitter posts on his Instagram page, including one that featured Renee suggesting that because the RHOBH cast members have money, they should be helping the Girardi fraud victims they’ve expressed such concern for on the show.

“Why are Sutton and [Garcelle Beauvais] and [Paul “PK” Kemsley] the only people who seem to care about the actual victims getting justice in this entire situation??” someone asked.

“They have money. Why aren’t they volunteering to help the victims?” Renee replied. 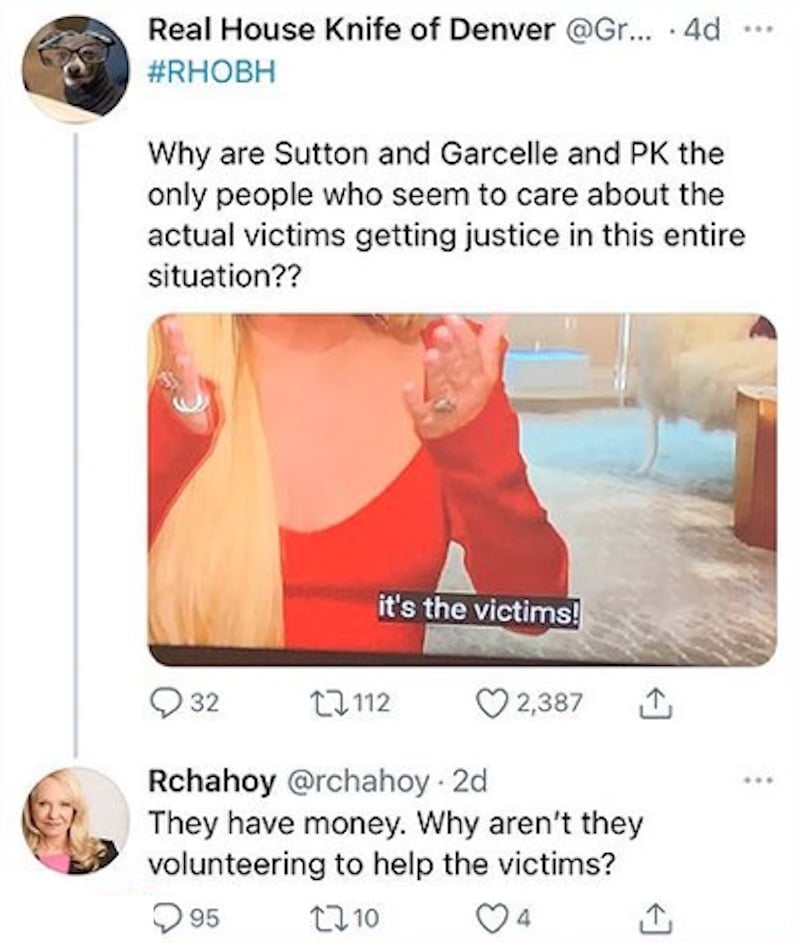 She also wondered why there wasn’t a brighter spotlight on other members of the law firm.

“Why aren’t they looking into the firm and the employees? You didn’t work there! Plus go get the money out of all the cases that the trustee is throwing to the vultures! That is the Sham!!!!” Renee wrote in a message sent to Erika in July. 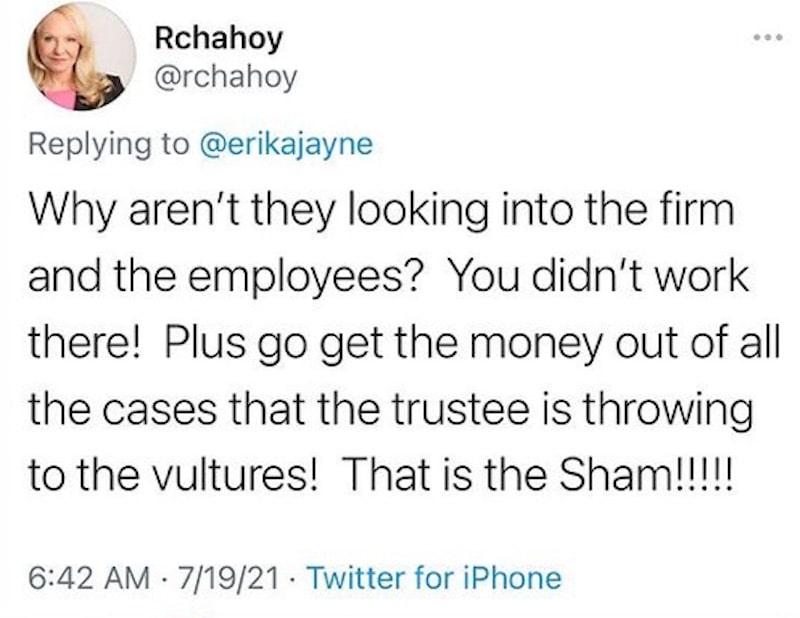 In a third tweet, Renee responded to a Twitter user who wanted to know what Thomas’ law firm partners thought of the allegations against him and Erika.

“Yes. [She] did not work at the firm! Where are they?” Renee asked. “The money is in the cases they are giving to incompetent attorneys. This is a sham!” 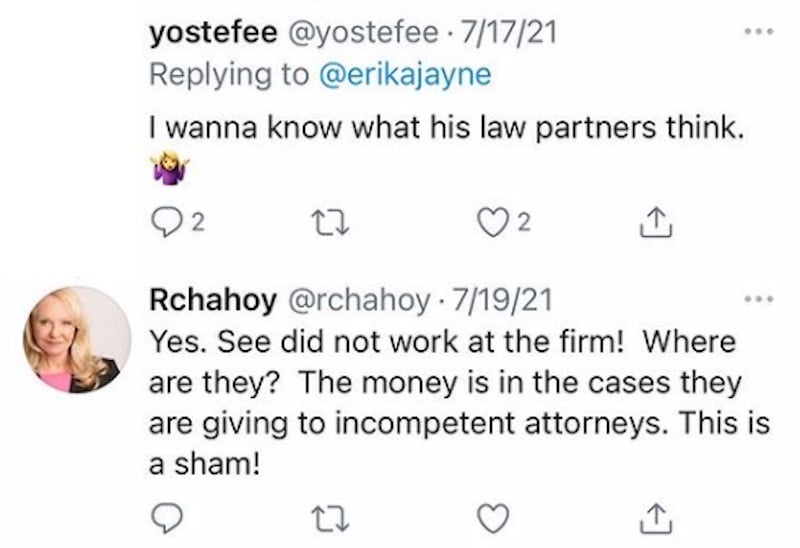 The following month, in August, Renee took aim at Sutton after Sutton poked fun at a comment Erika made on RHOBH.

“Does this look ‘small town’ to you? A little #tbt of my pride and joy home town, AUGUSTA GA,” Sutton shared, along with a few photos of the area.

In response, Renee pointed out that Erika was “carrying” the show and slammed Sutton for acting important.

“This is a well planned TV show and Erika is carrying it with her true life on the line. The nerve of Sutton to act like she is so important! Smell town!!!” 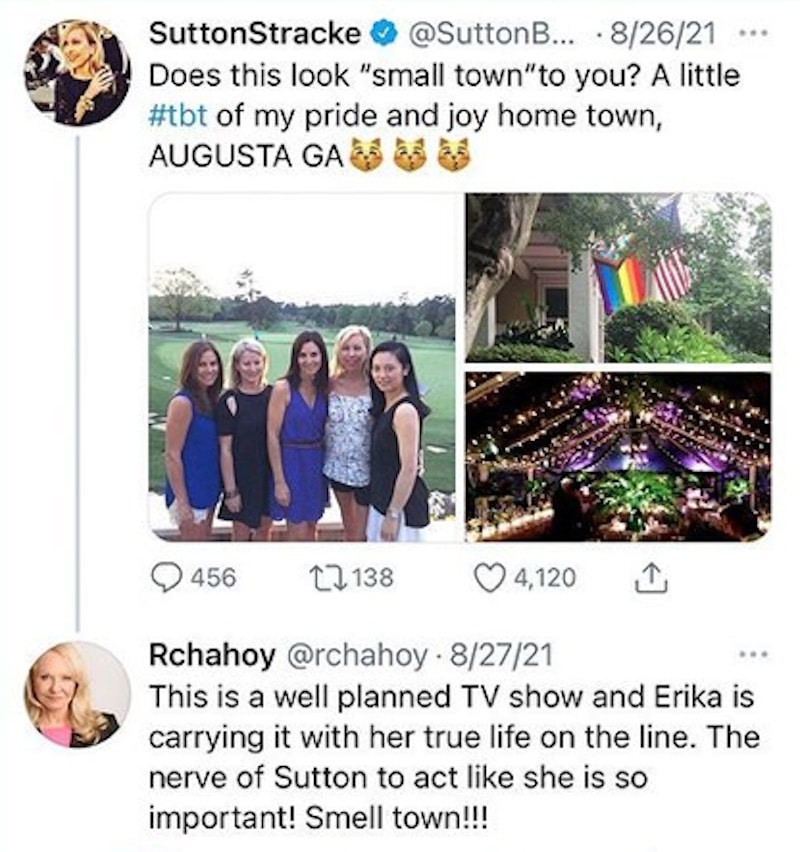 Another RHOBH cast member Renee mentioned on Twitter was Kyle.

After the longest-running member of the show denied throwing Sutton under the bus amid her feud with Erika, Renee thanked her for being friends with her daughter. 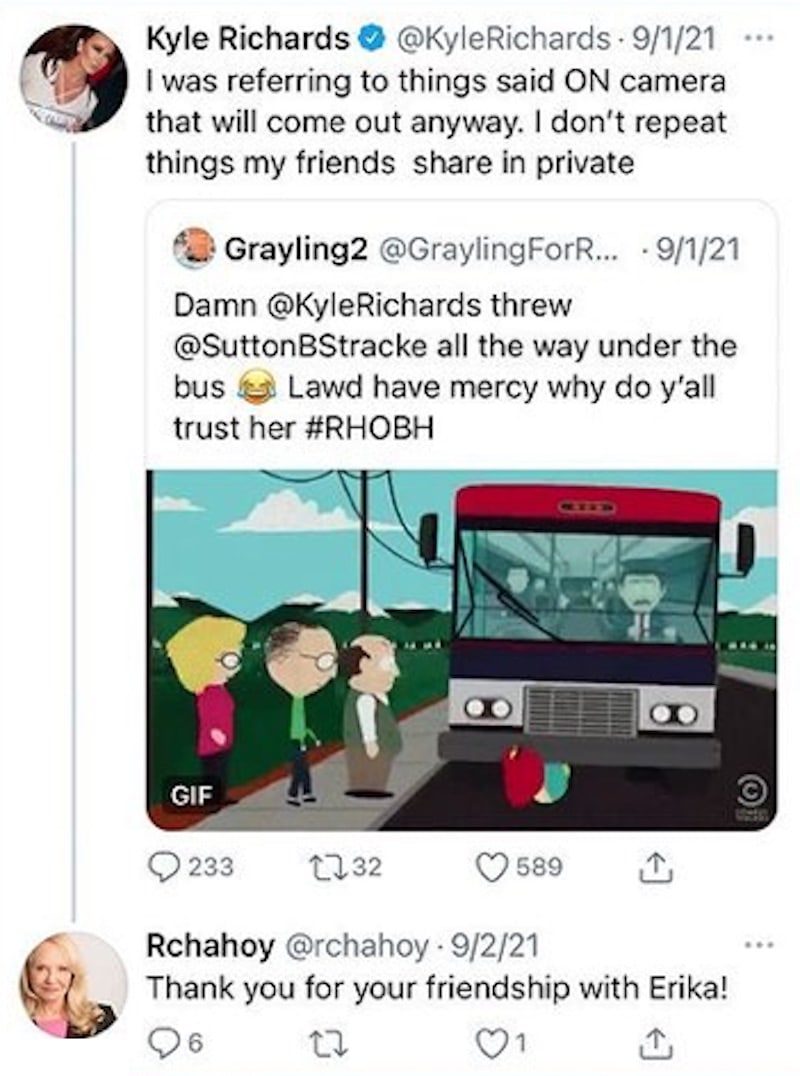 In another couple of tweets, Renee defended Erika’s marriage to Thomas and denied her daughter would fight widows and orphans of plane crash victims for the settlement money they are owed.

“More proof that you were only [with] TOM for the money .. Because, well ..” a Twitter user shared.

“Really? Did you live with them?” Renee asked. 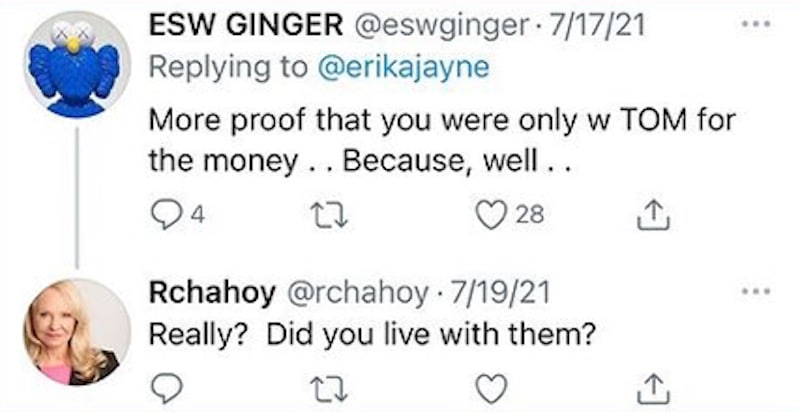 “You heard it here first: she’ll fight and fight those widows and orphans for every cent they’re entitled to,” said a Bravo fan account. 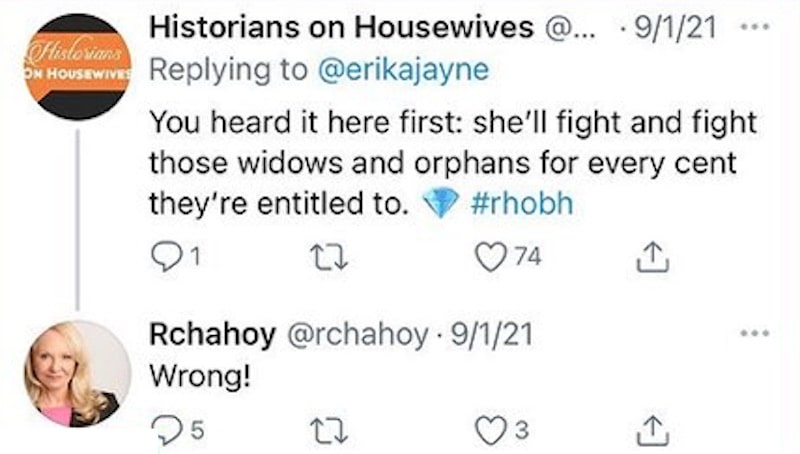