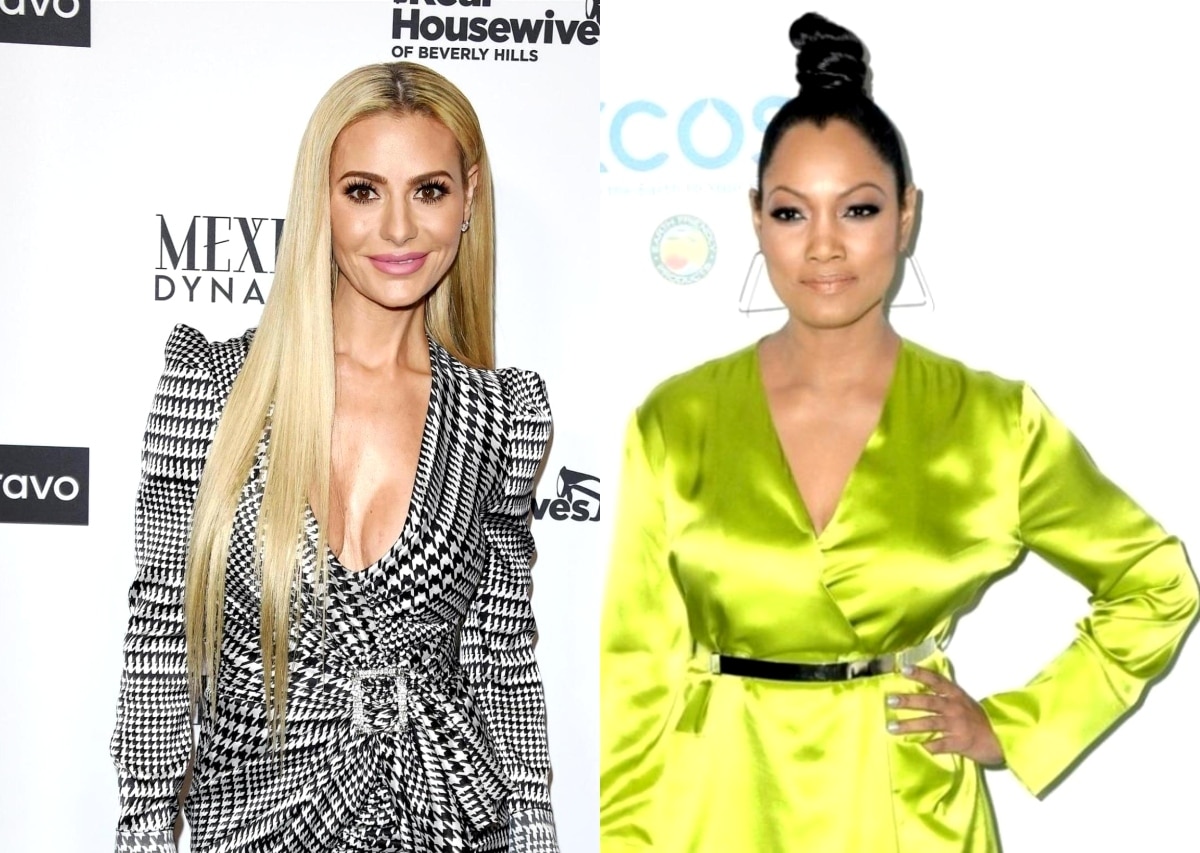 Dorit Kemsley is explaining her decision to confront Garcelle Beauvais in the middle of her bridal collection launch party on Wednesday’s episode of The Real Housewives of Beverly Hills.

After having it out with Garcelle about her many “digs and jabs,” including a comment to the press about the women allegedly coming for her, Dorit shared why she felt it was crucial to speak with Garcelle at that very moment as Garcelle revealed why she was feeling left out by the group.

“Garcelle was making these digs and these jabs in the group. It really was never when it was just her and I, and this was not something anymore that I could just kind of brush off. It’s not okay, and clearly there’s an issue, so there has to be a conversation about it, for me anyways,” Dorit explained on the September 15 episode of the RHOBH: After Show.

According to Dorit, she was annoyed going into their chat because she felt she didn’t get the results she was looking for at the Rinna Beauty launch, where Garcelle told her “f-ck you” for suggesting her tone was “rude and obnoxious” and mentioning the way she brought up Erika Jayne‘s secret comment (even though it was filmed) about Thomas Girardi calling her daily.

“Garcelle’s the type of person where she’ll poke, and she’ll dig, and then if you confront her, she kind of immediately backs down or takes off. I was still a little bit perturbed,” Dorit admitted.

Meanwhile, in her own segment of the RHOBH: After Show, Garcelle looked back on her confrontation with Dorit, explaining why she felt left out and admitting to sensing her feelings weren’t important.

“[I feel left out of the group] because I do. I think the whole Fox [Force Five]… My feelings are my feelings, whether they believe them or not, they’re still my feelings. Even at the lip kit luncheon, nobody said anything on my behalf,” she noted.

“And [Lisa Rinna], who’s like, ‘We’re going to be friends, I’m going to prove to you,’ didn’t say a word,” Garcelle continued, adding that she can handle her castmates being “more on Dorit’s side” because she’s a “big girl.”

Crystal Kung-Minkoff also weighed in on the ongoing tension between Dorit and Garcelle, saying she believed it’s all “resolvable.”

“I think Dorit feeling the way she did is warranted, and to bring it up and saying it out loud was actually an olive branch,” she suggested. “If you don’t care about someone, you don’t care. You’re not going to say anything.”