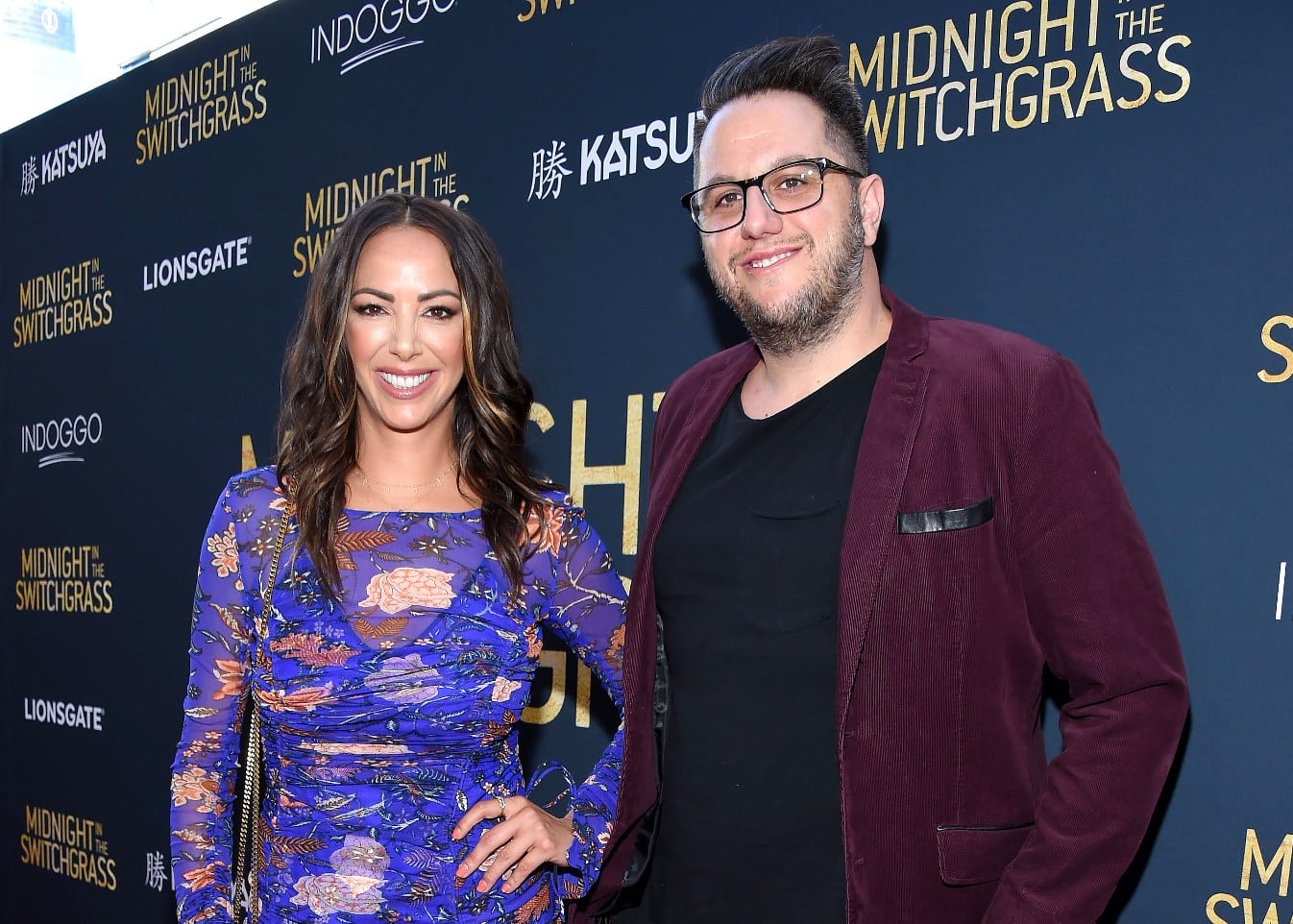 Kristen Doute and Alex Menache‘s relationship took a turn for the worse earlier this week.

According to reports, the Vanderpump Rules alum and her boyfriend of a year-and-a-half prompted rumors of a split after they were confirmed to have unfollowed one another on Instagram as Kristen shared a meme about being “good enough” and revealed she was listening to Taylor Swift.

“I think Kristen and [Alex] have broken up they unfollowed each other,” someone wrote in a message to Blocked by Jax on Instagram, along with a screenshot of Alex’s follower list, which did not include Kristen’s account.

Meanwhile, in a screenshot of Kristen’s Instagram Stories was a meme, which read, “I’ve decided that I am good enough.”

Along with the seemingly telling meme, Kristen told her fans and followers, “I’ve been listening to [Taylor Swift]. Can you tell?”

“Ok she’s on a Taylor Swift bender. They broke up,” Blocked by Jax suspected. 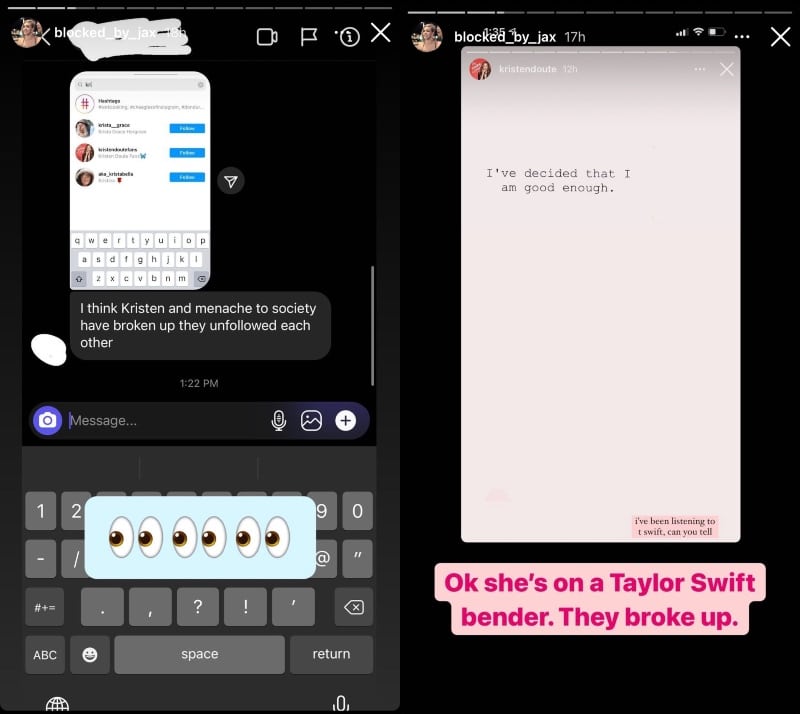 While many assumed Kristen and Alex had surely split, Alex ultimately set the record straight in a comment shared by Blocked by Jax, which also explained why the two of them were no longer following one another.

“Haha no. Kristen threw a fit the other night and hastily blocked me,” Alex revealed. “I didn’t even know it until now and we forgot to follow back. Everything is good, calm down bored ladies.” 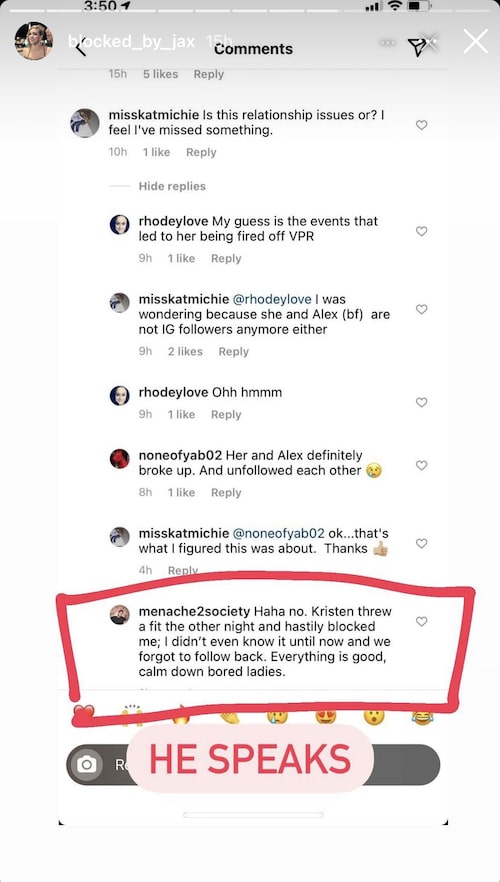 While Kristen, who recently put her Los Angeles home on the market for $1.3 million, has yet to comment on what she “threw a fit” about, she did appear to confirm that all was well with her and Alex hours after their supposed split was reported.

On her Instagram Stories, Kristen first shared a screenshot of Taylor Swift’s 2020 single “This is Me Trying,” which includes lyrics, such as “I got wasted like all my potential,” “And my words shoot to kill when I’m mad,” and “I have a lot of regrets about that.”

She then added a second post, which included a meme that said, “Dear Music, thank you for saving me again.” 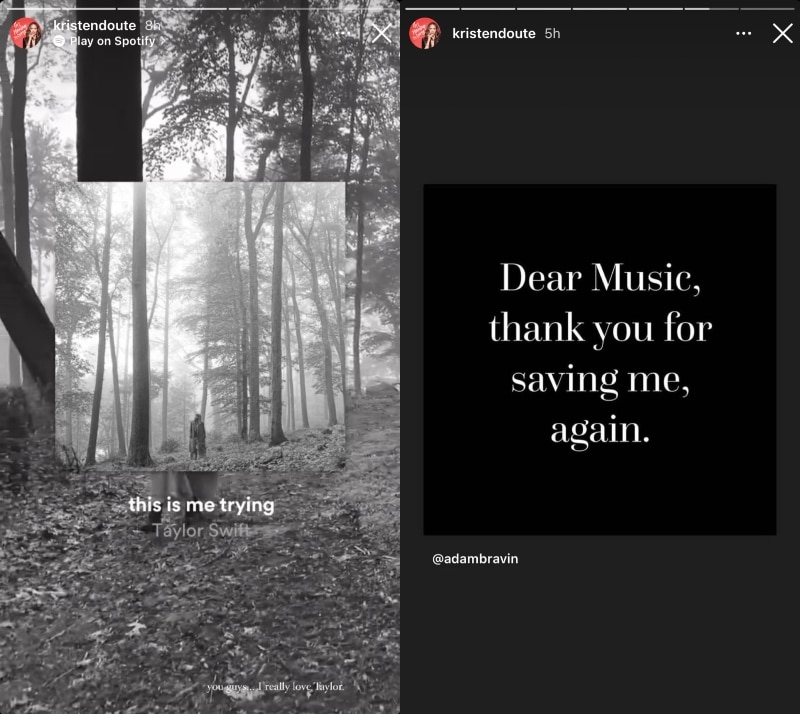 Last July, after Kristen was fired from Pump Rules after being accused of racist behavior, Alex shared a message of support for his girlfriend.

“This woman has been put thru [sic] the ringer these last few weeks and has taken it like a champ,” Alex wrote on Instagram. “Anyone that knows you knows your heart is pure and kind. She has dealt with it with grace and strength, and is putting in the work behind the scenes.”

“I honor you [Kristen] and will always be your #1 big idiot fan!” he added