Home Real Housewives of Beverly Hills News The Real’s Adrienne Bailon Calls Out Dorit Kemsley for Screaming at Garcelle Beauvais at RHOBH Reunion, Tells Her to “Pipe Down” and Says She’s “Pissed”

The Real’s Adrienne Bailon Calls Out Dorit Kemsley for Screaming at Garcelle Beauvais at RHOBH Reunion, Tells Her to “Pipe Down” and Says She’s “Pissed” 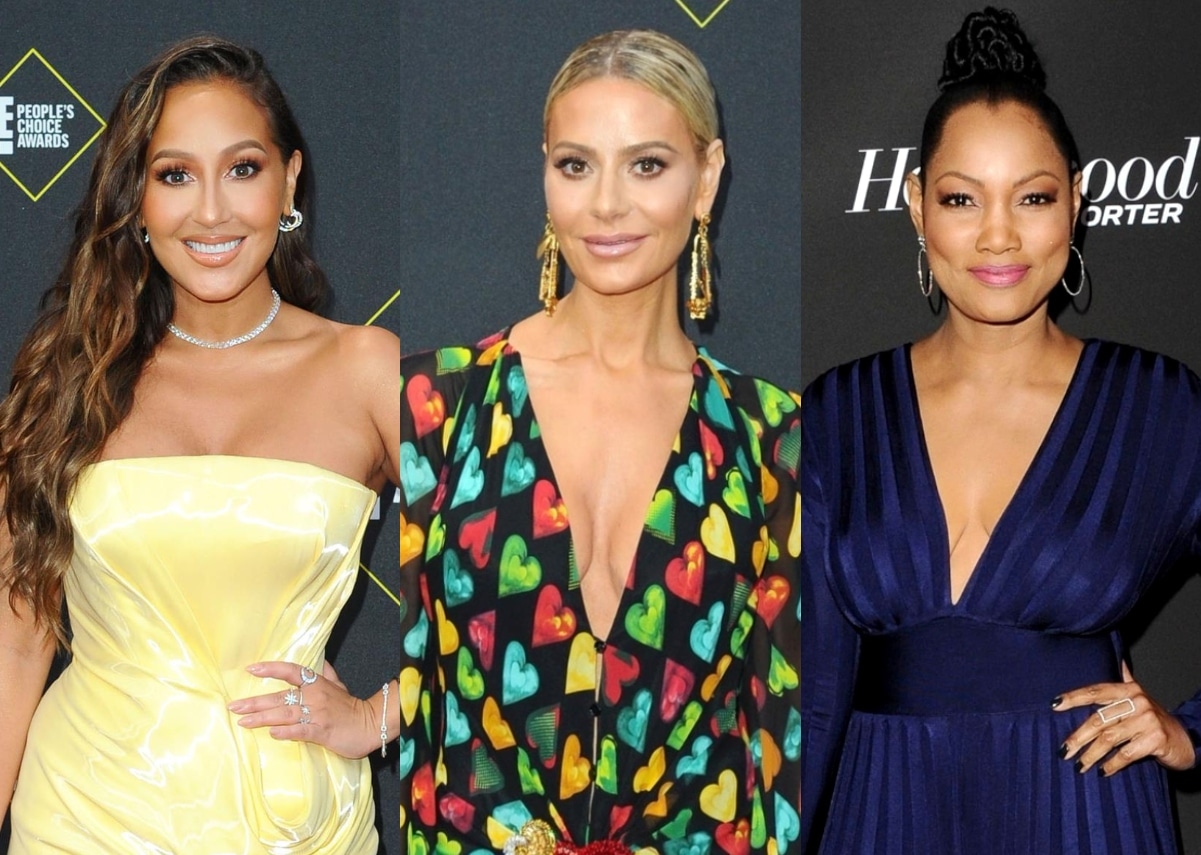 Adrienne Bailon is “pissed” after watching a sneak peek of The Real Housewives of Beverly Hills reunion.

After her co-host on The Real, Garcelle Beauvais, shared a clip of the four-part special on her Instagram page, which featured an encounter between her and Dorit Kemsley, Adrienne let her thoughts be known in a couple of comments to the post.

In Garcelle’s clip, she’s seen calmly telling Dorit, “You don’t know that,” before Dorit begins screaming at her.

“Let me finish, Garcelle!” she yells.

In response, Adrienne told her co-host that “Dorito” needs to “pipe down.”

“Oh I shouldn’t watch this! tell Dorito to pipe down!!! Who does she think she’s talking to?! Now I wanna fight [and] its 8:22 in the morning. I’m choosing violence today after watching this damn clip. I’m pissed,” Adrienne wrote in her first message to Garcelle.

Then, in a second post, Adrienne suggested she could never remain as calm as Garcelle and would likely end up in jail if she was faced with the behavior that Garcelle has been forced to deal with.

“This show will end up sending my a– to BAD GIRLS CLUB or JAIL. You are better than me. Deada–,” she wrote. 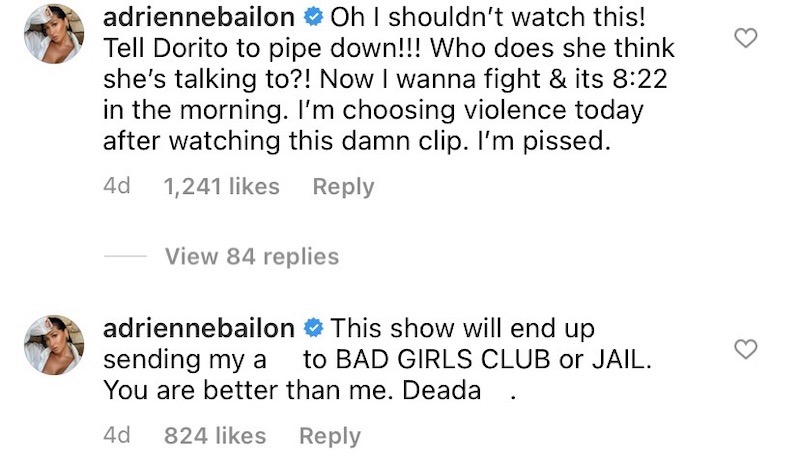 In addition to facing off at the RHOBH reunion, Garcelle and Dorit were also at odds during filming on season 11, with Dorit frequently accusing Garcelle of taking “jabs” at her and Garcelle suggesting she’s been left out of the group by Dorit and other women on the show.

“Garcelle was making these digs and these jabs in the group. It really was never when it was just her and I, and this was not something anymore that I could just kind of brush off. It’s not okay,” Dorit said on a September episode of the RHOBH: After Show. “Garcelle’s the type of person where she’ll poke, and she’ll dig.”

Meanwhile, in her own segment, Garcelle admitted to feeling left out by the women, many of whom are part of the Fox Force Five friend group.

“I think the whole Fox [Force Five]… My feelings are my feelings, whether they believe them or not, they’re still my feelings,” she stated.

Garcelle has also accused Dorit of talking too much, as have many members of the cast, but according to the reunion sneak peek, it is Dorit who felt she wasn’t being heard.