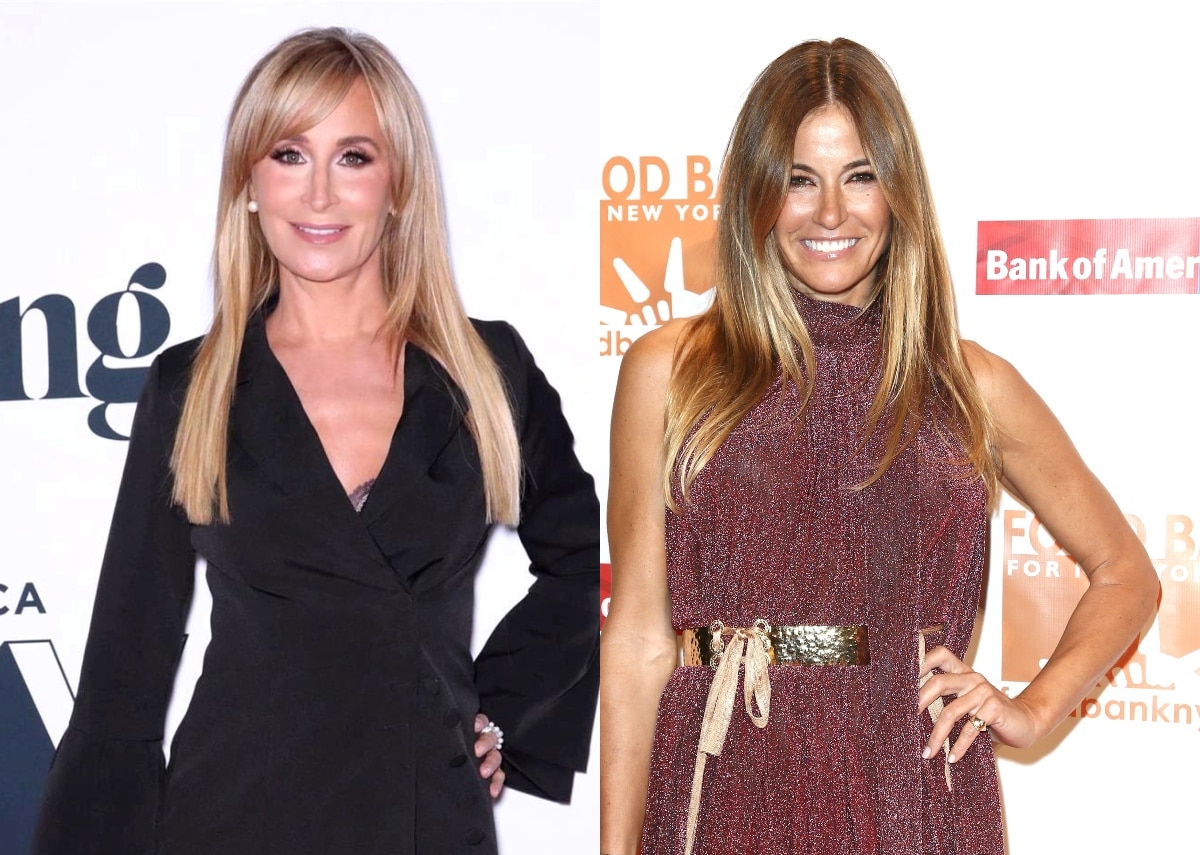 In the recently-released Bravo-based tell-all, Not All Diamonds and Rosé: The Inside Story of The Real Housewives from the People Who Lived It, executive producer Matt Anderson looked back on the St. John getaway as Sonja Morgan opened up about Kelly Bensimon‘s “crazy” behavior.”

“Scary Island is without question, the hardest cast trip I’ve ever done for any Bravo show,” Matt said in the book.

According to Sonja, RHONY cameras didn’t catch much of the drama that went down on the island, much of which was based around Kelly, as well as her messy encounter with Bethenny Frankel.

“Something was wrong with Kelly. She was off that whole trip. She thought Bethenny was trying to kill her!” Sonja recalled. “She was telling everyone she threw up the night before she came on the trip because she was worried Bethenny was going to come after her.”

During one dramatic dinner party amid the trip, Kelly raised concern amongst her castmates as she rambled about Al Sharpton and Gwyneth Paltrow.

“When we sat down at the table, she was screaming nonsensical things like, ‘Al Sharpton!’ I was trying hard to chat with her but nothing was making sense. She kept talking about the press and her friend, that Paltrow girl,” Sonja shared. “She was going off on the side like a crazy person. She kept repeating the producer’s name over and over again. At one point, they had to put the cameras down and tell her to go to her room and stop. It was crazy. We’ve never had a situation like that again on the show where somebody was actually not in a healthy situation.”

Kelly however shared her own side of the drama, also in the book, explaining that she kept repeating the producer’s name in an attempt to get the cameramen to stop filming.

Kelly also dished on what led up to the drama behind the scenes.

“Let me give you the behind-the-scenes of that trip. I was filming six days a week, from the very beginning to the very end. I filmed all the time, and I thought I was doing great. It was one of my best years. but my agent was like, “They are really mad at you and they don’t know if they’re going to bring you back.” I don’t know why all this pressure was on me, but there was a lot of animosity and they told me that they were going to cancel me if I didn’t go on the trip. That’s why I said at the reunion that I was forced.”

Throughout the evening, Sonja found herself truly concerned about Kelly’s mental health, as well as her own well-being.

“I felt very bad for Kelly. Eventually, I put an end to it. I said, ‘You guys need to stop engaging with her because she is cuckoo. This person has a real problem.’ I said, ‘She has a chemical imbalance. We need to protect her. She’s a crazy person,'” Sonja admitted.

Sonja then revealed that rather than sleep alone, she chose to shack up with Ramona Singer — for protection.

“I slept in Ramona’s room that night. Because one thing about Ramona is, you know, nothing is going down with Ramona. [Luann de Lesseps], she’ll run into the closet and leave you hanging there. But Ramona’s a fighter. And I was very nervous for my life,” she added.