RHOP’s Mia Thornton Reacts to Ashley and Husband Gordon’s Feud as Ashley Questions His Intentions and Gizelle Says He Was “Wrong,” Plus Live Viewing Thread 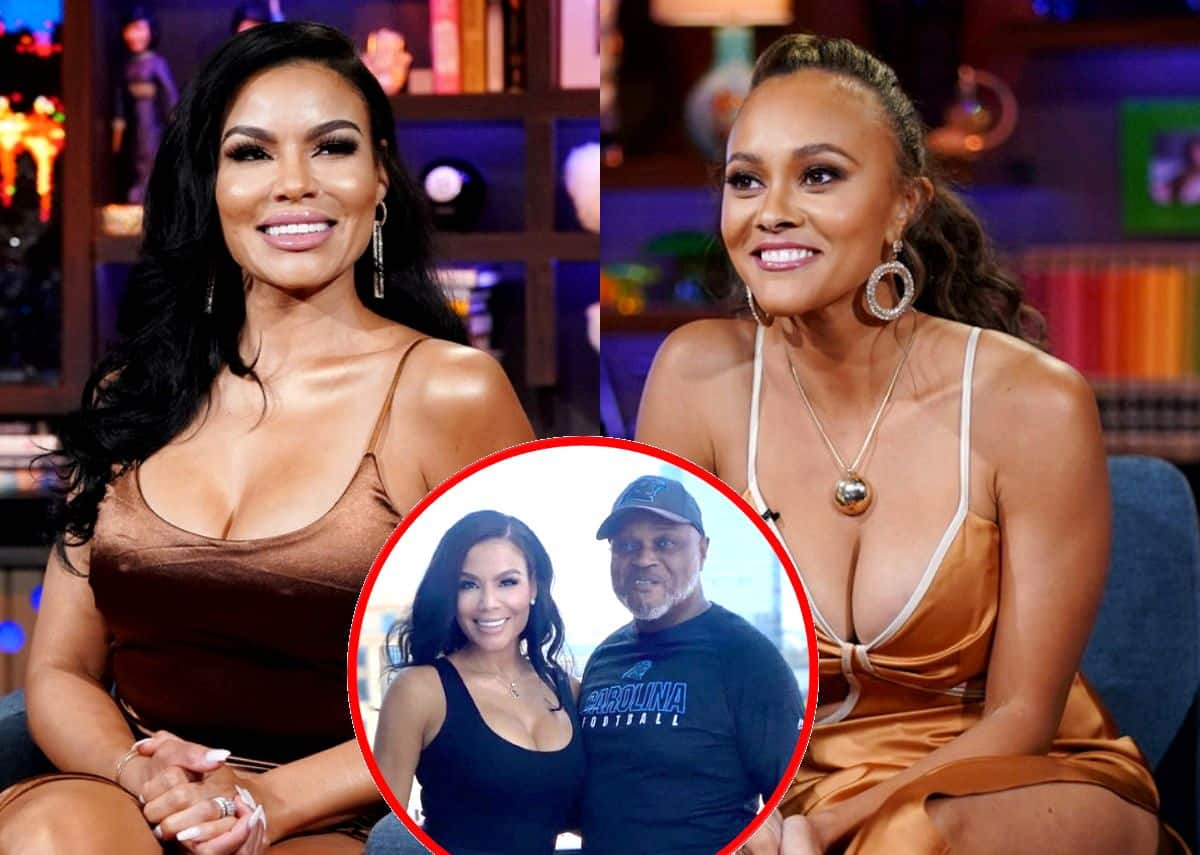 Mia Thornton is reacting to her husband’s antics against Ashley Darby on last week’s episode of The Real Housewives of Potomac.

After Gordon Thornton was seen acting extremely patronizingly towards Ashley as she attempted to catch some shut-eye on the bus ride home from their boating adventure, Mia applauded her hubby‘s funny commentary as castmate Gizelle Bryant shut him down for his out-of-line behavior.

“Gordon is definitely a character. I will say it was funny, just saying,” Mia shared on the October 17 episode of the RHOP After Show.

Looking back at the incident, Ashley said that she had been in dire need of sleep after welcoming her second son just a short time before the scene was shot.

“Everything was just kind of catching up to me, the not sleeping at home and the not sleeping the night before. And the car just being so comfortable and warm and I was nuzzled up in the corner, just the perfect scenario for a nice little nap,” she noted.

But unfortunately, Gordon was bizarrely bothered by her decision to take a nap and continued to comment about it.

“I can take a joke. It’s fine if someone jokes but the fact that Gordon just kept getting louder,” she revealed, adding that she was confused at Gordon’s intentions.

“I don’t know what sort of reaction he was trying to get out of me or anyone else on the bus but what really perturbed me was that he wouldn’t stop. Like, ‘I’m not interacting with you. No one else on the bus is saying anything. You have to stop.’ And he just kept going and going and going,” she explained. “And then I was wondering like, ‘What is his real intention? Is he trying to embarrass me? Is he trying to ridicule me?’ His tone changed as he kept saying it and I was like, ‘Why is Gordon acting like this about me sleeping in the back of the bus? Why are you talking about it like that? Why?”

Gizelle was also put off by Gordon’s behavior, noting that because Ashley had just recently given birth, any second she can get some sleep is “like a piece of gold,” and pointing out that although Gordon claimed he was just joking, she wasn’t buying it.

“Were you really joking, Gordon? Because you was really coming for Ashley for no reason,” she stated.

“Who cares that Ashley’s sleeping? Leave her alone. I’m going to have to say Gordon was all the way wrong. It wasn’t nice. And it was like, ‘Let the woman sleep. She’s not bothering anybody. She just wants to sleep,’” Gizelle added.