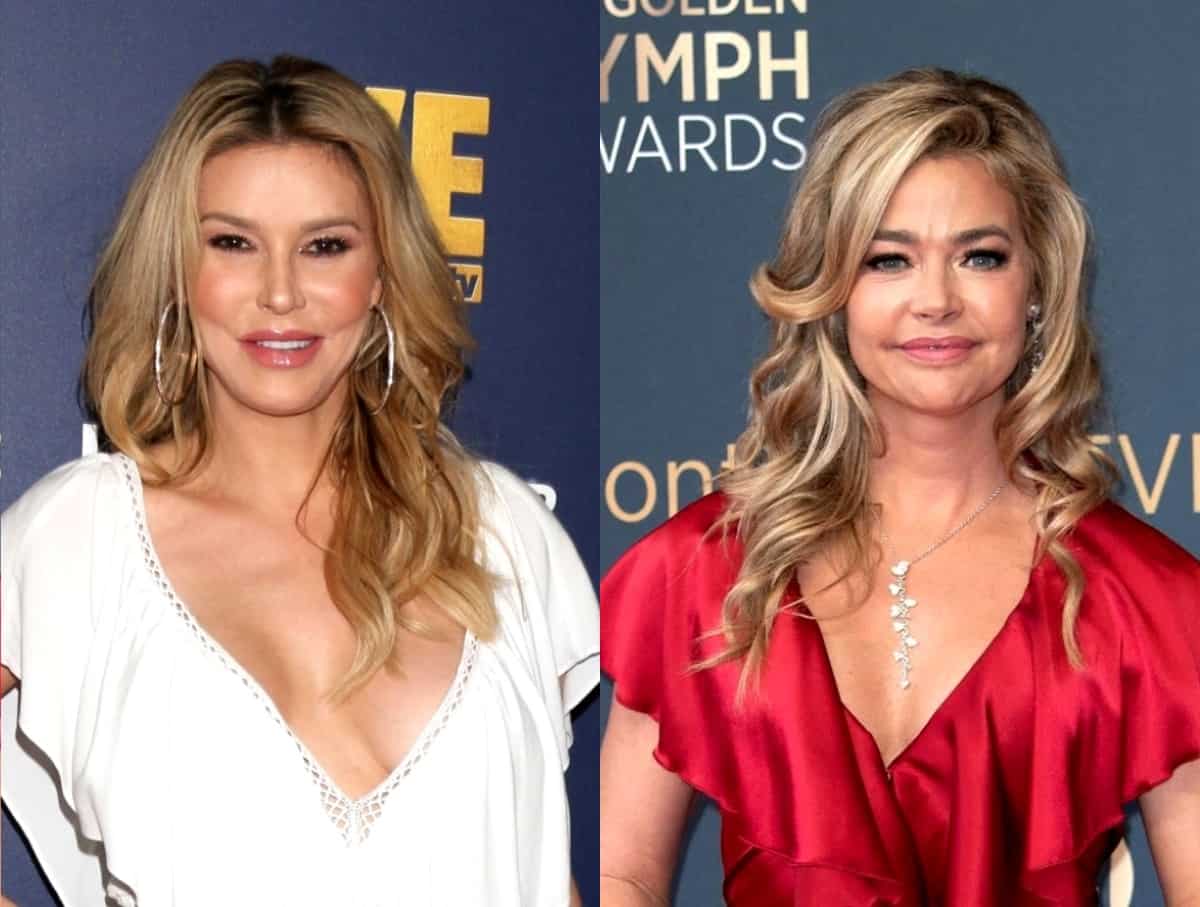 Brandi Glanville claimed she wasn’t lying about having an affair with Denise Richards amid the 10th season of The Real Housewives of Beverly Hills, and producers of the show seem to believe her.

Reporter Dave Quinn‘s new book, Not All Diamonds and Rosé: The Inside Story of The Real Housewives from the People Who Lived It, hit bookshelves on October 19. In the book, executive producer Chris Cullen said he and his fellow producers “did a lot of research” and found no evidence of Brandi “ever lying” on the show.

“She told the truth about [Adrienne Maloof], she told the truth about Lisa Vanderpump,” Chris explained, according to excerpts shared by E! News. “People may not believe her, but she told the truth about [Kim Richards] being a f-cking mess. She might have gotten her drug of choice wrong, but Kim was using again and fallen off the wagon. All of that was true. So, yes, the critics will say that Brandi is not credible and they will cite examples, but they are incorrect in what they’re citing. We don’t really have evidence of Brandi ever lying.”

As RHOBH fans will recall, the allegations Brandi made against Denise provided one of the main storylines of season 10, even though Brandi wasn’t a featured cast member at the time.

Looking back at the moment in which Brandi came forward with her claims at a party thrown by Kyle Richards, Lisa Rinna said producers had prepared the cast for the bombshell, something along the lines of, “Okay, we’re going to have a party at Kyle’s and we’re just going to invite everybody and we’re going to bring out all the O.G.s because nothing is going on.”

Also in Dave’s book, Andy Cohen revealed that when it came to the season one limo scene between Kyle and Kim, during which Kyle called Kim an alcoholic and Kim accused Kyle of stealing her house, both women were “begging” Bravo and their producer to “take the scene out of the show.”

Producer Dave Rupel also spoke out, explaining that Kyle and Kim have a complicated past.

“In Kim’s viewpoint going back a long way, her sisters wouldn’t have the lives they did if Kim had not been a successful child actress … Kim’s husband was a rich oil guy, so she had been at the top of the heap, but when she divorced him and her drinking became a problem, she lost everything. So in that limo, when she said, ‘You stole my goddamn house,’ in her mind, she was going back years,” he shared.