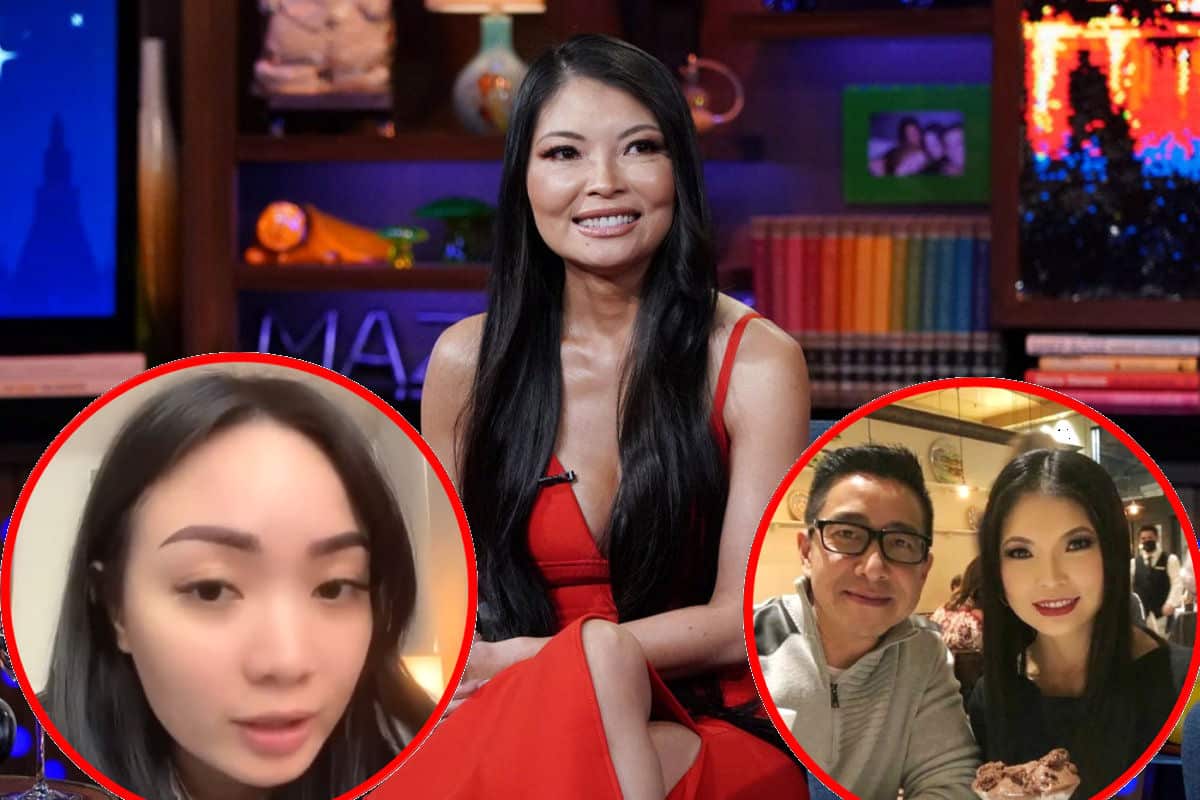 Jennie Nguyen just responded to shocking claims made by her niece.

Weeks into the second season of The Real Housewives of Salt Lake City, the first for Jennie and her family, Jennie is fighting back against allegations of a fake storyline after she and husband Duy Tran were put on blast for allegedly being willing to do “anything” for money.

“I have some tea about a Real Housewives cast member. I’m not going to say any names but she’s been recently getting attention as a new housewife and I guess in the recent episode her husband gave her like a sister wife proposition,” Jennie’s apparent niece, Tiff, began in a video shared to her TikTok page last week.

While looking back at Duy’s recent on-camera suggestion that he and Jennie, who has struggled with devastating fertility issues, should welcome a sister wife into their relationship, Tiff said she found it odd to think that Duy wanted more kids because he “didn’t take care of his kids when they were little.”

“She’s milking this whole, crazy like, ‘I came from nothing’ storyline, which is not true at all. These people are so disgusting. They’re willing to do anything for money and I know this because she’s my aunt,” Tiff continued.

According to Tiff, Jennie used to stay with her family. And during that time, Tiff explained, her parents did a lot to help Jennie.

“My parents helped her so much, helped her in any way they can, looked after her kids, etc. And she threatened to sue them and throw them in jail so her husband and her could get some money,” she alleged.

In a comment shared to one of her latest photos, the person asked Jennie, “What is the story behind your niece calling you out?”

In response, Jennie said she had no idea what prompted the online attack and said she hasn’t spoken to Jennie and her family for nearly a decade.

“To be honest, I don’t know. I haven’t talked or seen them for over [nine] years. She wasn’t even born when I was in college struggling,” Jennie shared. 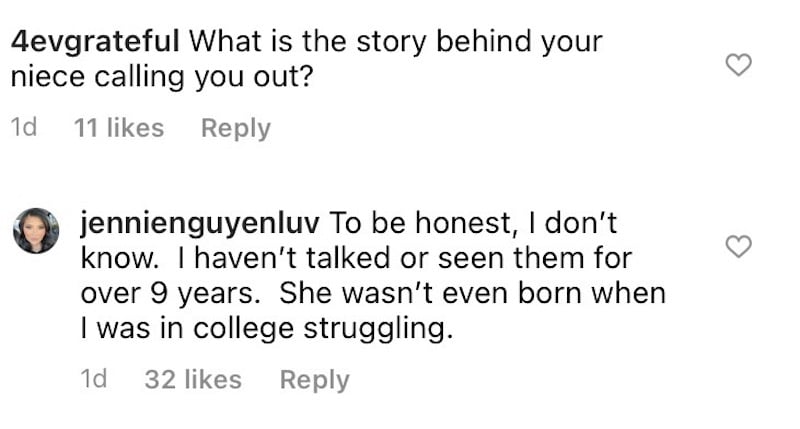