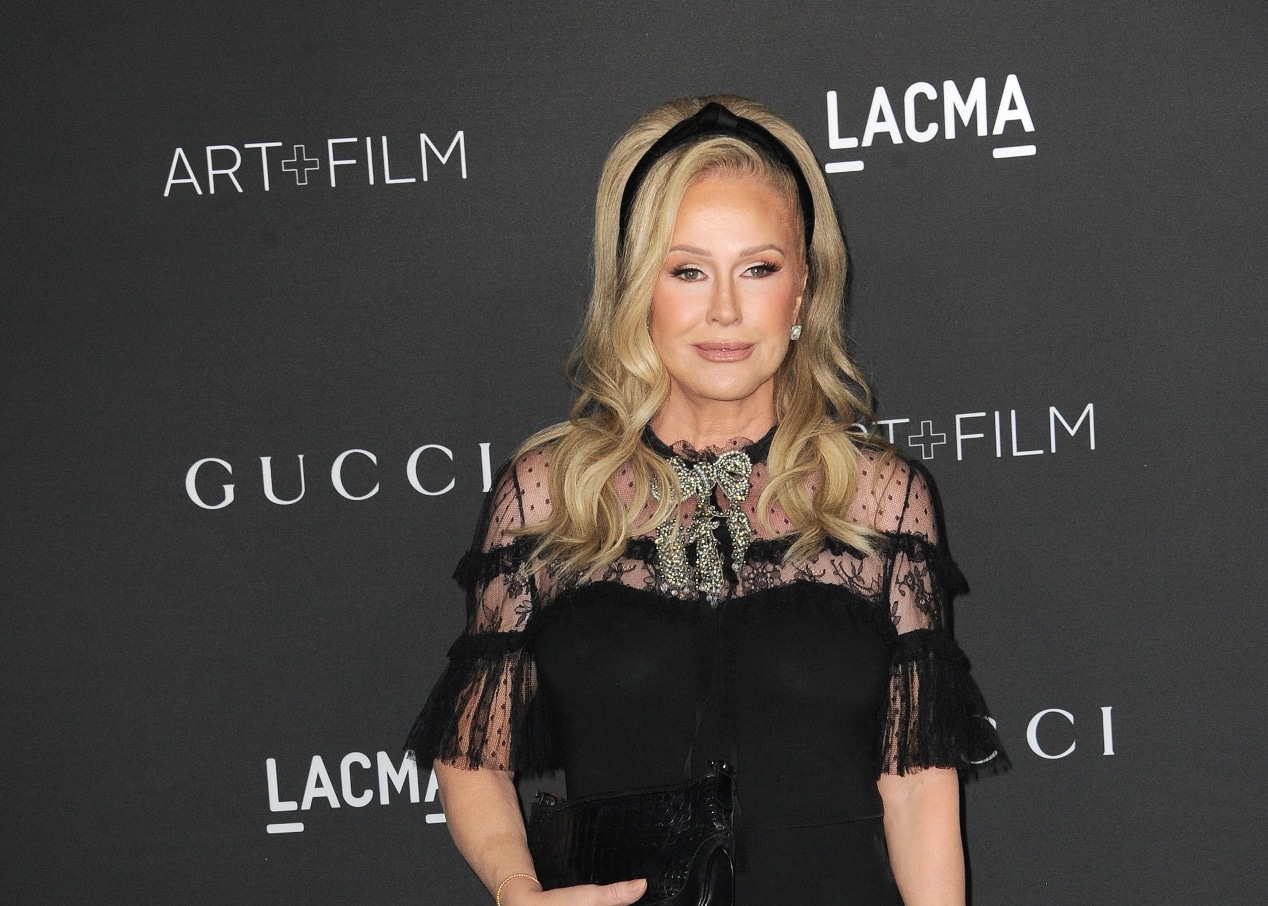 Kathy Hilton addressed her future with The Real Housewives of Beverly Hills ahead of her daughter Paris Hilton‘s lavish wedding in Los Angeles last week.

After being missing in action from two major cast events, including Kyle Richards‘ store opening in Palm Springs and Sutton Stracke‘s fashion show event at her namesake store in West Hollywood, Kathy offered a somewhat cryptic statement regarding what tomorrow will bring.

“You know, I don’t know what I’m doing tomorrow,” Kathy told Entertainment Tonight ahead of daughter Paris’ wedding last Thursday. “I could be skiing off Mount Everest. I don’t right now. I’m just concentrating on the wedding.”

While the wedding has come and gone, the festivities have continued. And as Kathy revealed, she and her family will soon be embarking on a post-wedding getaway, which means more time away from the ongoing production on RHOBH season 12.

“We are taking a family trip for a week and then they go off on their honeymoon,” she revealed.

Kathy also gushed over her oldest daughter’s new husband, saying Carter is “so kind” and treats Paris “like a lady.”

“He’s just wonderful. He’s upbeat… His family’s wonderful… We’re a very big, happy family,” she gushed. “She’s ready to settle down, and be married, and have a partner, and start a family as soon as they’re able to.”

As RHOBH fans may have seen, a report from TMZ last week suggested that Kathy was refusing to film her season 12 contract because she didn’t feel the offer was high enough. And when her sister, Kyle, was questioned about her absence amid filming, all she would say was that Kathy wasn’t filming that day because Paris was set to wed.

Following Paris and Carter’s wedding last week, a number of festivities continued through the weekend, including their neon carnival, which was attended by Faye Resnick, Kim Richards, and others. Photos of the event can be seen below.

On Kyle’s Instagram, she shared a number of photos, including one in which she and Kathy were seen singing on stage.

“This pictures makes me LOL… we didn’t know the words to the song so [Kathy Hilton] & I made up the words & here we were singing about her broken shoe,” she wrote.

She also did a wedding roundup post, which included photos from several of Paris and Carter’s events.

“What a beautiful weekend celebrating [Paris and Carter]. [Three] days of celebrations with family & friends old and new. Now we rest,” she captioned her slideshow.