RHOP Reunion Recap: Gizelle Claims Wendy Was Rude to Daughter as Candiace Accuses Ashley of ‘Colorism,’ Plus Karen and Gizelle End Their Feud 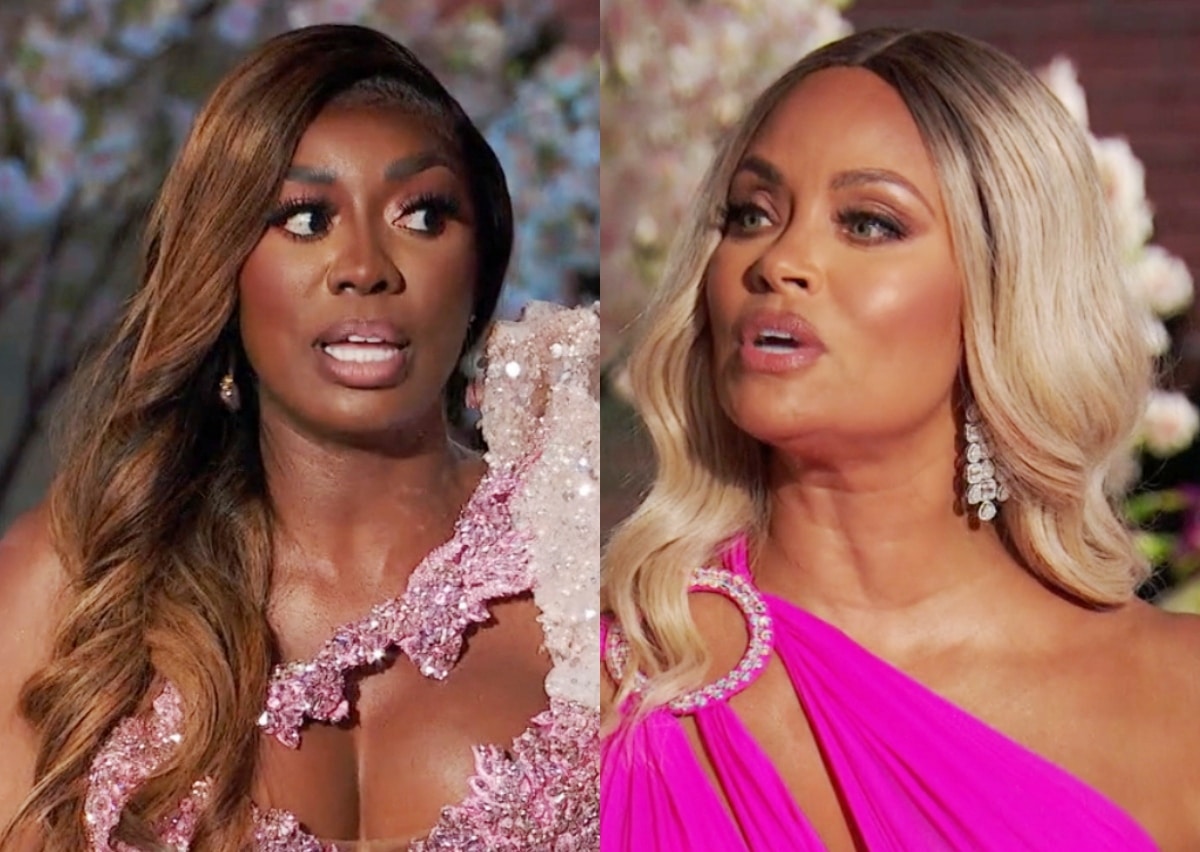 We are back with our feuding Real Housewives of Potomac. Will these ladies be able to put their differences aside? Grab your cocktails and let’s get down and dirty in Potomac, shall we?

Candiace and Mia continue to fight about Valerie’s story being told on the show. She thinks that Mia used her mom’s life story as her storyline for the season. Mia insists Valerie wanted to tell her story so she could possibly inspire others so they can see there is hope following addiction. Mia gets fed up with Candiace’s lack of accountability and sentences her to a good a*s kicking. I was waiting for Candiace to say, “Are you going to drag me?”

Karen tries to explain to Candiace that her comments cut to the bone. She tells her she is going to get iced out of this group over her vicious comments. Candiace believes they hold her to a higher standard. She thinks she is better at using her words than the rest of them. Mia thinks that Candiace has “rehearsed a*s reads.” Side note: I think they are all guilty of that in their ITMs.

Candiace gets called out on her body shaming. She wonders why she is held accountable since everyone does it. A viewer wants to know if Candiace has considered anger management. I was on the edge of my seat waiting for that answer, but it got glossed over.

Andy asks Wendy if she believes Candiace cuts the others to the core. Wendy defends Candiace even though she knows she is out of control, but she praises her since she sticks the landing. Once Candiace targets Dr. Wendy she will not be so conciliatory. Robyn tries to make Candiace understand that she takes it too far. She tells her she will get tuned out .

Andy wants to know what transpired after their heartfelt apology on the boat. Mia attributes it to watching the season back. Andy tells Mia that she has become a disaster on social media. Mia owns that she is a trainwreck on social media and is trying to be better. She claims her social media manager is responsible for the negative comments. No one, I mean no one, believes that.

Askale then comes to life like a puppet andwants to know why Mia has been targeting her. She thinks the “social media manager” has been working overtime since these posts are being made at 7 a.m.

Askale then gets called out about being classist. She thinks the way Mia brags about her money and success is tacky. Andy releases Askale after this scene for a break, and honestly, she could have just called in for that appearance. Wendy goes backstage to talk to Candiace since “she is her girl.” She obviously has a pact with Candiace to have each other’s back.

Andy commends Karen and Gizelle on the positive moments they had this season. Production then proceeds to treat us to all their ugly moments throughout the year.

Andy asks Karen about the fiery box comment regarding Gizelle. This came from the blog that spread the Eddie rumors. Karen is willing to issue Hampton University an apology but holds firm to the whore part. We must hear all about the death threats on Ray comments — again. Karen says her daughter Rayvin could not stand Gizelle over what she has said about her family.

Gizelle tells Wendy that she looked at Grace all cockeyed crazy at her driveway event. Wendy denies any such thing, and the clip shows Wendy giving some side-eye, but not sure who that was directed at since she came in hot to that event. Either way, Wendy immediately apologized to Grace but noted that Gizelle also owed her kids, who are of reading age, an apology as well. Karen gets called out by the viewers over her outrageous comments about Gizelle, including calling her an “alcoholic” and a “drug addict.” She does regret that they got so vicious with each other.

Andy tries to get them both to say something positive to each other. Gizelle gets emotional when she remembers how Karen was around her kids. She was so happy that Karen was able to put their differences aside to show her girls some kindness. Karen gets emotional hearing Gizelle telling this story and does not want to cry.

Karen tells Gizelle she is a phenomenal mother, and she wants to move forward with her. She is willing to get up and hug her and they have a truce for the moment.

Ashley is feeling very sexual again. Gizelle wants to know if Ashley is all in for ladies as well like in the past. She does not deny that she would partake in that again. Gizelle wants to know why Candiace thinks it is OK to call Ashley’s postpartum body wide-bodied. A viewer wants to know if Candiace is jealous of Ashley being a mother. Candiace does not appear to be looking forward to the changes your body goes through to have a family. She might want to wait on that. Side note: Can you imagine Dorothy being a grandmother to her children and the influence she will have on them? Chris and Candiace think they have problems now — just wait.

Candiace thinks that Ashley has an advantage over her since she has light skin, which makes her privileged. She thinks making a dry hair comment to her is a dig at a darker-skinned woman. Wendy wants to know if Ashley thinks colorism is prevalent in this group. Ashley reminds the group that she is biracial and cannot change that fact, and she does not see that being an issue in this group.

Ashley then calls Candiace out about calling Michael an “overseer.” Candiace thinks that Ashley needs to find another way to earn her check. She then pivots and just cannot go on anymore since she has been so hurt by a previous slight from Ashley and is looking for a “cryangle” to blot her tears. (Thanks to ClickClick for that perfect description in the comments.)

Candiace is holding a grudge since Ashley wrote that statement of support for Monique. She can never trust her again since she is still friends with Monique. Andy then mentions these two warring divas were hanging out in NYC and seemed to get along simply fine, though. Hmm, this is all a little contrived storyline for these two.

Andy discusses Wendy and her transformation this season. Wendy has been no Zen Wen, and her usually calm exterior has been crumbling all season along with her makeup. She says that she is furious over how she was treated over her transformation. Robyn called Wendy loose, and she took it as being called a whore. Gizelle felt like they were with a new castmate. A viewer wants to know if Wendy rehearses her reads. Wendy then grabs Andy’s mic and starts pontificating that she is a wordsmith and can articulately defend herself at a moment’s notice. Just kidding on the mic part, but don’t you think she would have loved to do that?

Andy must mention the candle wars between Karen and Wendy. We now find out that Mia also has a candle, and it has already made it to the market. Wendy very pompously announces that she now has a five and seven-wick candle. Take a seat, Dr. Wendy, it is not that impressive that you threw in a few extra wicks into your candle.

Side note: Why did we have to find out that Robyn is constipated and she couldn’t sh*t during the lunch break? Maybe the Pepto-Bismol pink set is having an effect on her?

Andy mentions the blogs about Eddie having an affair. Wendy is pissed that the rumor was mentioned on the show since the blog had barely any readers. Side note: Did you all see how many times our site was profiled on this episode?

Wendy gets her chance to tell Gizelle that she is misogynistic. She acts like she did not get a makeover to keep her man. Wendy wants to know how that worked out for Gizelle when she had a tummy tuck to keep Jamal. She is on a mission to bring down her detractors, but she has made herself look foolish in the process — again.

Next week, the men join us, and the preview makes us think Nicki Minaj is coming too. Bravo is probably saving that for the final episode of the Reunion. Take care, my fellow Blurbers, and see you all next week!