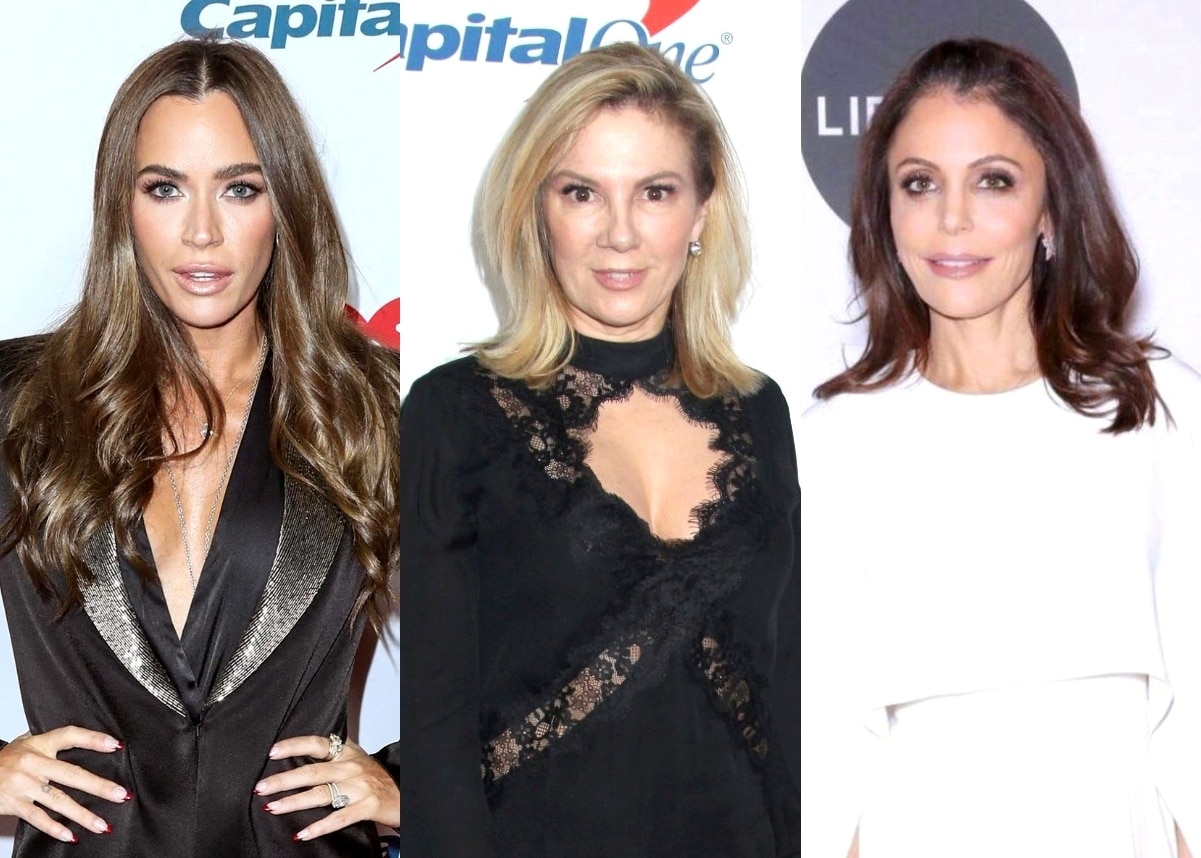 Teddi Mellencamp looked back on an odd encounter with Ramona Singer during the debut episode of her new podcast with Real Housewives of Orange County alum Tamra Judge.

Over a year after exiting The Real Housewives of Beverly Hills, Teddi detailed her run-in with Ramona before sharing her thoughts about her season 11 cameo and taking aim at Bethenny Frankel for the comments she made about the recently published Real Housewives tell-all.

“I can say I enjoy watching Ramona on television because it’s outside of me knowing her,” Teddi began on the December 3 episode of the Two T’s in a Pod podcast.

While Teddi may be a fan of Ramona’s antics on RHONY, she didn’t appreciate the way she treated her as the two attended Andy Cohen‘s baby shower in January 2019.

“When I met her at Andy’s baby shower, one, she kept calling me Gina. She just kept.. She’d be like ‘Gina!’ And she even did an Instagram Live and she’s like, ‘I’m with [Gina Kirschenheiter] from O.C.’ And I’m like, ‘It’s Teddi.’ She wouldn’t fix herself,” she recalled. “I didn’t mind that she was calling me Gina. I was more like, if you make that mistake normally, you’re like, ‘Oh sorry, I should learn your actual name.’”

Following her September 2020 exit from RHOBH, Teddi briefly returned to the series for season 11 — but she didn’t like it.

“It doesn’t feel good when you go back in that capacity. It’s a different feeling. It makes you feel yucky afterwards,” she admitted.

Although Teddi is no longer featured on the show, she said that when it comes to her friendships with the ladies, she still keeps in touch with her ex-cast mates.

“People can say whatever they want about the Fox Force Five. Those women [Kyle Richards, Erika Jayne, Lisa Rinna, and Dorit Kemsley] gathered around me and were so there for me in every step of the way when that happened,” Teddi said of the moments that followed her firing. “Like, ‘We love you. This doesn’t change anything.’ Nothing has changed other than I’m not on the show and I don’t have to fight with them anymore and that really shows their character.

Also during the podcast episode, Teddi discussed Bethenny’s ill comments about Dave Quinn‘s book, Not All Diamonds and Rosé: The Inside Story of The Real Housewives from the People Who Lived It, which she slammed for putting a spotlight on “women bashing women.”

“You built your career on bashing women on The Real Housewives of New York. Did you think the book’s going to be any different?” Tamra wondered.

Meanwhile, Teddi pointed out that in taking aim at the content of the book, she was doing the exact thing she claimed to be against.

“When you’re tweeting and doing this, that’s exactly what you’re doing,” she added.