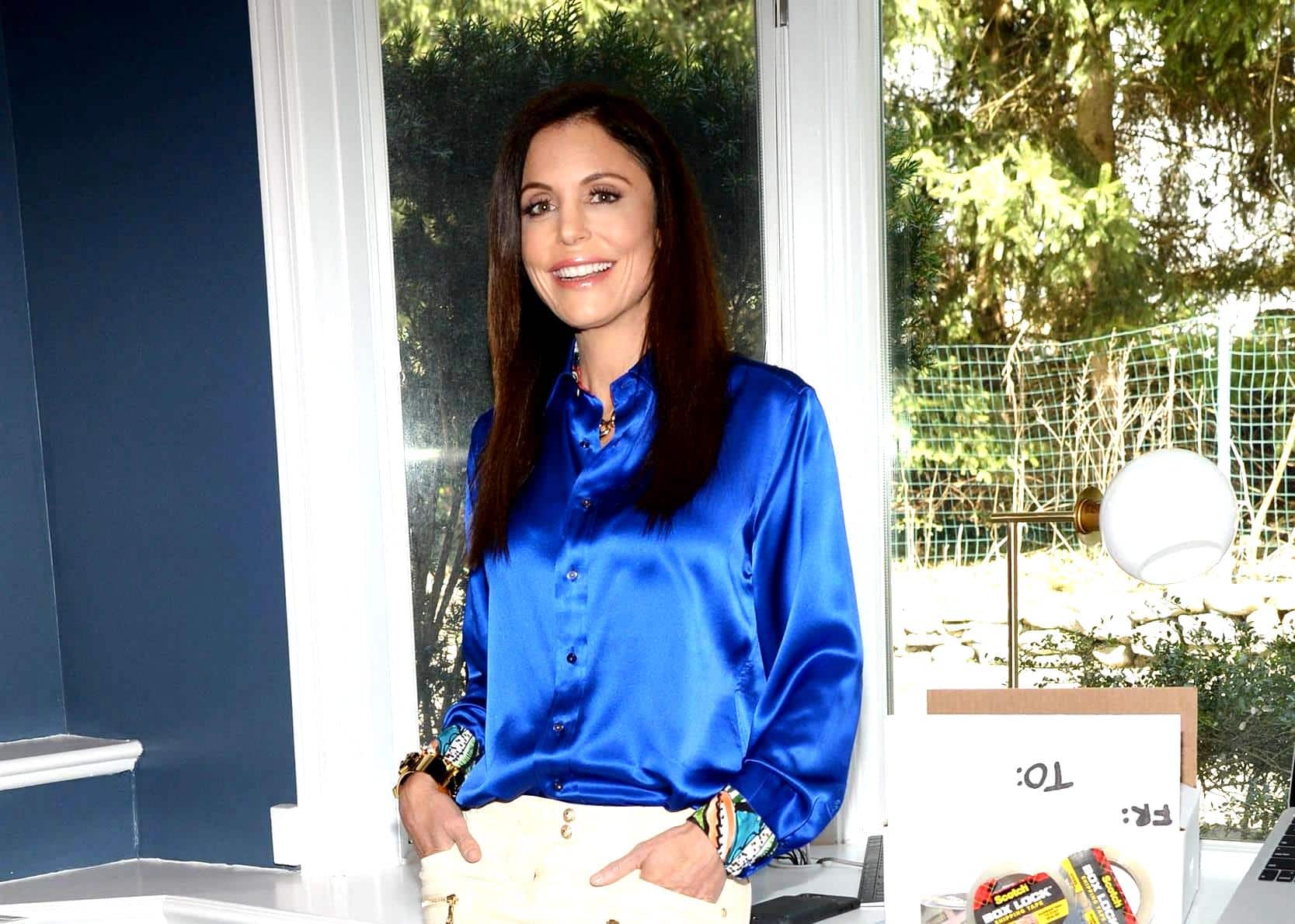 Bethenny Frankel is speaking out about Dave Quinn‘s new Real Housewives tell-all, Not All Diamonds and Rosé: The Inside Story of The Real Housewives from the People Who Lived It.

After the internet was flooded with story after story about the women of the Bravo franchise, many of which weren’t written in their favor, the Real Housewives of New York City alum seemingly threatened to shut down claims made with “receipts” before shading the publication for putting a spotlight on women trashing women.

“I keep receipts. From talent, to execs to producers to cast offs, people can’t resist talking, if there is a day I reveal contracts, $ #s, lawyer emails & #mentionitall will be interesting,” Bethenny tweeted on October 19. “I’m a vault & the powers that be rely on my secret keeping. You know it.”

As RHONY fans may have seen, Carole Radziwill and Ramona Singer claimed in Dave’s book that Bethenny had set up the photo she used to prove Luann de Lesseps‘ now-ex-husband, Tom D’Agostino Jr., was cheating on her. Carole added that Bethenny’s supposed support for Jill Zarin at the funeral of the late Bobby Zarin was all for show.

“Nobody was better at that than Bethenny,” Carole alleged.

Also in the book, executive producer Lisa Shannon said Bethenny left the show after season 11 because she “wanted to be paid more.” However, according to the tweet shared above, there may be much more to the story, and soon, Bethenny could share new details on her podcast, Just B With Bethenny Frankel.

As she continued to come across information regarding Dave’s book and the comments Housewives made in it, Bethenny was met with a fan who wanted to know if Andy Cohen was “getting a cut.”

“No clue. I vaguely remember being approached about it [and] taking a hard left… but I don’t know,” Bethenny admitted. “It just keeps coming up. Yay for them but every day from me to Carole to Kelly to Teresa to Danielle to Heather to Sonja etc. Nobody gets out without paying the bill…” 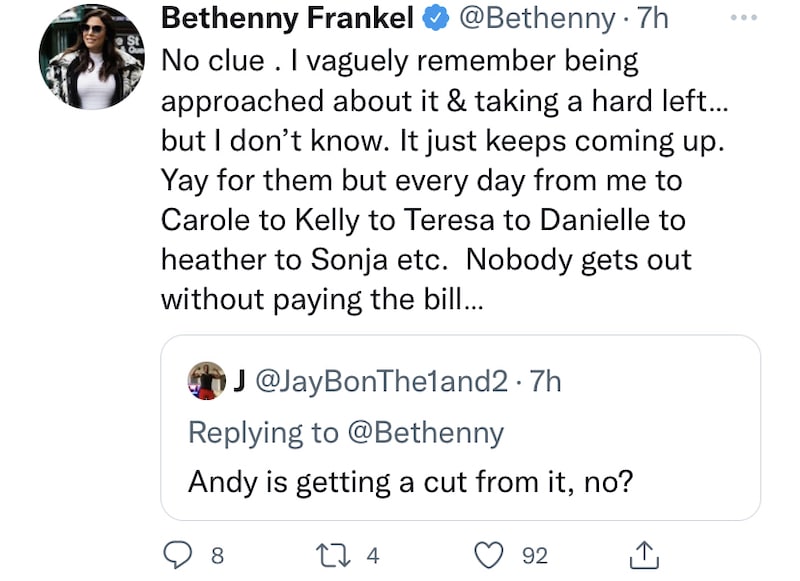 While Bethenny may not know it, Andy is likely getting a good portion of the earnings from the book as his publishing company, Andy Cohen Books, is the one who released it.

In a third tweet, Bethenny took aim at Not All Diamonds and Rosé for capitalizing on the negativity between the ladies of the shows.

“I think we need more stories about women trashing women…. Or… we can publish a book about it? Is that a good idea? #2021,” she wrote. “PS. I’ve had my regrettable moments but capitalizing on our weaknesses? That’s ‘rich’ … literally #WomenSupportingWomen lol.”

Not All Diamonds and Rosé: The Inside Story of The Real Housewives from the People Who Lived It was released on October 21.