Home Real Housewives of Beverly Hills News Brandi Glanville Explains Why She’s Not Speaking to Kim Richards, Reveals Who She Had Least Fun With on RHUGT and Talks Future RHOBH Return

Brandi Glanville Explains Why She’s Not Speaking to Kim Richards, Reveals Who She Had Least Fun With on RHUGT and Talks Future RHOBH Return 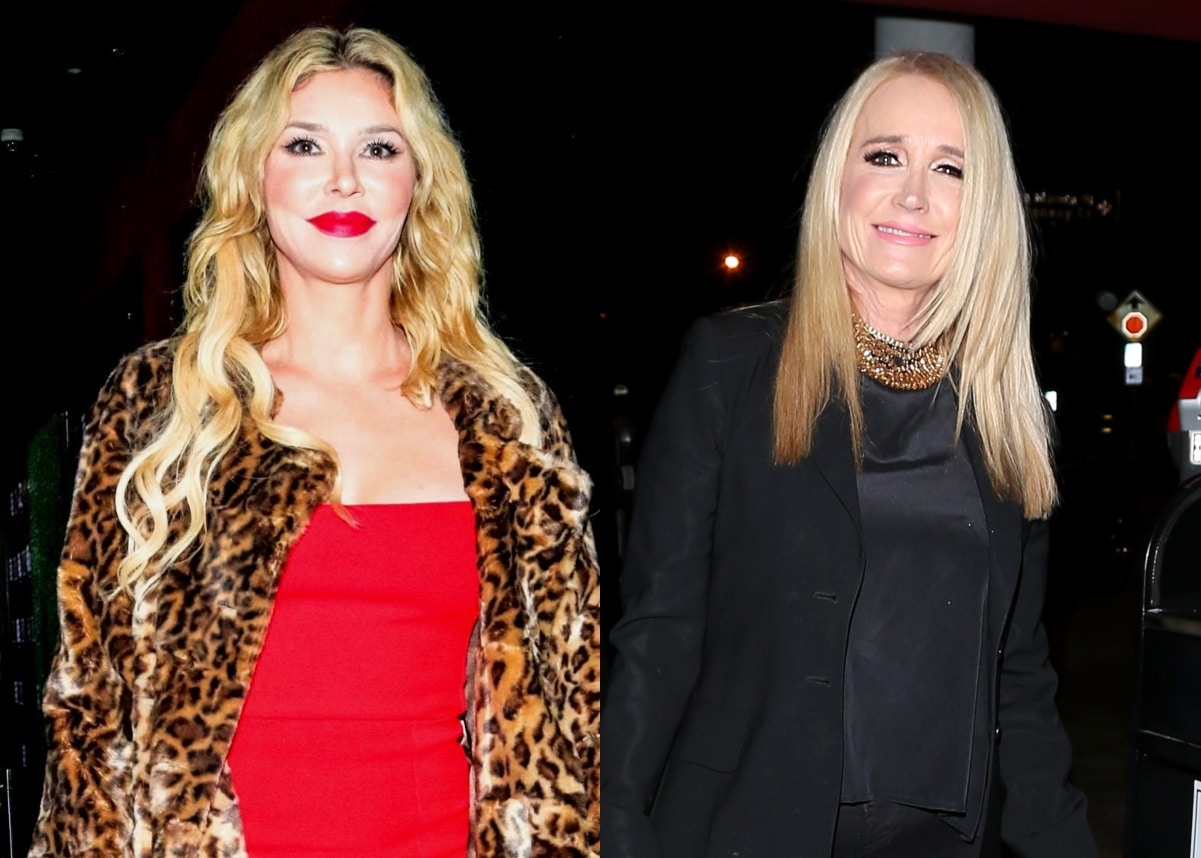 Brandi Glanville is no longer speaking to her former bestie and ex-Real Housewives of Beverly Hills castmate, Kim Richards.

During a recent podcast, Brandi opened up about the end of her friendship with Kim before dishing on her Real Housewives: Ultimate Girls Trip co-stars and revealing whether or not she believes she will ever return to RHOBH.

“No, it’s unfortunate. I talk to [Kyle Richards] more than I talk to Kim,” Brandi said on the December 28 episode of her Two T’s in a Pod podcast.

“She just kind of fell off. I mean, nothing major happened between us. We fight all the time, just like a normal friendship. We argue,” Brandi explained. “[But] I miss her.”

According to Brandi, she simply was dealt a rude awakening amid the coronavirus pandemic.

“During COVID, I had to take care of my own mental health. And I couldn’t babysit other adults. And that’s kind of what our relationship was for a while,” Brandi admitted. “It was just like me being there for her so much and I needed someone to be there [for me]. I needed to have the friendship reciprocated and so I got to the point where if she wasn’t going to reach out, I wasn’t going to either.”

Following the end of their friendship, Brandi traveled to Massachusetts, where she filmed the second season of RHUGT.

Looking back on her trip, Brandi said she had the least fun with “[Vicki Gunvalson] and um, [Dorinda Medley],” and the most fun with Tamra Judge.

“That was fun. It just, there were parts that were not fun. I mean, Tamra and I probably had the most fun,” Brandi shared.

As for her issues with Real Housewives of New York City alum Dorinda, Brandi said, “I’m a happy drunk. The opposite of me would be Dorinda’s drunken style… not happy. I’m pretty sure she doesn’t remember because she’s acting like everything’s great and it was such a great fun time. I’m like, ‘Huh.’”

Months after production wrapped, Brandi said she’s bad at staying in touch before revealing she still talks to Phaedra Parks, formerly of The Real Housewives of Atlanta.

Brandi went on to explain that while she was quite wild during filming — and typically tipsy, if not consistently — she credits the pandemic for her behavior.

“I was better by the end of the trip but we had just gotten out of COVID. We were wild animals,” she laughed.

As the podcast episode continued, Brandi said she was often used for a storyline on RHOBH.

“They would just always call me and like, ‘Come play with us. We’re bored.’ I’m like, ‘Of course you’re bored.’ They didn’t have storyline for a lot of it because you know Beverly Hills isn’t the most dramatic,” she explained.

Brandi also said that she does “feel like that part of my time on TV is over.”

“Once you say yes to being a side chick, you’re never going to be a full-time housewife again because they know they can get you for free almost. I’ll wait and see what’s happening but I have other good stuff happening,” she teased.