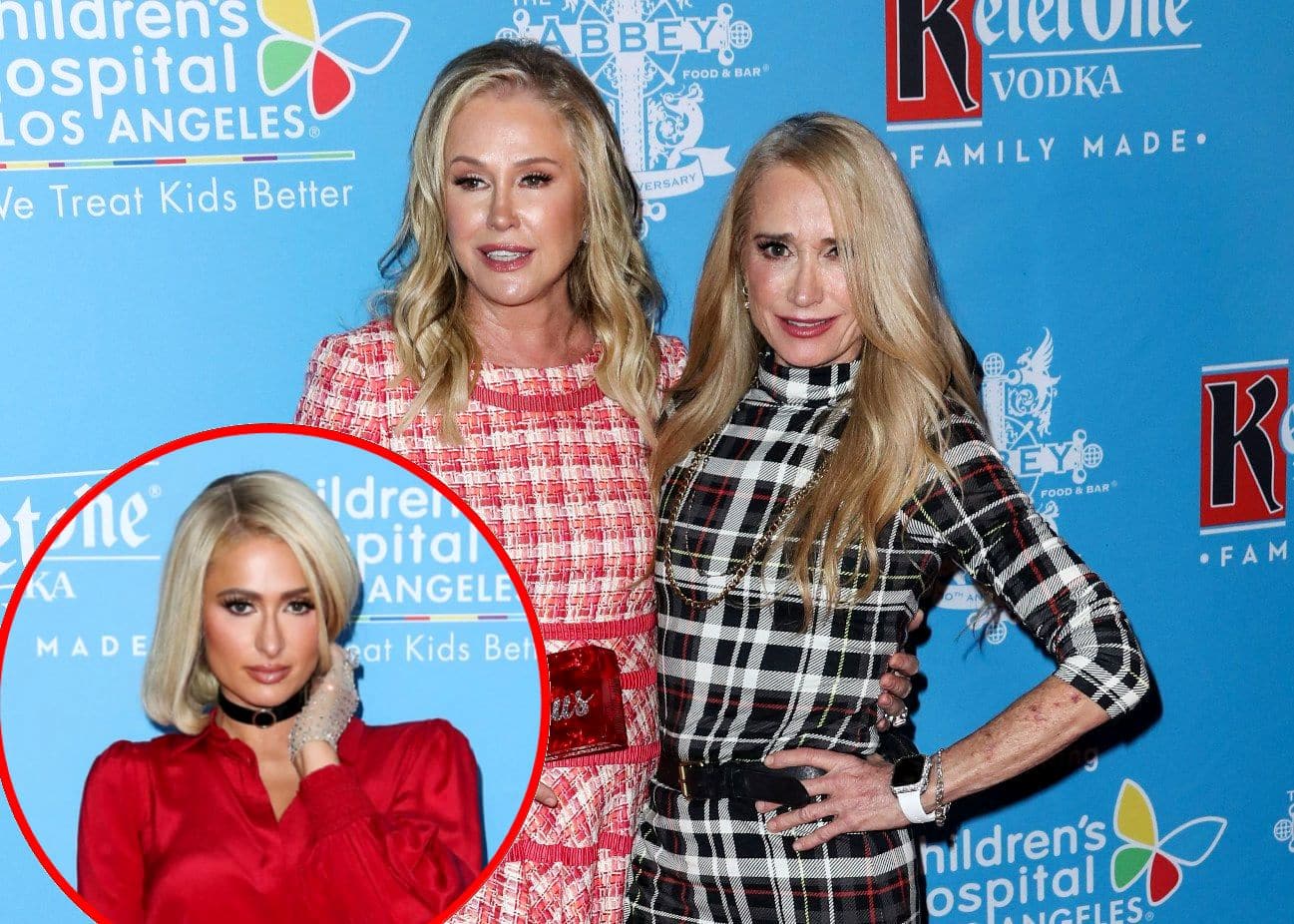 Kathy Hilton was asked about a series of rumors during a recent episode of SiriusXM’s Andy Cohen Live.

After rejoining the Real Housewives of Beverly Hills cast for filming on season 12 after an alleged salary dispute, Kathy spoke to host Andy Cohen about a recent report, which suggested her sister, Kim Richards, was displeased with the no cell phone rule at Paris Hilton‘s wedding.

“I even left my phone at home,” Kathy told Andy.

According to Kathy, she had to tell Kim, “There are rules,” and it wasn’t just Kim who was apparently upset about the restriction.

“A lot of people were very, very upset,” Kathy admitted. “So we had security [take them].”

Kathy explained that while the carnival event of Paris and Carter Reum‘s November 2021 festivities was less restrictive, their dinner celebration also required phones to be checked.

“[Kim] thought that it was, you know, that she was my sister and that it was, and I had to explain to her that it’s not our house anymore. You know, that Eric Schmidt and Michelle Ritter, it’s their house. So we can’t just like barge in,” Kathy noted.

Also during the episode, Kathy was asked about a report claiming she had not seen Paris’ documentary, This is Paris, in which she opened up about her childhood trauma and the alleged abuse she suffered at her Utah boarding school.

“It was true,” Kathy confirmed. “And they did make me, she said to me, ‘It’s very important to me, mommy, that you, that you watch this.’ And I had the party here for her… when it came out. Outside, we did a big screen.”

Looking back, Kathy said that after watching a lot of the little clips, she felt it was “too much” to handle and wasn’t ready to watch the entire film.

“You can imagine me just [finding] out and I don’t, I’m not one of those people, ‘Oh this is about me,’ cause it’s not about me, but yet it really was so devastating the way I was told,” she explained.

But ultimately, after a trip to Washington, Kathy did sit down with her daughter.

“We held hands for an hour watching this thing. And just the energy that I was feeling from her and how relieved and happy that she was, that I would watch it. But it put me into such a depression,” Kathy admitted.

While Kathy was trying to help Paris after she began skipping school and sneaking out of their New York residence, saying she felt “helpless” against the behavior, she had no idea what her child would face upon entry to boarding school.