Home Vanderpump Rules Ariana Madix on ‘Crying’ to Lala Kent Over Feud and Why She Was “Confused” as Tom Sandoval Explains How He Steamrolls Schwartz, and “Endearing” Moments With Katie

Ariana Madix on ‘Crying’ to Lala Kent Over Feud and Why She Was “Confused” as Tom Sandoval Explains How He Steamrolls Schwartz, and “Endearing” Moments With Katie 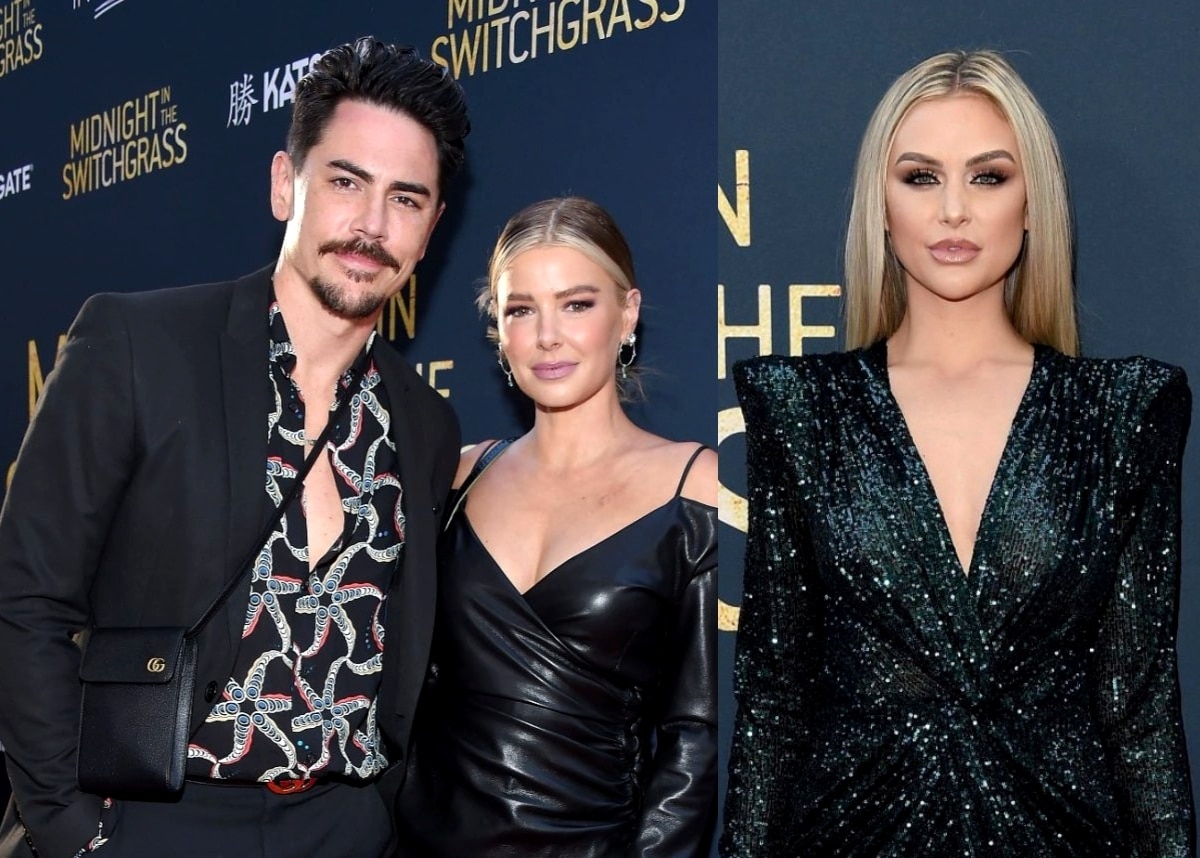 Ariana Madix is offering new details, and an update, on her ongoing feud with Lala Kent.

As they continue to see ups and downs on Vanderpump Rules, Ariana is explaining her confusion over her relationship with Lala as her longtime boyfriend, Tom Sandoval, reacts to claims of steamrolling his business partner, Tom Schwartz.

“To go way back to where it all started to very much confuses me, we’ve been cool but there’s been, for a few years at this point, where we are cool but she doesn’t invite me to girls trips to Paris, or [Scheana Shay], me and Tom are just conveniently the only couple not invited on a couples vacation. That had been going on for years but I still felt like we were cool,” Ariana admitted during an interview with PEOPLE TV’s Reality Check with Daryn Carp, via Yahoo! Entertainment.

According to Ariana, she felt that she and Lala simply weren’t that close at that point. However, she was truly thrown off by Lala’s reaction to a 2020 podcast interview, during which she proclaimed she was Team Scheana after Scheana accused Lala of failing to support her after her miscarriage.

“I said, ‘I guess I’m Team Scheana because I can understand what she’s going through,’ and I was like, ‘I’m always going to be super protective of Scheana.’ I was like, ‘But I think they’ll still work it out. I still think they’ll eventually come together and figure it out.’ And then she does a podcast and just because I said that, she decided to go on this rant about how I’m a horrible friend and I don’t care about her and she doesn’t care about me and she unfollowed me on Instagram,” Ariana revealed.

Because she and Lala were “actively” in touch at that time, Ariana found herself feeling “so confused.” Then, as the scenes from the show began to air, and she began to see all that Lala had said behind her back, she found herself upset.

“I cried to Lala and was like, ‘I can’t do this. We either have to be real legit friends where we’re really doing this or I can’t do this at all.’ It doesn’t have to be we’re best friends or we’re nothing but… We have a level of trust between us because otherwise I can’t do it… [And] I feel like we’re still going through those ups and downs,” Ariana admitted. “I think that’s the nature too, of our show, is that later on you watch and see what someone says and that really pisses you off. It’s been six months and you dive right back in.”

In addition to Ariana’s drama with Lala, Pump Rules fans saw plenty of drama between the Toms and Katie, largely due to Katie’s claims of Sandoval supposedly steamrolling her husband. However, looking back, Sandoval said that the only steamrolling he did was for Schwartz’s benefit.

“This whole steamrolling thing, I mean… He is not that person. It’s a bit of an act,” Sandoval noted. “Do I [steamroll him]? I steamroll Schwartz in a way of when Schwartz is like, ‘No, we can’t do that,’ or, ‘No we shouldn’t name it Tom’s Good Loving,’ when it comes to our whiskey, I’m like, ‘Yeah dude, no, I love that name.’ I give him that push. I steamroll Schwartz to sort of realize his greatness and his artistic ability.”

“He requires that sort of encouragement because if you say, ‘Alright, yeah, you’re right,’ then nothing happens,” Ariana agreed. “But that being said, he is not this person that just is like, ‘Oh I wish I could tell Tom Sandoval this but I’m scared.’ He’s not that guy at all. I think he knows that people maybe like that guy.”

As for his happy moments with Katie, Sandoval said, “Katie and I had some very endearing moments and it can be very frustrating watching the season back when it’s like, not one, not two, but every single endearing moment between Katie and I are completely cut out.”

“They were like crying with each other at one point,” Ariana explained.