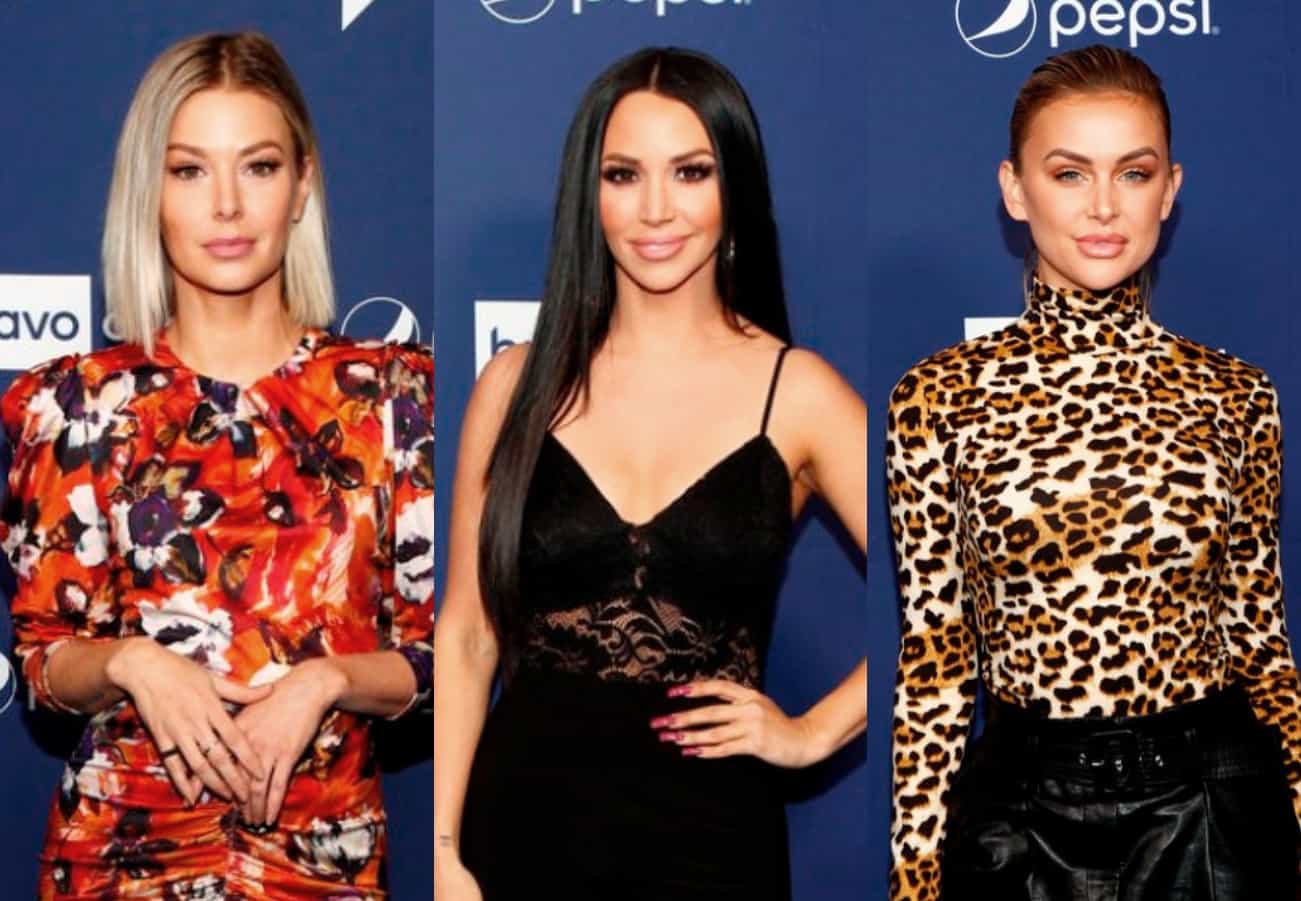 Ariana Madix is Team Scheana when it comes to Scheana Shay‘s recent falling out with their Vanderpump Rules castmate, Lala Kent.

During a podcast appearance this week, Ariana opened up about the drama between Scheana and Lala, which was prompted after Scheana accused Lala of ditching her after her miscarriage, before speaking of her gender party snubs, Stassi Schroeder and Kristen Doute‘s potential return, and her thoughts on season nine.

“Everything that happened with [Lala] and Scheana obviously is like tough for me because I’m very protective of Scheana. When somebody goes off about my girl, I get really like protective mom over [her],” Ariana admitted on the November 18 episode of #NoFilter With Zack Peter.

According to Ariana, Lala has reached out a “couple of times” but because they aren’t yet filming a new season of Pump Rules, they haven’t been able to hash out their issues quite yet.

“Conversations probably would be had already at this point. But now it’s like, you know, because of COVID more time is going by,” she explained.

Although Ariana and Lala aren’t in a good place at this time, she isn’t at the point where she’d cut her out of her life as Scheana chose to do. That said, she “completely” understands why Scheana cut ties with her.

“I fully support that decision if that’s how she feels given the circumstance of everything that’s happened and what had been said to her and about her,” Ariana shared.

Because Ariana was not close to Lala when she and her fiancé Randall Emmett learned they were having a baby girl in September, she was not included in their gender reveal.

“We weren’t invited to that… It’s not that surprising. Even if you look at where we left off with the reunion, it was ‘Okay, let’s try to do better, and let’s try to rekindle this friendship.’ So, we were already lightyears behind of where we were years ago,” she explained.

“With Brittany’s [gender reveal] I think, you can kind of infer, it’s Jax, so — obviously… No,” Ariana continued of also getting snubbed from Brittany Cartwright and Jax Taylor‘s gender reveal party.

“With Brittany, there’s always, like, that tension of, like, me and Jax. I’m not gonna lie, of course that’s gonna be a thing,” she went on, “but I love her so much and we did get to see each other at Scheana’s pregnancy reveal party a couple of weeks ago.”

Following the news that Stassi and Kristen’s contracts would not be renewed for Pump Rules season nine due to allegations of racism brought against them earlier this year, Ariana touched base with her ex-co-star via text, but only “a couple of times.”

“We’re all just kind of in our own little bubbles right now,” she noted.

As for Stassi and Kristen’s potential roles on season nine, Ariana suggested a return wasn’t completely out of the question.

“I think that like when it comes to filming and stuff, [Stassi and Kristen] would just not be at something that is filmed. But, then again, who knows if the showrunners have different ideas… I honestly don’t know,” she stated. “[But] if I were Bravo, I would be like, ‘You know what, we can’t! It’s too much to deal with!'”

On the heels of Stassi and Kristen’s exits, as well as the firings of Max Boyens and Brett Caprioni, who were also accused of racist behavior, Ariana says she believes Bravo will likely choose to add more people to the show ahead of production on their potential new episodes.

“I can only imagine that given that they’re not going to have a couple of the new ones back that they would probably want to pick that back up with some new people,” she shared.

Then, Ariana revealed her hopes for season nine.

“I might be excited to have a season that’s a little a bit, like, some positive, and super fun, uplifting, like let’s go party and try to be in a better place,” she said.