Home Real Housewives of Orange County News RHOC Alum Gretchen Rossi On Why She’s Not Marrying Slade, Her Return Demands, Plus She Reacts to Jo De La Rosa Cameo, Talks Ideal Cast, and What Would Change Her Mind

RHOC Alum Gretchen Rossi On Why She’s Not Marrying Slade, Her Return Demands, Plus She Reacts to Jo De La Rosa Cameo, Talks Ideal Cast, and What Would Change Her Mind 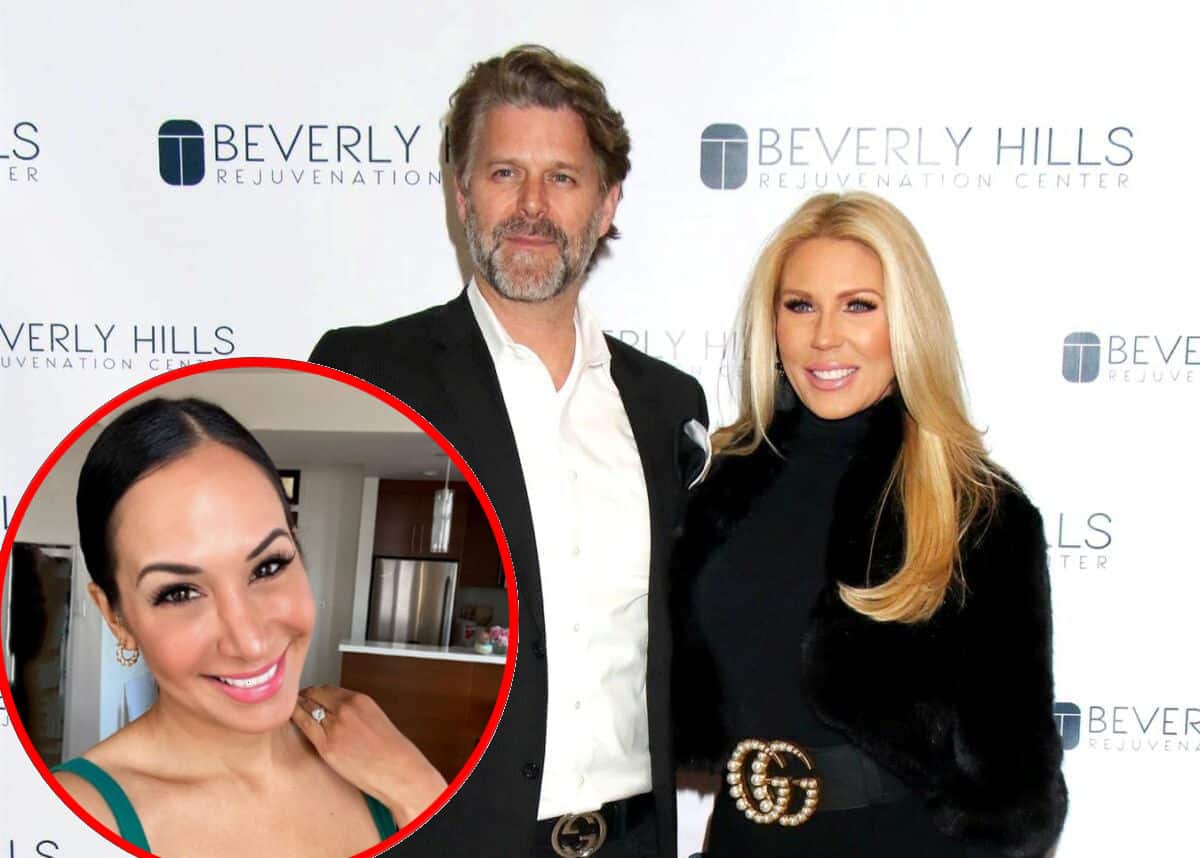 Gretchen Rossi may not be desperate to return to The Real Housewives of Orange County, but she has considered what she’d say to Bravo if they approached her about the possibility.

During a podcast appearance on Monday, Gretchen shared her return demands before addressing the possibility of starring alongside fiance Slade Smiley‘s ex, Jo De La Rosa, and revealing the cast she believes would make the most sense.

“If they were to call me and talk to me again, like they did a couple of times since I’ve left, then sure. I’ll talk to them. But I’ve said it a thousand times: How much are you going to pay me? And who’s on the cast?” Gretchen explained on the January 17 episode of Behind the Velvet Rope With David Yontef. “It’s just not something that I’m like, ‘I gotta be back on Housewives.'”

When the idea of Jo rejoining the show alongside Gretchen was mentioned, Gretchen didn’t seem to be on board.

“I feel like that would be so like stupid. Cause that was 15 years ago with her and Slade,” she explained. “It would be so focused on Gretchen, Jo, and Slade. And I don’t think that that’s going to make good enough TV.”

As for what would make good TV, Gretchen said she has a cast in mind.

“Even though I wouldn’t want to really film with her I honestly think like [Shannon Beador], [Kelly Dodd], [Vicki Gunvalson, [Tamra Judge], [Heather Dubrow], [Alexis Bellino], me, like that kind of core dynamic would be interesting… maybe [Meghan King]… Like the mainstays. People only knew Jo for like a couple seasons,” she noted.

Although Gretchen said she hasn’t been following the legal scandal surrounding Jen Shah of The Real Housewives of Salt Lake City, she admitted to seeing “a lot of stuff on social” before stating that she’s always surprised when she sees bombshells such as these.

“Some of the stuff that’s come out over the years with some of the women, you’re just like, ‘What? Why are you on camera? Like showing off everything that you own and have.’ They just, I guess, think they’re going to get away with it,” she suspected. “But [it’s] not a good decision coming on reality TV.”

While fans watched as Gretchen and Slade got engaged amid RHOC season eight years ago, Gretchen confirmed on the podcast that she and Slade have “no wedding plans, as of right now.”

“I feel like I want to be like [Goldie Hawn] and [Kurt Russell]. Look at how long they’ve been together. And they’re so happy and in love. Or like, look at [Oprah Winfrey and [Stedman Graham]… All of them are doing so well,” Gretchen said. “The people [who] have gotten married after they’ve been together for so long… they ended up getting divorced… So I’m like, ‘Hmm, that might be bad.'”

Still, there is one circumstance in which Gretchen would change her mind.

“If my little girl [two-year-old Skyler] one day is like, ‘Mom, Dad, I want you to get married,’ I’ll probably just go, ‘Okay, we have to do it,'” she revealed.