Home Real Housewives of Orange County News Gretchen Rossi Slams Braunwyn as a Liar, Reacts to Kelly Dodd’s Firing, and Reveals If She Watches RHOC, Plus Talks Possible Return and Having More Kids

Gretchen Rossi Slams Braunwyn as a Liar, Reacts to Kelly Dodd’s Firing, and Reveals If She Watches RHOC, Plus Talks Possible Return and Having More Kids 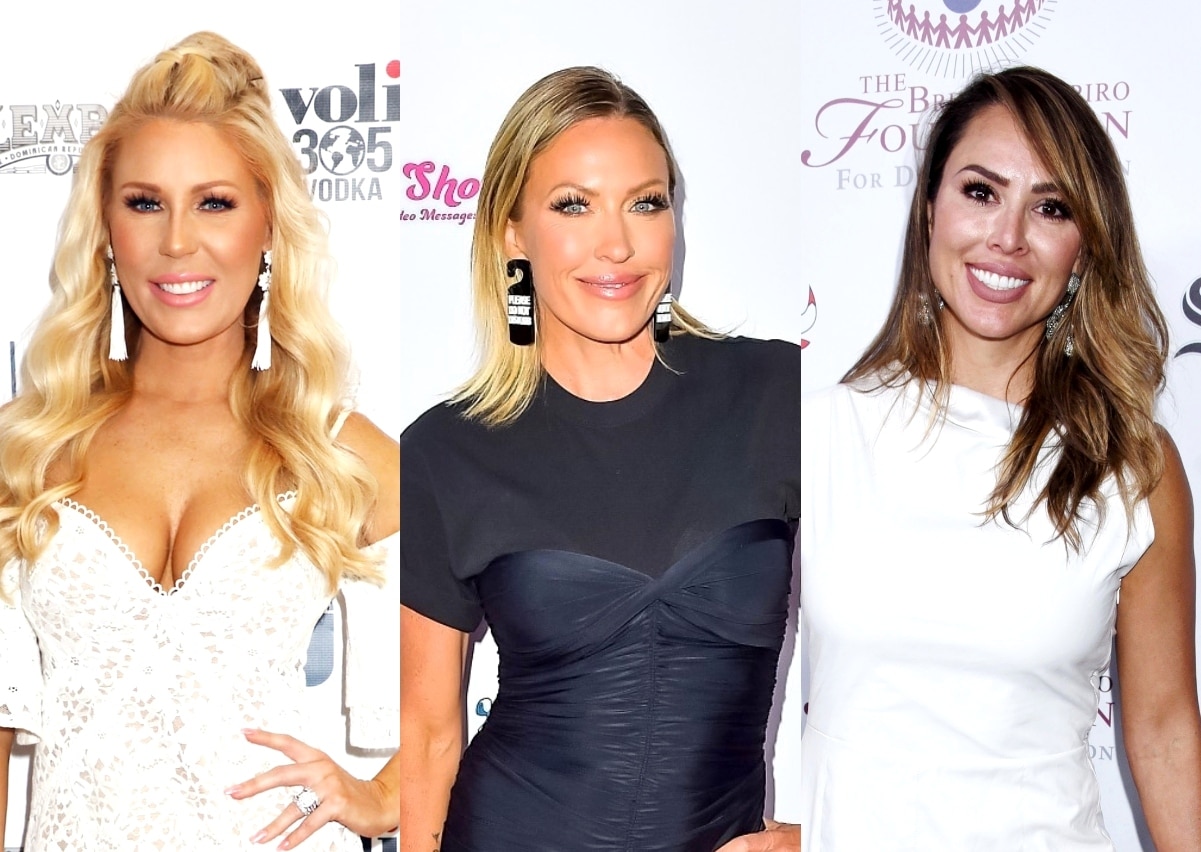 Gretchen Rossi dished on all things Real Housewives of Orange County during a podcast appearance earlier this week.

In addition to slamming Braunwyn Windham-Burke for lying about how they met and reacting to Bravo’s decision to boot Kelly Dodd from the cast, Gretchen dished on her potential return to the series while also sharing her thoughts on having more kids with Slade Smiley.

“She lied the first season about how she met me. She actually reached out to a mutual friend and asked him to reach out to me and to have us meet so that she could have some like advice about the show,” Gretchen revealed on the November 1 episode of the Behind the Velvet Rope podcast.

And while Gretchen initially “didn’t want to be involved,” she ultimately decided to meet with her because she realized how scary going into a new show can be.

“She was so lovely, like lovely. She told me she was a huge fan of mine. Then, as I’m leaving… I said, ‘By the way, just so you know, it’s probably a good idea you don’t tell the girls that you came and met with me,'” Gretchen recalled. “Well, not only did she share it, but she lied about it. She claimed to the girls that I reached out to her and that Lizzie reached out to her, which was a flat out lie.”

Although Gretchen was able to prove her story was the truth through a series of text messages, she told David she was “frustrated” that Braunwyn “just started lying” and noted that even Heather Dubrow had called her out.

“[She said] paparazzi is not following [Braunwyn] around town or something,” Gretchen shared, giving a nod to a comment Heather made about paparazzi not being in Orange County after Braunwyn suggested they were stalking her.

Gretchen felt that Braunwyn was inauthentic and that RHOC viewers seemed to feel that parts of her storyline were staged. So when she was fired, Gretchen likely wasn’t all that surprised. However, after learning Kelly was also leaving Bravo back in June, Gretchen was taken aback.

As for her own return, Gretchen said she once told Bravo that she wouldn’t consider the idea unless she knew who was going to be a part of the cast. She then took aim at “toxic” Tamra, saying that her former co-star “had it out for [her].”

“I don’t want to ever go back in that environment. [But] if I was on the show with the right cast members, I think it would be, you know, fun to come back and… share my life with the audience,” Gretchen explained.

Looking back at her time on the show, Gretchen said she appreciated the exposure RHOC gave her businesses.

“I would just say truly like my businesses. I mean, I really felt so blessed and lucky that I was able to have just really [be] successful businesses through it. I got to go on the Oprah Winfrey show. I mean, you know, stuff that like the regular person in their life probably would never be able to get to do,” she revealed.

While Gretchen hasn’t “watched Housewives consistently at all since [she] left” the show, she admitted that she is aware of some of the happenings of the show because she doesn’t “live under a rock.”

Regarding her future plans for more kids, Gretchen said she and Slade have one more embryo.

“I’d love to give Skyler [a] sibling because I see her with her cousins and other children and she just interacts so well with them. But I don’t know if right now, mentally, physically, emotionally, I can take that on. I think I need a couple, at least one more year,” she explained.

Gretchen was featured on The Real Housewives of Orange County from season four through season eight.