Home Real Housewives of Beverly Hills News RHOBH’s Garcelle Beauvais on Erika Jayne’s Offensive Social Media Post, Their “Off the Chain” Trip to Aspen, and “Hardest Part” of Being on Show

RHOBH’s Garcelle Beauvais on Erika Jayne’s Offensive Social Media Post, Their “Off the Chain” Trip to Aspen, and “Hardest Part” of Being on Show 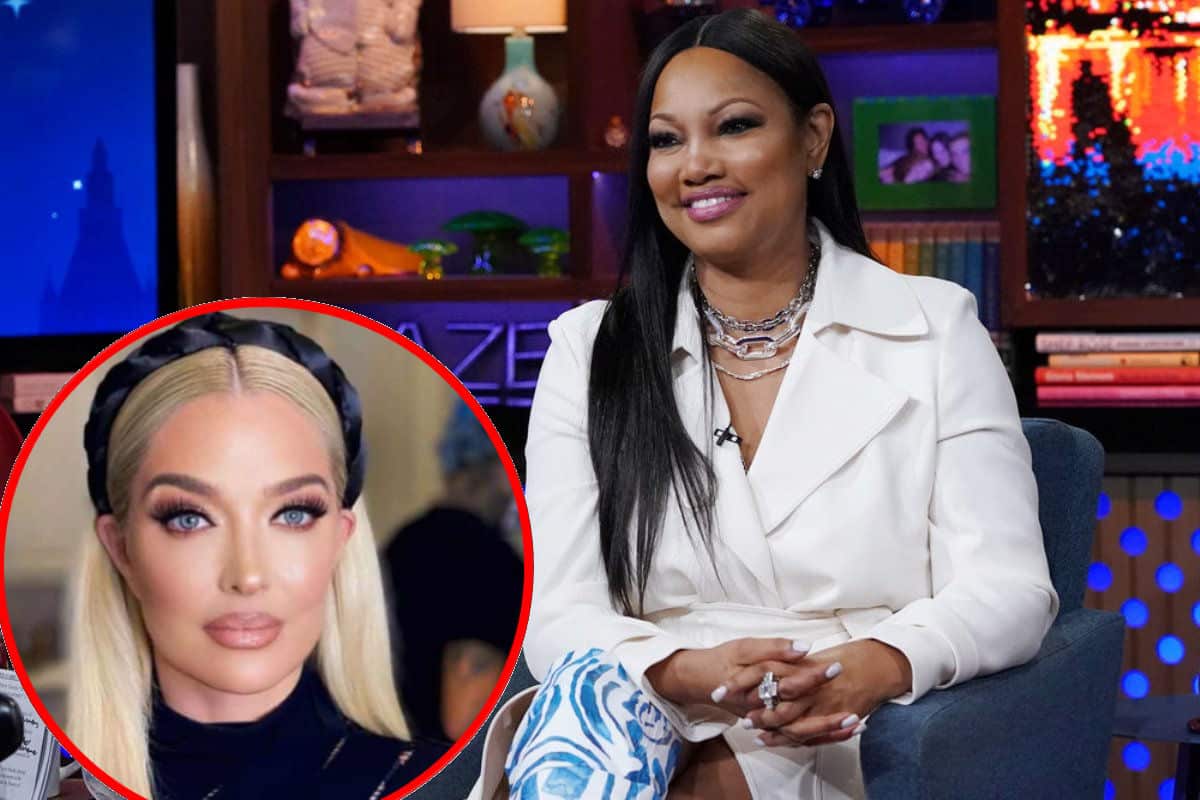 Garcelle Beauvais unfollowed Erika Jayne due to an offensive post she shared on social media.

During a couple of new interviews, the Real Housewives of Beverly Hills cast member explained why she was so put off by the post before dishing on the cast’s “off the chain” trip to Aspen and revealing what she feels is the hardest part of being on the Bravo reality show.

“It was something that I didn’t like, and it also didn’t really align with who I am,” Garcelle explained of Erika’s post to Us Weekly on February 15. “For me, I wanna follow people that [when] you’re seeing their feed, you wanna follow them. You wanna like them. You want to cheer them on, and I just didn’t wanna do that. I didn’t wanna see it.”

As RHOBH fans will recall, Garcelle, along with Sutton Stracke, unfollowed Erika Jayne on Instagram at the end of the month around the time that they ventured out of Los Angeles and headed to Colorado for a group vacation. And although Sutton has since refollowed their co-star, Garcelle isn’t sure if she ever will.

“[It was] off the chain,” Garcelle said, moving on to the cast trip. “That’s all I’m saying. I don’t know how we pack so much in three days.”

Although the show is always drama-filled, Garcelle said she likes being part of it more now than she did when she first joined.

“I think now I’ve got my foot planted because before the first season I was traveling to another project,” she noted. “So now I definitely enjoyed it this season.”

During another appearance, on Access Daily, Garcelle said that her heated feuds with her co-stars were the worst part of filming.

“When we come at each other — that’s the hardest part because we can be kiki-ing, having a great time, drinks, and then the next thing you know, somebody just threw you under the bus. And you’re like, ‘Woah, wait a minute.’ That’s the hard part,” Garcelle explained. “And then, you do the show, and then you watch the show, you see what the women say, and then also the world weighs in. I’ve done some incredible things in my life, worked with some incredible people here and there. I’ve never gotten more attention than doing this show.”

Also during the interview, Garcelle admitted to having second thoughts about joining RHOBH.

“I thought, ‘Sure.’ I watched it over the years, I had friends on the show. No problem.’ And then the week before it aired, Bravo was airing past episodes and I freaked out,” she recalled. “And my friend had to talk me out the ledge.”