Ariana Madix on Real Reason She’s Not Partnering With Randall on Sandwich Shop, Shares Plans for Business and Offers Update on Lala 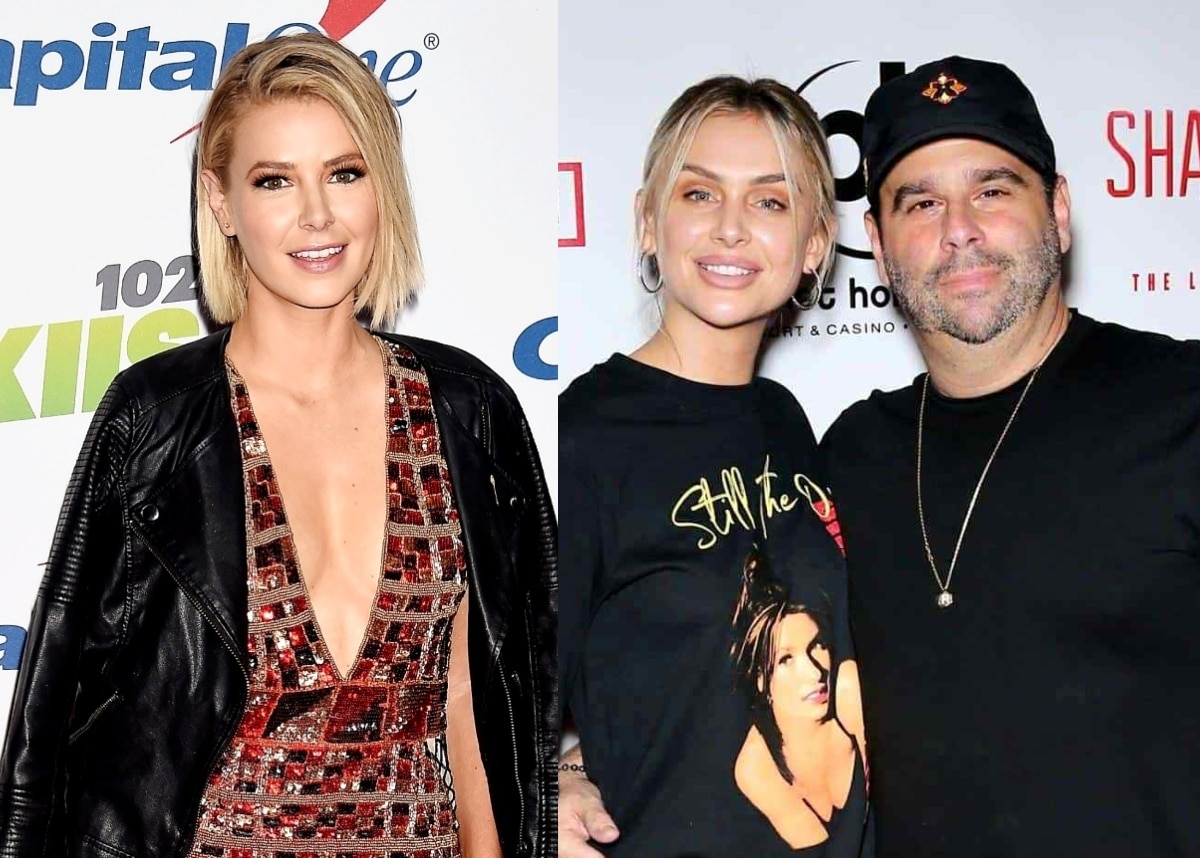 Ariana Madix and Katie Maloney met with Randall Emmett to ask him to invest in their idea for a Los Angeles-based sandwich shop amid filming on Vanderpump Rules season nine. But where does the group stand today?

While appearing on the Friday episode of co-star Scheana Shay‘s podcast, Ariana opened up about her and Katie’s new business venture, revealing not only whether or not they’re still working with Lala Kent‘s ex-fiancé, but also how they came up with its name, Something About Her.

“The second that everything came out, me and Katie had a conversation. We didn’t even have to say it. We were just like, obviously, we’re not going down that road. No way would we ever do that. I don’t care if Lala stabbed my actual back with a knife. I still would not do that,” Ariana explained on the February 11 episode of Scheananigans.

Although Ariana and Katie are no longer partnering with Randall, they are still moving forward with the restaurant, which will be located in the Valley, where there’s more of a need for the concept, and are preparing to look for other investors.

“We have our pitch deck, we have all of our numbers, all of our projections, financials, everything, and so we’re ready to start pitching,” Ariana shared. “We are learning as we go. We hired a really amazing restaurant consultant company and the big reason for doing that is because we were like, ‘We know we’ve never done this before and we don’t have the money or the time for trial and error.’”

As for the name of their future shop, Ariana said it was inspired by the idea of referring to an inanimate object as “her.”

“This isn’t a deli where everything’s laid out. We want it to feel like an experience, very Instagrammable, [and] very pretty,” Ariana revealed. “We have a lot of really exciting ideas for it. Everything is thoughtful. There will be cocktails involved and the decor is just going to be really beautiful.”

As she and the majority of the Pump Rules cast remain estranged from Randall following the reveal of his alleged cheating, Ariana said that she and Lala are in a better place today than they were during filming on season nine.

“Lala and I always go up and down, left and right, back and forth. On my side, I really love her deeply and really care about her and always want good things for her. And we have so much fun together,” Ariana admitted.

“But then it’s like, she’ll say something that really pisses me off or hurts my feelings and then I hold onto those things for so long, and then we don’t really talk about it,” she continued. “It’s crazy how we do go back and forth so much. [But] there’s an undercurrent of love there but I think that’s why we can fight like sisters. The night of the finale party, we got into it but then we were on the dance floor having fun.”

According to Ariana, she and Lala have made a habit in the past of not addressing things quickly and allowing them to get “bigger,” which makes things “harder to deal with.

“The status [now] is that there is a friendship and I hope we are able to stay on track and build it and resolve things quicker than we have in the past,” she added.

Bravo has not yet confirmed whether Vanderpump Rules will be brought back for the 10th season.