Home Real Housewives of New Jersey News RHONJ’s Jennifer Aydin on Real Reason She Insulted Joe as Teresa Reacts and Melissa Slams Her as “Disrespectful,” Plus Bill Says What He Told His Wife After Fight

RHONJ’s Jennifer Aydin on Real Reason She Insulted Joe as Teresa Reacts and Melissa Slams Her as “Disrespectful,” Plus Bill Says What He Told His Wife After Fight 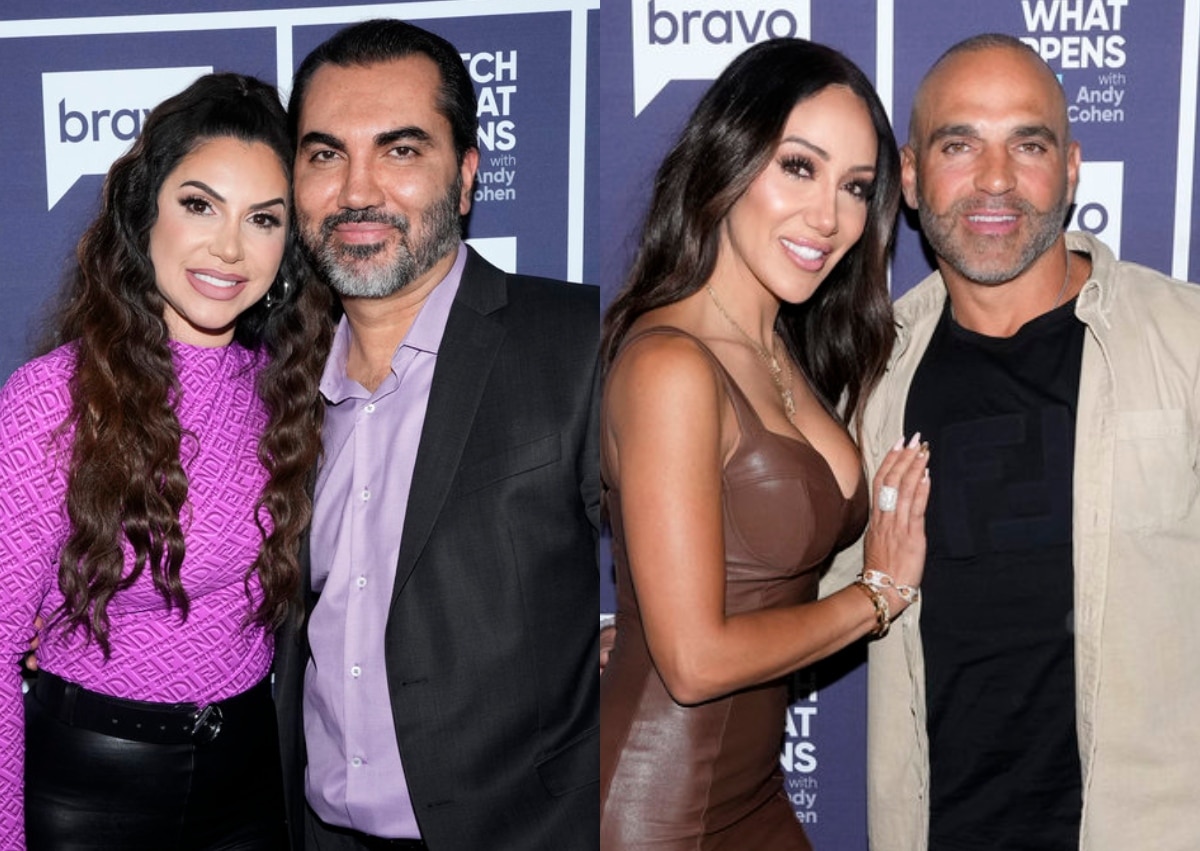 Jennifer Aydin is revealing why she slammed Joe Gorga as a “little b-tch” on the latest episode of The Real Housewives of New Jersey.

After fans watched as Jennifer targeted Melissa Gorga‘s husband amid a trip to the Jersey Shore, Jennifer explained what prompted the diss as Teresa Giudice reacted and Melissa clapped back at her castmate by shading her behavior as “disrespectful” and describing her as a “sh-tty host.”

“He was acting — sorry Joe — at the time, like a little b-tch boy,” Jennifer explained on the March 2 episode of the RHONJ: After Show.

According to Jennifer, it was her social media feud with Melissa, and Joe’s response to it, that led her to lash out.

“So I go to Melissa’s page and I see this, not just a caption, but a novel. She wrote a f-cking novel on purpose to deliberately attack and embarrass me,” Jennifer recalled. “Then I saw [Margaret Josephs] commented, then I saw [Jackie Goldschneider] commented, then I saw, I’m sorry, but I saw your brother Joe Gorga comments and I’m like, ‘Really? Why is he getting involved?'”

“The reason I called Joe Gorga a little b-tch boy is because he commented on her caption, he needs to stay in his lane and stop being a little bitch boy and be the man that he claims to be,” she continued.

Looking back, Teresa Giudice said she was shocked to see her sister-in-law’s post.

“I couldn’t believe Melissa did that,” Teresa admitted. “I said to Melissa, ‘You’re the one who put it out there so of course, Jenifer’s going to react. Why did you do that? She’s not just going to sit there and take it.’”

In her own segment, Melissa reacted to Jennifer’s treatment of her spouse.

“I mean, talk about a sh-tty host. How disrespectful,” Melissa fumed. “You’re sitting at a party at your own backyard trying to make people feel at home and you sit in front of another woman and talk down to her husband.”

Melissa then suggested Jennifer was projecting due to the recent revelation of her husband Dr. Bill Aydin‘s affair.

“The reason she does that is she feels so insulted by her own husband and so she just wants to make it like everyone else’s husband is also like a terrible guy,” Melissa suspected. “Meanwhile her husband’s done what he’s done and none of us are saying a negative word about him.”

“I think it’s so low and I think she just doesn’t have any boundaries. Calling him little, when you call a man little, that I think is worse than calling him a b-tch,” Jackie agreed.

While Bill didn’t immediately react to Jennifer’s comment about Joe, he spoke to him after the scene was filmed to make it clear he was in agreement with his wife.

“When I met with Joe afterwards, I said, ‘Look, you’re getting involved in women’s dramas more than any one of us as men,'” he said. “My response to my wife was, ‘Don’t do it.’ His response to his wife was, he keeps throwing the gasoline into it. Without labeling it, that is a bitchy thing. That is not a manly thing. That is what little boys do. When you interpret his actions at the time, that was b-tch boy behavior.”

Not surprisingly, the “very confident” Joe wasn’t bothered by Jennifer’s statements against him.

“I’m very secure in myself and I’m very confident. It doesn’t bother me. It just embarrasses herself. I should start [selling] T-shirts, ‘Little Bitch Boy’ and sell them,” Joe joked.

During another segment of the show, the RHONJ cast weighed in on the fight, with Jennifer saying Melissa approached her “aggressively” and explaining why she took action.

“I have extremely quick reflexes and when I saw her her jump out and come at me, I thought that her hand was coming to strike me. So I just grabbed her arm and pulled her away from me,” Jennifer noted.

“She was just spiraling,” Melissa shared. “We were trying to get to the bottom of all these conversations and I was trying to speak to her and she wasn’t listening. So I kind of stood up, never to attack her… That’s not my style… I stand up to like, ‘Jennifer, listen to me. I want to make a point.’ And she grabbed my hand.”

Although Melissa suggested it was Jennifer who was the aggressor, Teresa said, “You can’t put your finger in somebody’s face,” and added, “I would react, too.”

In response, Jennifer said, “That’s all I do is I react.”

While Jennifer didn’t feel that she did anything wrong, Bill, as he noted he doesn’t like to “get involved,” revealed to Jennifer that he didn’t feel Melissa was approaching her to fight.

“I told Jen, I said, ‘Look, I don’t think Melisa charged at you to try to hit you in the head and break your skull. She came in charged with emotions. But once you start putting physical things behind it, you really can’t come back from it,'” he warned.

Also on the RHONJ: After Show, Melissa said that her fight with Jennifer on Tuesday’s show was much like previous fights between them, aside from the fact that Jennifer took things one step further this time around.

“Her and I have had so many arguments like that where I always stand up and I always walk towards her. We’ve never put our hands on each other,” Melissa noted. “Although listen, we were in the Hamptons, she threw a fork across the table at me once. We were in Cabo, she threw the glass. She has violence in her and she gets a little gangster and that’s where I check out of the building. I’m like, ‘All right cutie pie. This is on you. You go ahead and be gangster by yourself. I don’t want to mess my little pretty face. So don’t think that’s going to happen.’”

The Real Housewives of New Jersey season 16 airs Tuesdays at 8/7c on Bravo.