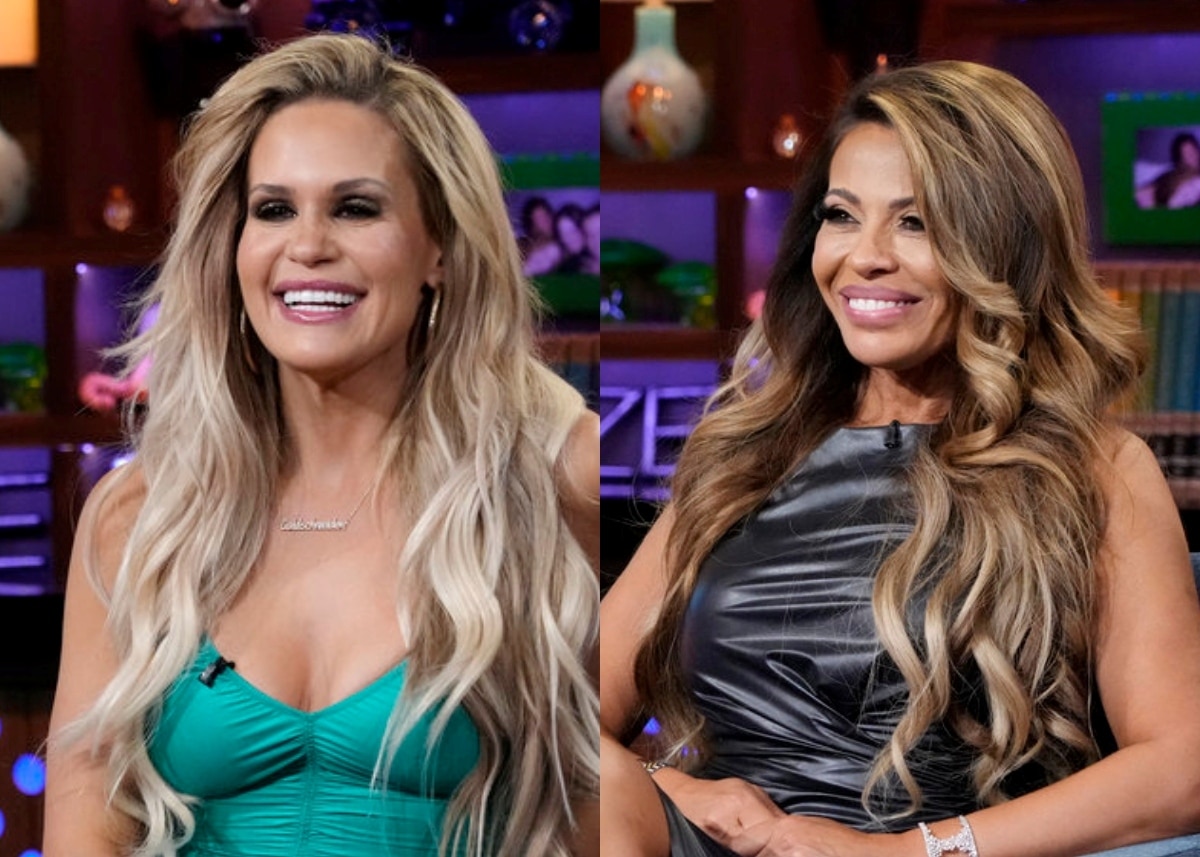 Jackie Goldschneider believes Dolores Catania made a mountain out of a molehill when it came to the “d-ck in someone else” comment she made about Jennifer Aydin‘s husband, Bill Aydin.

While looking back at the Real Housewives of New Jersey drama on Watch What Happens Live, which gave a nod to Bill’s affair, Jackie agreed her statement was taken out of context before addressing Teresa Giudice‘s claim that she would cut ties with Jennifer if it were important to Melissa and Joe Gorga and more.

“[Dolores was] making a mountain out of a molehill,” Jackie said on the March 8 episode of WWHL. “And I would like to say that all of these women who spent an entire season talking about Teresa’s crotch tasting like a pineapple are now clutching their pearls about the word ‘d-ck.’ So I do not think there was anything wrong with it.”

Jackie also agreed with fellow guest Danny Pellegrino when he suggested Dolores took her comment out of context.

Jackie then answered a series of rapid-fire questions about the RHONJ cast. She revealed that she doesn’t believe the guys were too hard on Bill following Jennifer’s fight with Melissa and applauded husband Evan Goldschneider for finding his voice on Tuesday’s episode.

“I think that Evan keeps his mouth closed most of the time but he found his voice tonight. So I’m not mad at that,” she admitted.

But when Jackie was asked if she thought Teresa would really stop talking to Jennifer if Melisa and Joe told her to, she quickly said, “No way!”

Also during the Q&A, Jackie and Evan said they didn’t believe Margaret was too invested in the Luis rumors and reacted to a question about whether or not Bill should have defended Jennifer when she felt ganged up on by the group.

During the WWHL: After Show, Evan was asked about how his guy friends have reacted to seeing him on RHONJ.

“They don’t really say that much. I think they’re scared to say anything. They don’t want to bring it up,” he explained.

Finally, after being asked if Traci went too far in telling Teresa not to fight with family, Jackie said she did not.

“No, I think that Tracy found her voice in that episode. I think she was really like, just expressing her views,” she explained.

And after Danny said Traci shouldn’t have gone there, claiming RHONJ is “Teresa’s show,” Jackie clapped back by declaring it is “not Teresa’s show.”