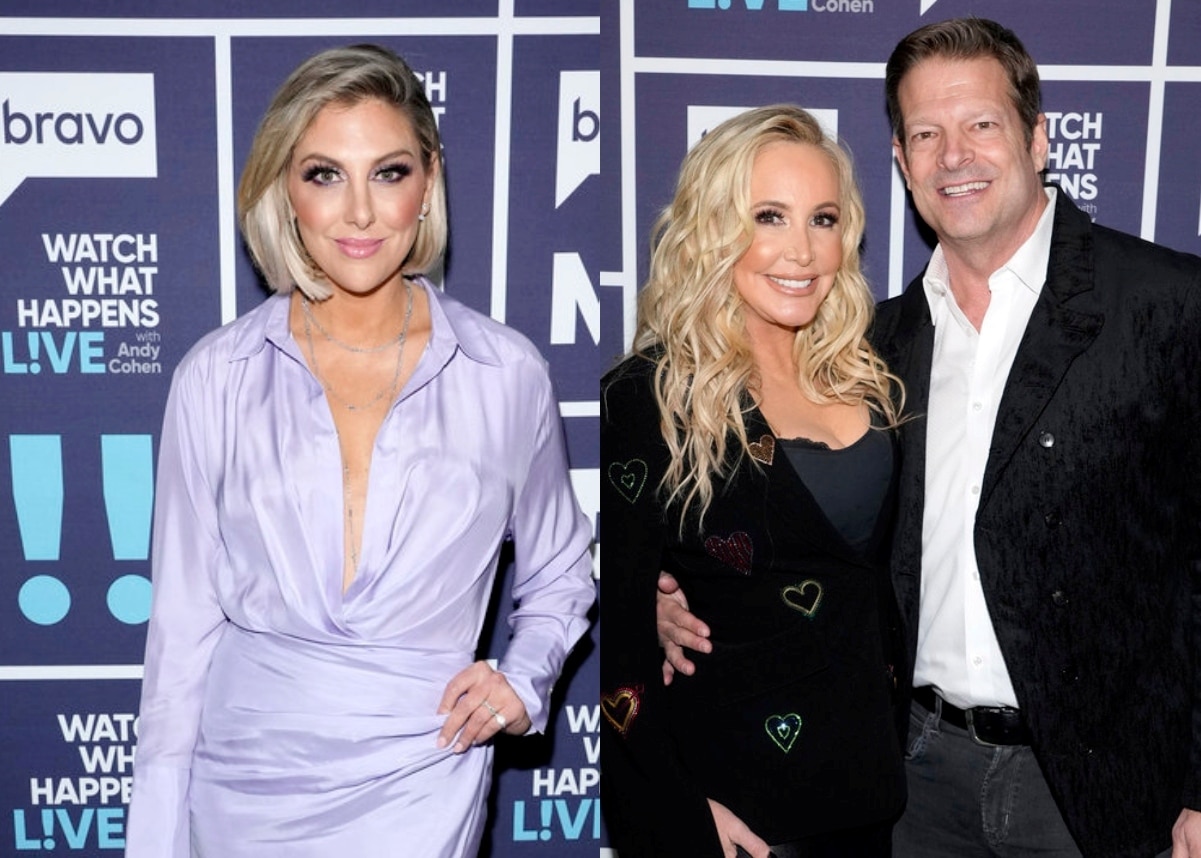 Gina Kirschenheiter and her Real Housewives of Orange County castmates are taking aim at the behavior of Shannon Beador‘s boyfriend, John Janssen.

After John was seen going on a rant against Gina, saying, “F-ck Gina,” and declaring he and Shannon were “done” with her, she and her co-stars clapped back at his behavior, with Gina saying he made her feel “uncomfortable” and Emily Simpson noting that he could have been supportive without being derogatory.

“I think it’s gross. I think it’s horrible. It’s the exact opposite of what he should be doing,” Gina said of John’s antics during the March 23 episode of the RHOC: After Show.

According to Gina, John didn’t have to be so “vulgar.”

“He seemed like more aggressive to me. Honestly, it was very uncomfortable for me. I look over and I see Shannon and John outside and I see John being all like revved up and that’s just super uncomfortable,” she recalled. “I’m here at this medical educational session. My ex-husband’s here and his girlfriend. I have all these other people that are Jen’s guests that I don’t even know and I have John in the backyard saying, ‘I’m over Gina. F-ck Gina.’ … It all seemed very inappropriate and wrong.”

After admitting that she too was upset about the things John said, Emily noted the double standards between John and her husband, Shane Simpson, who caught heat years ago after getting into a tiff with Kelly Dodd.

“Shane [got] a lot of crap his first season for just having his opinion or saying something mild back to Kelly,” Emily stated. “[So] for John to insert himself into an argument between two women when clearly he doesn’t know the facts, he doesn’t know everything. He only knows Shannon’s point of view. I understand that he should be supportive to Shannon. But there’s a way to be supportive of Shannon without dissing or being derogatory towards Gina… That’s where I feel you have to draw the line.”

“Sometimes I don’t feel like John ever tells Shannon, ‘Maybe you’re the one being unreasonable. Maybe you need to listen. Maybe you should see what she’s trying to say. Maybe you need to apologize,'” Emily continued. “And that’s where I feel like [Travis Mullen], because I’ve heard Travis check Gina. And Shane does the same for me. I don’t get away with behavior that’s out of line because he will tell me, ‘You are out of line. You’re acting ridiculous. You need to go sit down.’”

As for Heather Dubrow, she wondered why John got so involved.

“Look, your girlfriend comes up to you and is upset about a conversation they just had, you be supportive, but at some point, man, stay out of the female drama,” Heather advised.

During another segment of the RHOC: After Show, Shannon responded to her partner’s behavior, saying that she wasn’t used to having someone be so supportive and “jumping to [her] defense.”

“So you know, when discussing with him these different things Gina has said about me or to me, he doesn’t like it. He knows that I’m hurt by it and he’s supportive and he doesn’t want to see me hurt,” Shannon explained, noting that John knew she intended to resolve things with Gina at Jen’s event.

“And he himself has been frustrated with her treatment of me at times,” she continued. “So I sat down with him and I told him what she said.”

Although Shannon noted that she “wasn’t crying,” she admitted her eyes welled up because she’s sensitive.

“That’s just a really mean thing to say to somebody because I’m proud of myself and what I’ve accomplished. And [John] got really angry. Really angry,” she noted.

Shannon further complained about being labeled as “jealous” of Gina, saying, “It’s not even high school. It’s middle school.”

And Noella Bergener agreed, saying, “It’s exhausting too because it’s such a stupid topic. Like, what are we saying? Adult women are jealous of each other.”