Home Real Housewives of Atlanta News Kandi Burruss on Moment She Almost Quit RHOA, How OLG Spinoff Differs From Vanderpump Rules, and Why She Couldn’t Film RHUGT, Plus “Don’t Be Tardy” Money Drama

Kandi Burruss on Moment She Almost Quit RHOA, How OLG Spinoff Differs From Vanderpump Rules, and Why She Couldn’t Film RHUGT, Plus “Don’t Be Tardy” Money Drama 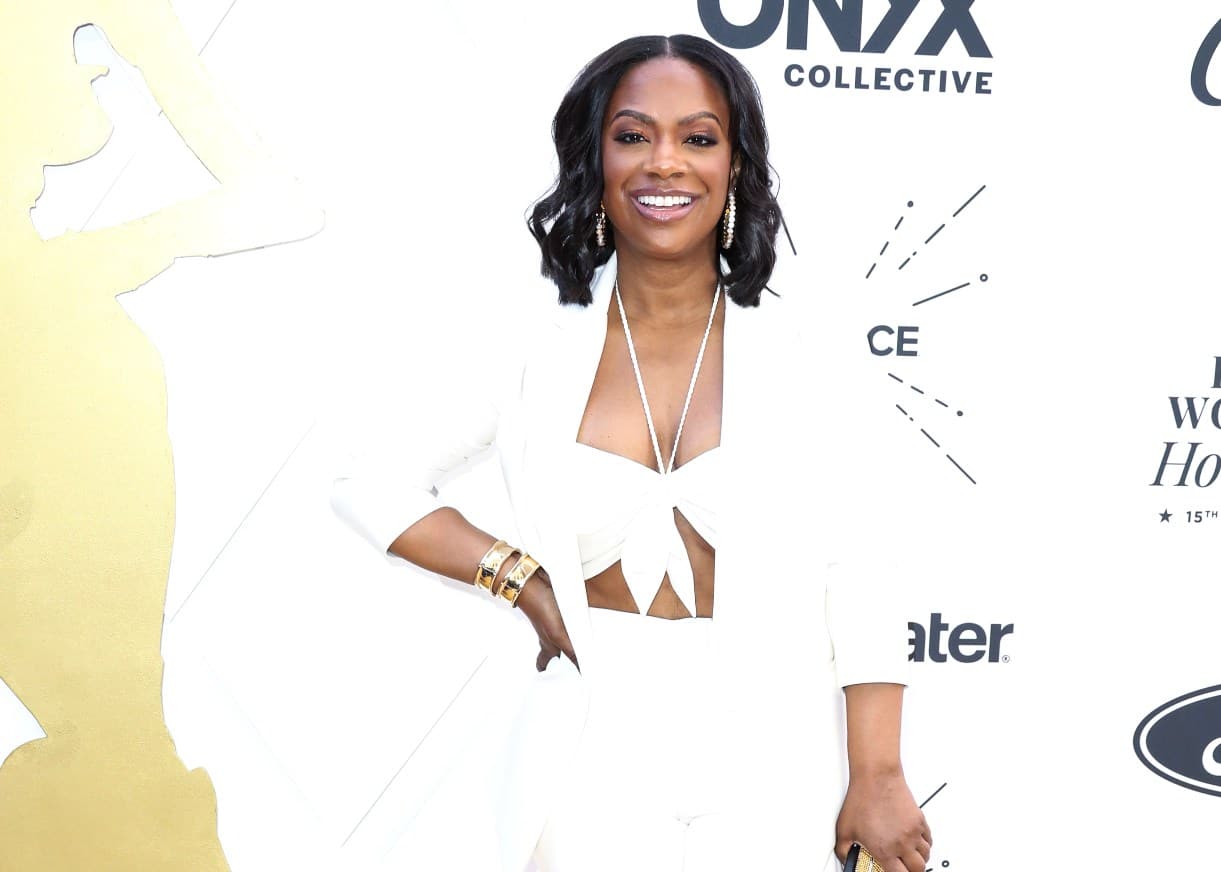 Kandi Burruss‘ new spinoff, Kandi & the Gang, which is based out of her Atlanta restaurant, OLG, has frequently faced comparisons to Vanderpump Rules. However, according to the Real Housewives of Atlanta star, the two shows are much different.

While appearing on the podcast of Tamra Judge and Teddi Mellencamp, Kandi opened up about her new show as she also revealed why she nearly quit RHOA and explained why, despite being approached to appear on the first season of Real Housewives: Ultimate Girls Trip, she was not featured on the Peacock series.

“The major difference on our show is it’s family involved,” Kandi explained on an episode of the Two T’s in a Pod podcast on March 28. “Everything goes way crazier [when family’s involved] and then on top of that, we have more men on our show than pretty much any other show on Bravo.”

Kandi & the Gang is also different from RHOA, where Kandi said she’s constantly preparing to “be attacked,” because her spinoff cast is “just having fun” and “living [their] lives.” That said, she and husband Todd Tucker have found themselves at odds amid production.

“I’m more compassionate with trying to give them a little grace when they’re messing up. Whereas Todd, he’s like, ‘They need to go. Let’s fire them.’ And I’m like, ‘Dude, you cannot fire everybody. That’s not going to work,’” she explained. “We’re good at communicating but we definitely have moments where we bump heads, especially sometimes I feel like he goes a little too hard on some of my family members.”

Because RHOA has so much more intense drama, Kandi’s often found herself wondering if she can endure another season. In fact, she’s had moments where she’s felt as if she was “over it.”

“The whole situation with [Phaedra Parks] and that year, I definitely was over it,” Kandi admitted, giving a nod to Phaedra’s false claim that she and Todd had drugged Porsha Williams in an effort to potentially hook up with her.

While Kandi certainly doesn’t miss Phaedra being part of the show, she does hope former co-star Cynthia Bailey eventually returns.

“Bring back Cynthia,” Kandi recommends. “I love Cynthia. I think she is such a wonderful person all around and I think that she did bring a lot to the show and I don’t feel like people give her enough credit for it.”

When Kandi was then asked if she felt she was fairly compensated for her participation with Kim Zolciak‘s Don’t Be Tardy, Kandi admitted she was not and said she received just “a little money” from the project.

“[But] I’m not holding any grudges with Kim,” she clarified. “[Kim] feels like she was just paying us for the publishing on the song whereas we agreed to split it three ways because we never even gave her the right to put the song out on paper because we thought we was just doing a handshake agreement. But I think overall it was really my responsibility to make sure we put it in writing exactly how we should have done it.”

Also speaking of RHOA, Kandi said she was happy to see that Marlo Hampton finally got a peach for season 14 — at least “until she started coming for [her].”

“I was the main one rooting for her to get a peach… [And] I don’t think anybody owes me anything but I was like, ‘Dang, how’s she gonna come for me?’” Kandi recalled. “But it’s cool. We made up.’”

In addition to filming her spinoff and season 14 of RHOA in 2021, Kandi was approached to appear on RHUGT season one. However, because she had so much on her plate, she was unable to make it work.

“They did talk to me when they were doing the first one but I was still filming The Chi and then I went into Kandi & the Gang so I wasn’t able to be a part of it,” she explained.

And in terms of a future position, Kandi continued, “I wouldn’t say that I would never do it if they asked me… [But] I’m not rushing to make that happen.” She also noted that she would have liked to appear alongside Cynthia and Kenya Moore.

Also on the podcast, Kandi played a game of rapid-fire questions about the Kandi & the Gang cast, during which she deemed Aunt Bertha as the funniest, Aunt Nora as the best cook, and Joyce “Mama Joyce” Jones as the shadiest.

“She would make a great housewife,” Kandi added of Joyce.

Kandi then said that she’s most scared to mess with her mama or Aunt Nora “because they will fight.”

As for what’s next, Kandi teased new music.

“I do have some music that I’ve just been sitting on, honestly. And I was thinking about, like, ‘Dang, I should drop some records right now.’ But I need to put a real plan behind it. I don’t want to just throw it out there without a real plan,” she shared.

Kandi & the Gang season one airs Sundays at 9/8c, and The Real Housewives of Atlanta season 14 premieres Sunday, May 1, at 8/7c, both on Bravo.