Heather Dubrow Hints Noella Bergener May Not Return to RHOC After “Interesting” Conversation With Andy Cohen, Suggests She’s “Inauthentic” and Embellishes for Camera 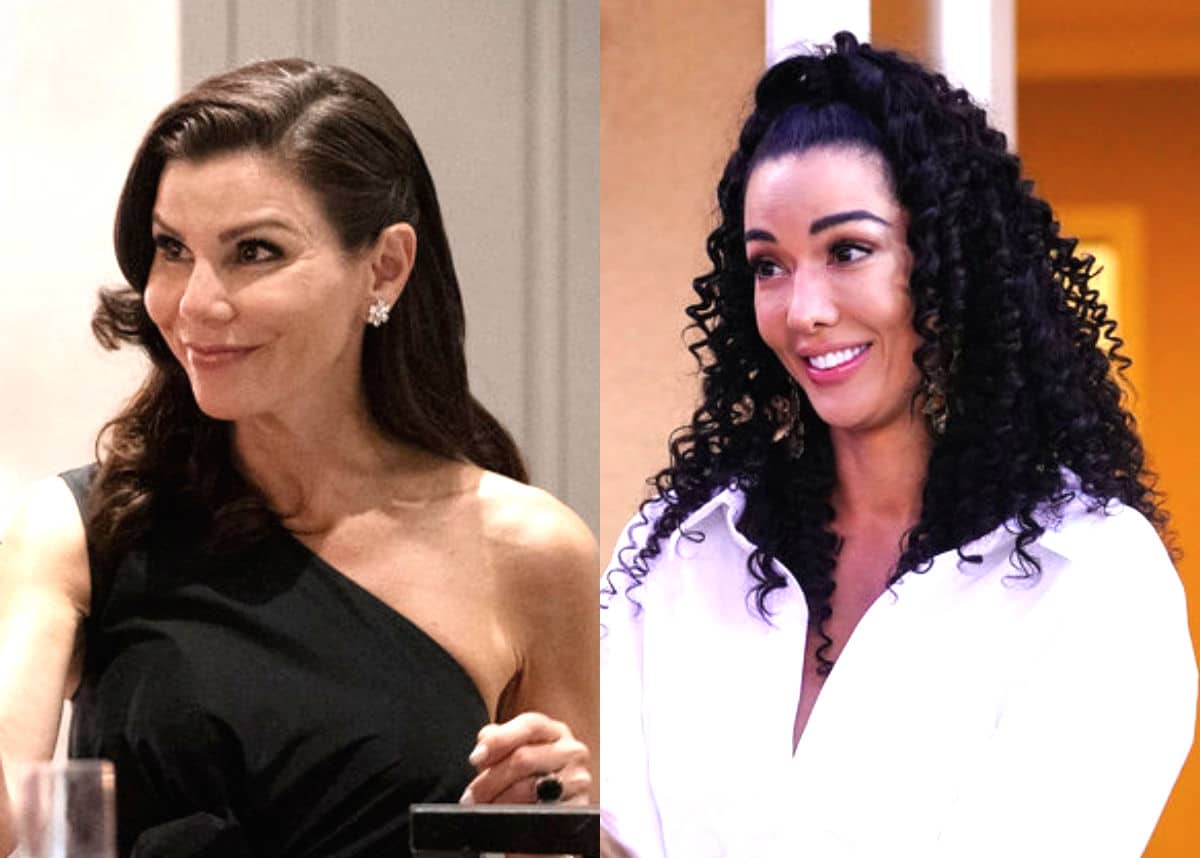 Could Noella Bergener be a one-hit-wonder of The Real Housewives of Orange County?

During the latest episode of her podcast, Noella’s co-star, Heather Dubrow, who was brought back to the show for season 16 after previously starring on seasons seven through 11, reflected on a recent conversation she had with Andy Cohen before revealing what she believes is the problem with Noella’s behavior.

“We had a very interesting conversation that I cannot share before the show… Um, but very interesting,” Heather teased on the April 17 episode of Heather Dubrow’s World of her recent appearance on Watch What Happens Live.

“The problem is, when you get people that have watched too many reality shows and feel like they need this big storyline or they wanna… ‘I’m going to fight with this person. I’m going to do this. I’m going to do that,’ It doesn’t ring authentic, the audience responds to it and that doesn’t get longevity on this show,” Heather continued.

Although Heather noted that she doesn’t judge Noella for how she’s handled her divorce and the death of her father, she said that she does judge her castmate’s inauthentic antics, including her decision “to make a moment” out of “taking off her rings on camera, twice,” and her riverside scream.

“I think you see with the audience too, that it doesn’t ring true,” Heather stated.

According to Heather, she felt that Noella was either complaining about the cast not checking on her enough or distancing herself from the ladies complete.

“[Noella] seems to be always pissed when she’s with everyone and everyone’s not asking her how she’s doing and what’s going on and not a part of the group… [But] she was constantly separating herself from the group. And for someone who says they wanted to be a part of things, I just don’t really get that,” Heather admitted. “It just felt like she wanted to be on a show by herself.”

Heather also felt that Noella was putting on a show for the cameras.

“Talking out loud to yourself by yourself when the cameras are there is a put-on,” she explained. “You don’t walk around your house and go, ‘I wonder if I can light my guitar on fire.’ You’re talking to the camera… It’s just all so inauthentic.”

Also on the podcast, Heather looked back on the final night of RHOC filming, when, after claiming she just wants to have fun, Noella slipped off into a corner as the rest of the cast enjoyed one another’s company.