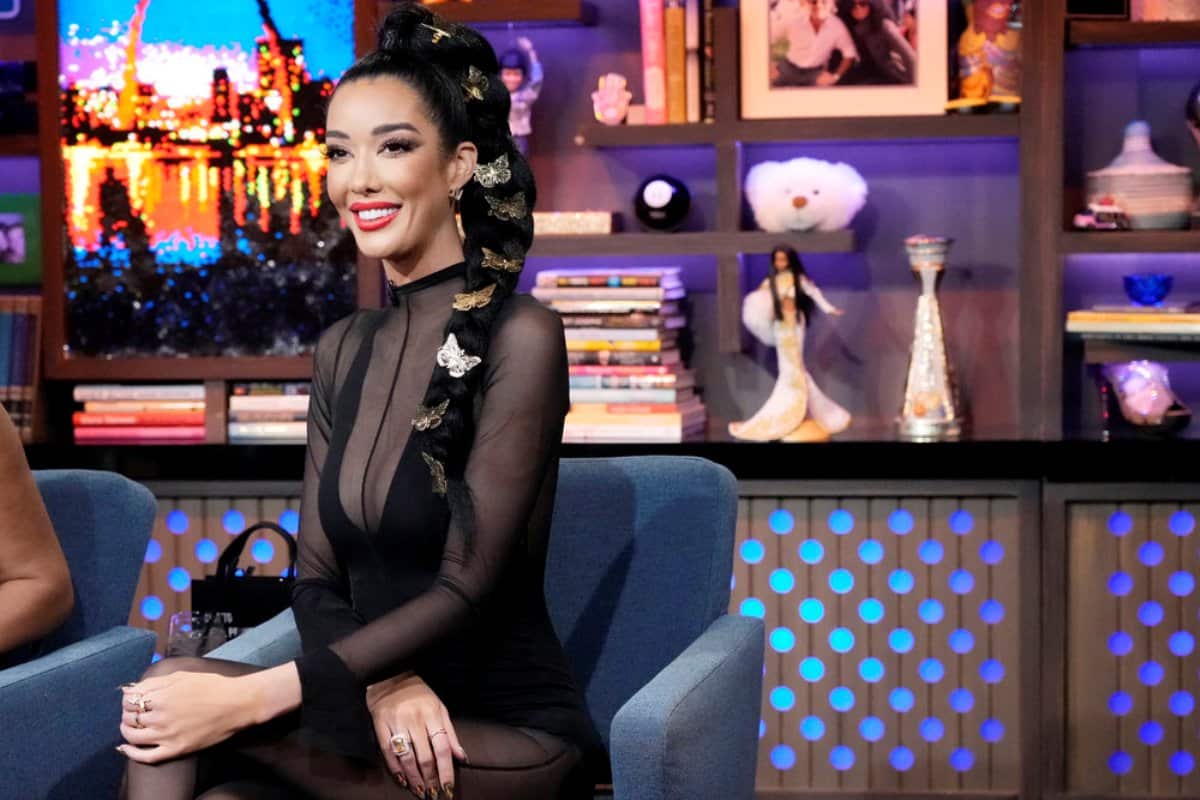 Noella Bergener shared a photo of her kids on Instagram on Easter, and right away, many of her fans and followers wanted to know why they’ve never seen her daughter on The Real Housewives of Orange County.

Following the sharing of her family pic with son James Jr. and daughter Coco with the Easter Bunny, Noella, who was added to the cast for season 16 after establishing friendships with former cast members Vicki Gunvalson and Braunwyn Windham-Burke, admitted that the holiday was “rough” before explaining why Coco hasn’t been featured on the Bravo reality series and seemingly throwing shade at her ex-husband, James Bergener.

“Happy Easter… Not going to lie today is rough,” Noella began in her length post. “My therapist assures me it’s perfectly normal to struggle on holidays after a sudden divorce with young kids. But the mom guilt is real. I’m doing my best to make it magical but with sunglasses on to hide the puffy eyes. This is my first Easter with my father no longer with us.”

According to Noella, Easter was her father’s favorite holiday due to the rebirth it represents.

“I can feel him looking over us today lending strength. So much love and gratitude to my mom and friends for helping me keep it together. If today is hard for you I get it, I see you and we will get through this together. Take very special care of yourselves today. Sending you all my love,” she concluded, also sharing hashtags for “holidays are hard” and “not okay is okay.”

After Noella’s photo and message were posted, a fan wanted to know if both of the children in the image were hers.

“Are both children in the picture yours?” they asked. “I’ve heard you mention a son but never a daughter. Hang in there, and yes holidays are the hardest.”

She then explained that Coco’s father, who she did not name, didn’t allow her to film RHOC.

“Coco is from my previous relationship and her father doesn’t want her filming. She’s the most amazing daughter a mom could ask for. My blessings. Sending you [love],” Noella replied. 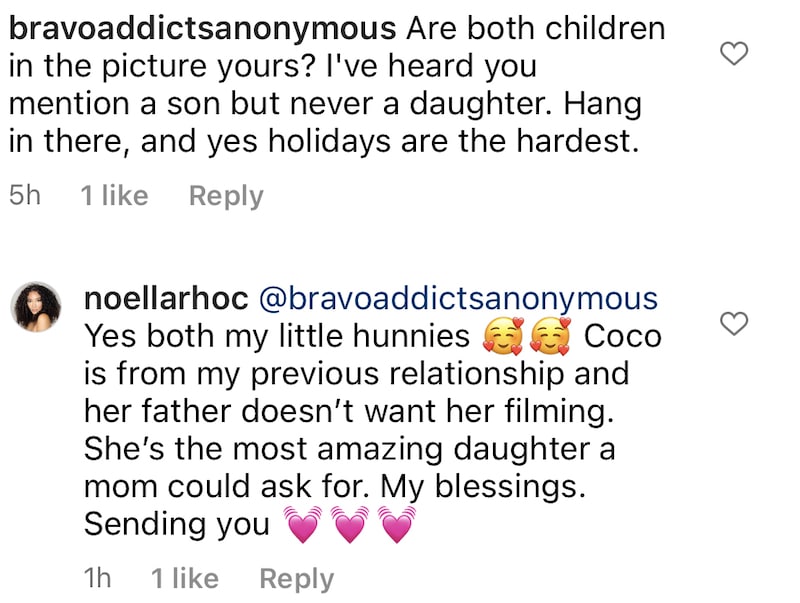 Noella also responded to a fan who agreed that “divorce sucks” by seemingly shading James.

“Better off without partners that don’t deserve us,” Noella stated. “But days like today can be very lonely. Sending you all my love today.” 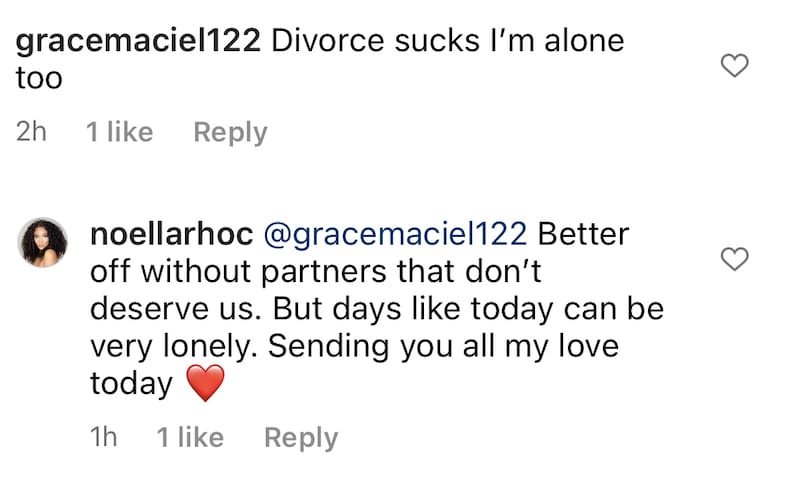 Although Noella and James are in the midst of a contentious divorce, she has found happiness with her new boyfriend, Bobby Schubenski, who she first confirmed she was dating earlier this year.

RHOC Live Viewing – This is also the live viewing thread for part one of the two-part Real Housewives of Orange County season 16 reunion, which begins airing tonight, Wednesday, April 20, at 9/8c on Bravo.