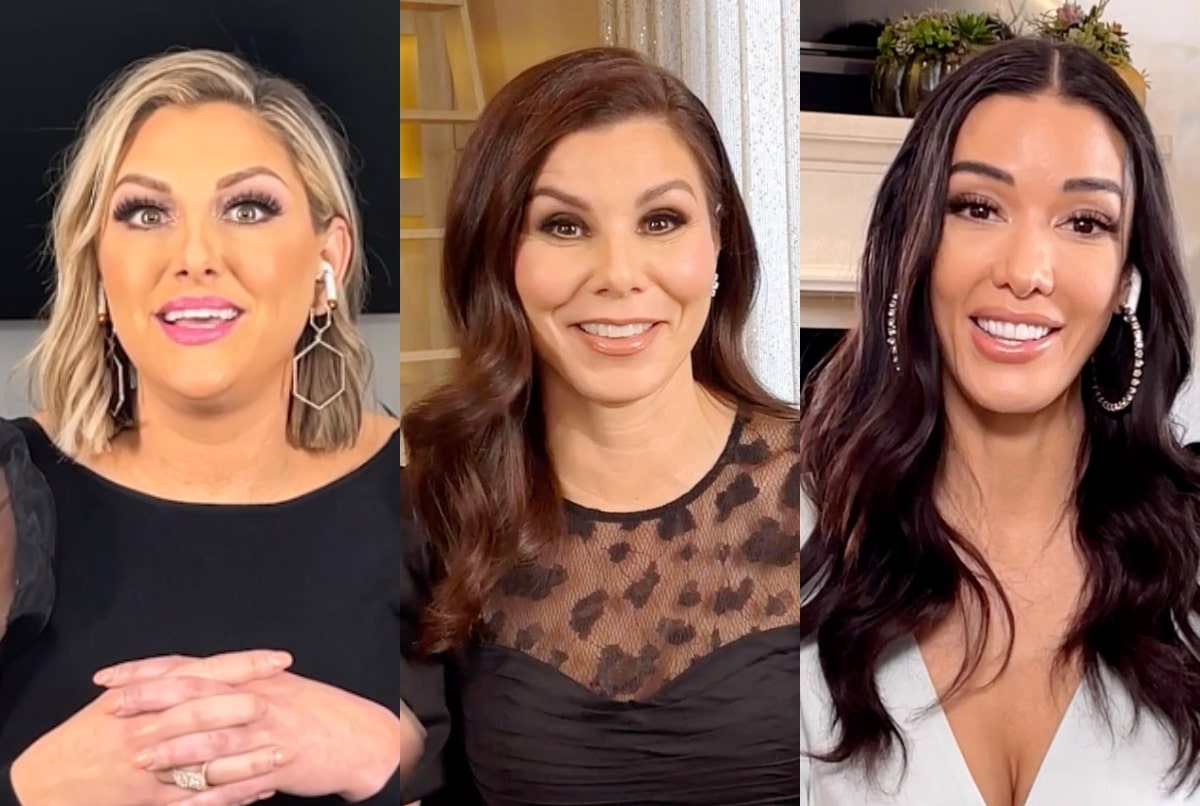 Gina Kirschenheiter didn’t love the “karma” comment Heather Dubrow made to Noella Bergener amid the 16th season of The Real Housewives of Orange County.

After watching as Heather clapped back at Noella for suggesting karma was going to get her but noting that it seemed as if karma was already at work in the life of Noella, who had been hit with a divorce and the death of her father amid filming, Gina acknowledged that Heather’s statements were mean-spirited.

“It’s not nice but at this point they’re flinging so much sh-t at each other… [But] I don’t see Heather referring to her dad passing away. I don’t think anybody would go there but I don’t know. Obviously, Noella’s not having the best year,” Gina admitted on the April 20 episode of the RHOC: After Show.

Emily Simpson was also unsure if Heather was directly referencing the passing of Noella’s father when she clapped back at their co-star.

“Is that a reference to her dad dying? I mean, I’m sure she said it but I’m sure Noella said something equally as degrading,” Emily suspected.

According to Emily, there’s a big difference in how Heather handles her conflict with Noella versus how Noella handles their drama, and that difference is class.

“I think Heather is classy about it where she just doesn’t comment on it. She just goes through her day and says what she says and she doesn’t make it a thing,” Emily explained. “The problem is that I don’t know what happens but all the sudden something happens and Noella, she’ll just throw out a snarky comment out of nowhere and it’s mean and it’ll be rude. It happens over and over and over.”

Looking back at their season, Gina said that Noella may have taken such issue with Heather due to the fact that Heather isn’t truly bothered by their on-screen spats.

“Maybe it just really irritates Noella that Heather gives zero f-cks,” Gina reasoned. “That’s her way of dealing with it. Heather at this point has said, ‘We don’t get along. We’re different people. That’s okay. I can still exist in a room with all my friends. You can be included. We can still all have fun. I’m just not really going to engage with you and I’m going to go about my business.’ And I just don’t think Noella is capable of handling that.”

“Maybe it comes out of frustration because she’s being sort of ignored. I don’t know but she just can’t help herself,” Gina added.

The Real Housewives of Orange County season 16 reunion concludes on Wednesday, April 27, at 9/8c on Bravo.