Home Real Housewives of Beverly Hills News Lisa Rinna Says “No One Gets Special Treatment” on RHOBH Amid Kathy Hilton Drama and Vows to “Talk About It All,” See the Deleted Posts

Lisa Rinna Says “No One Gets Special Treatment” on RHOBH Amid Kathy Hilton Drama and Vows to “Talk About It All,” See the Deleted Posts

Lisa Rinna seemed to give a nod to her drama with Kathy Hilton in a series of since-deleted posts shared to her Instagram Stories.

After the season 12 trailer for The Real Housewives of Beverly Hills saw Lisa confronting Kathy about badmouthing sister Kyle Richards behind her back, Lisa took to her social media page, where she appeared to confirm that all will be discussed in the upcoming season.

“One thing I can tell you… We talk about EVERYTHING NO ONE GETS SPECIAL TREATMENT HUNNI,” Lisa wrote, via Queens of Bravo on Instagram, in one of her Instagram Story posts.

Then, in a second, which has also been deleted, Lisa added, “And it ain’t hunky dory.” 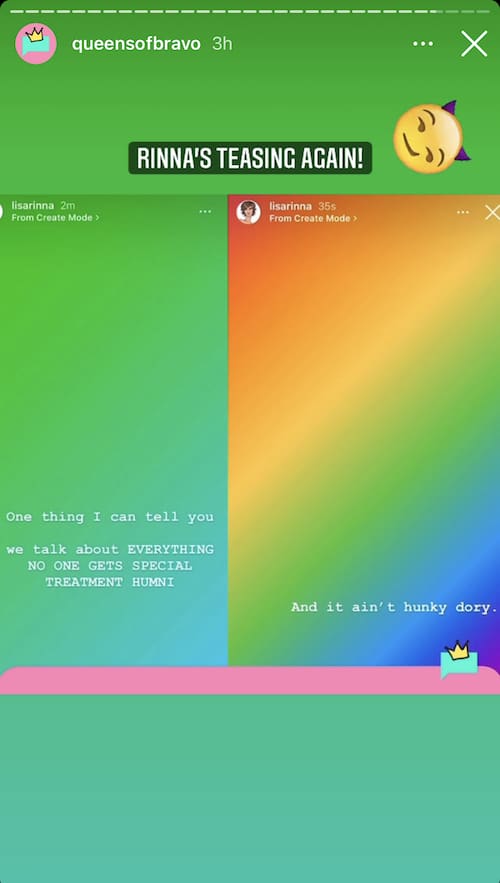 Continuing to tease the situation, Lisa went on to add, “We talk about it ALLLLLL” 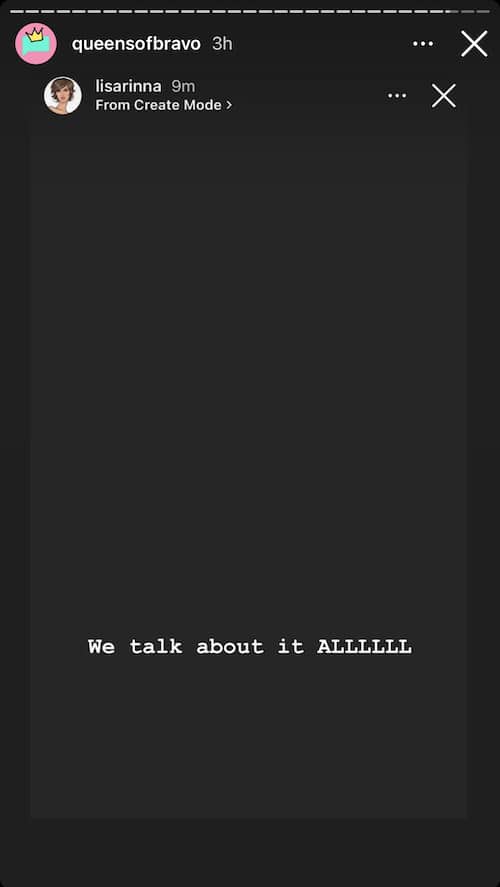 Following the release of the dramatic RHOBH trailer, Garcelle Beauvais appeared on an episode of Watch What Happens Live, where she was asked if Kathy was currently closer to her than Kyle.

“Absolutely,” Garcelle confirmed, adding that Kathy will have the most to answer to at the reunion.

After learning of what Garcelle had said about her relationship with her sister, Kyle admitted the comment hurt her while appearing on an Amazon Live stream.

“Last night, I got my feelings hurt on Watch What Happens Live when I was just sitting at home making dinner, so I don’t know how I still get my feelings hurt, but I do,” she explained to viewers.

Kyle also addressed the topic on Instagram, saying that while Garcelle may think she is closer to Kathy, blood is thicker than water.

“We are sisters. Blood. Family goes through stuff. They have known each other for 2 seasons on a reality show,” she stated.