Home Real Housewives of Beverly Hills News ‘RHOBH’ Garcelle Beauvais on Who Will Have Hardest Reunion, Confirms Kathy’s Closer to Her Than Kyle, and Talks Dating Eddie Murphy and Kissing Jamie Foxx

‘RHOBH’ Garcelle Beauvais on Who Will Have Hardest Reunion, Confirms Kathy’s Closer to Her Than Kyle, and Talks Dating Eddie Murphy and Kissing Jamie Foxx 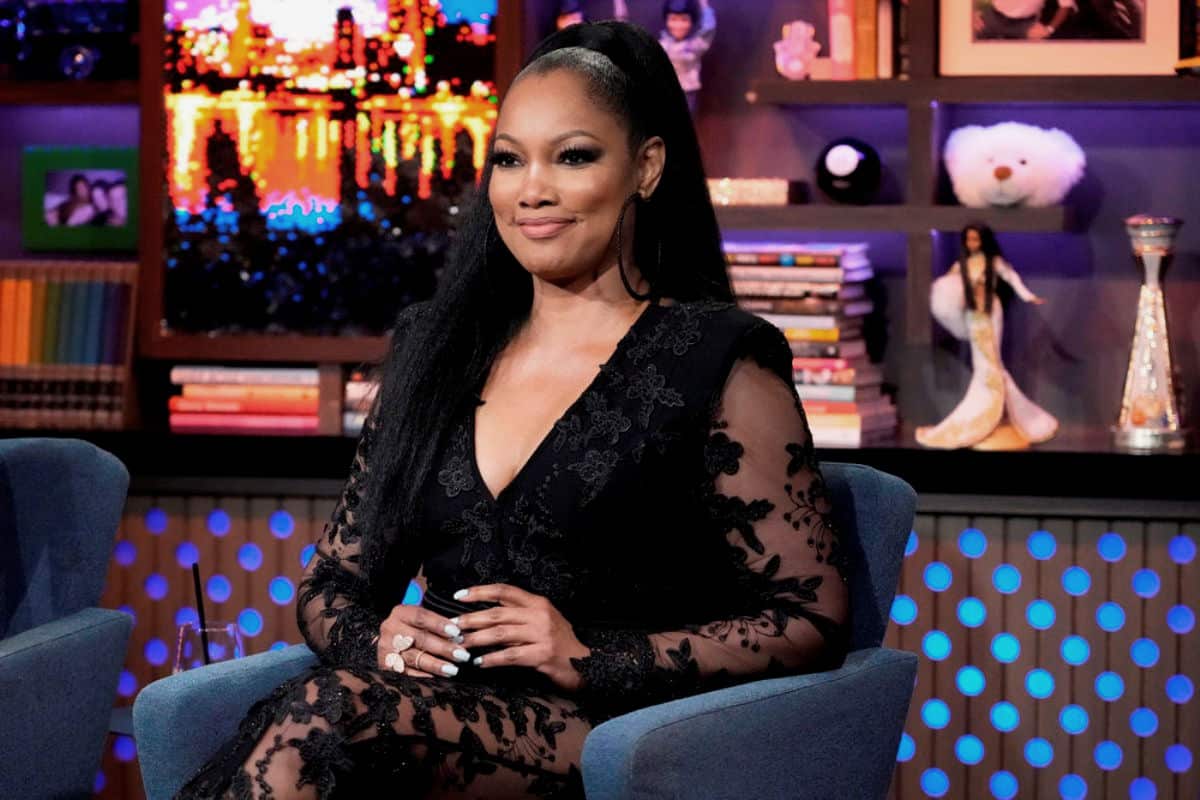 Garcelle Beauvais spilled some major tea during the After Show of Watch What Happens Live on Wednesday.

Ahead of the season 12 premiere of The Real Housewives of Beverly Hills, Garcelle answered a series of rapid-fire questions about her castmates before addressing her past flings with celebrities and sharing some telling news regarding Kathy Hilton‘s relationship with sister Kyle Richards.

During a game with the bobbing heads of her castmates on the April 13 episode of WWHL, Garcelle named Lisa Rinna as the “biggest pot-stirrer” and the co-star who turned out the best looks with her “really cool wigs,” said Erika Jayne hurt her feelings the most amid season 12, and said she was the one who dives deepest into Erika’s ongoing legal drama.

As for who will have the most to answer to at the reunion, Garcelle named Kathy, who was accused of using a slur against an Aspen employee earlier this year (although she denied any such thing).

On the WWHL: After Show, a caller gave a nod to a snippet from Garcelle’s new book, Love Me As I Am, in which she suggested Eddie Murphy was “the one who got away,” and asked if she still felt that way.

“Then I did. Not now. He’s got a girlfriend. At the time, yes, for sure. Absolutely,” Garcelle admitted, noting she once “double-booked” Eddie with another man.

“I forgot [and I canceled on Eddie] because the other guy was in my house, my apartment,” she explained.

Also on the After Show, Garcelle was asked about season 12 “friend” (and Garcelle’s real-life friend) Sheree Zampino‘s reaction to her ex-husband Will Smith‘s Oscars slap.

“She actually left to go meet the family because they were going to celebrate, hoping that Will was going to win. So she was gone from our table when the slap happened,” Garcelle revealed.

“Rinna was not there,” she confirmed.

As she answered questions during the live broadcast of WWHL, Garcelle confirmed Jamie Foxx knows about the comments she made regarding a past kiss they shared in her book before going into further detail about the actor.

“He’s so cool. And he’s hung like a horse… Holy crap!” she exclaimed. “We did a stint where he sort of like ripped off his jeans and it’s just like, [rolling out].”

In another, even more shocking revelation, Garcelle said that she is currently closer to Kathy than Kathy is with Kyle.

In the trailer for season 12, Lisa was seen confronting Kathy about things she allegedly said about Kyle, who sat in tears between them. And judging by Garcelle’s comment, things between the sisters have remained strained.

Also on WWHL, Garcelle was asked if she regrets turning down Michael Jordan for a date.

“I didn’t know who he was. At the time, there was no Google or anything. I was at Essence Magazine having a fitting. and they said, ‘Tomorrow you’re going to work with Michael Jordan.’ And the way they said it, I thought, ‘I should know who this is.’ And then I called home and my brother was like, ‘What?!'” she recalled.