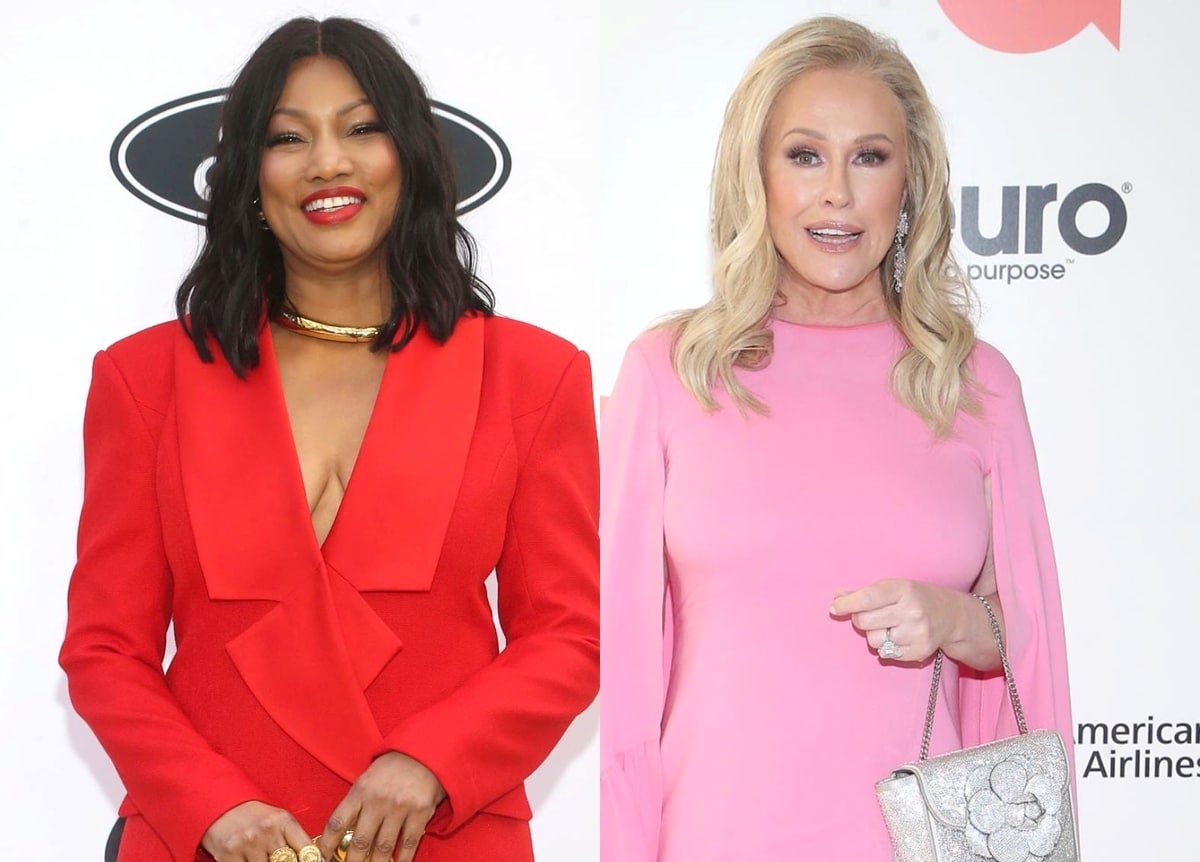 Garcelle Beauvais is speaking out in defense of Kathy Hilton after she was accused of trash-talking her sister, Kyle Richards, by castmate Lisa Rinna in the recently-released trailer for The Real Housewives of Beverly Hills season 12.

Following the release of the drama-filled trailer, Garcelle applauded Kathy as a “great woman” while offering an update on her relationship with Erika Jayne, sharing “friend” Sheree Zampino‘s initial thoughts about the show, and more.

“They tell us [the trailer] is coming, but they don’t give it to us. And so I watched it on my phone as I was getting glam for tonight, and I was like, ‘Oh, my God,'” Garcelle admitted to Page Six on April 8. “I thought it was good. I thought it was strong. I thought it highlighted sort of the things that, that people are gonna have conflict [over] this season.”

But Garcelle didn’t enjoy the entire trailer and suggested that the drama surrounding Kathy may not have been as it seemed.

“The Kathy thing, I don’t like,” Garcelle stated. “I think she’s a great woman, and I think the show thrives on drama.”

In addition to Lisa targeting Kathy, Erika confirmed to Kyle that she was supportive of Kathy being called out — especially after being called out herself for her ongoing legal drama with Thomas Girardi.

When asked about her current relationship with Erika, Garcelle said the two of them experienced ups and downs amid the new season and replied, “No,” when asked if they were in a better place now than they were at the start of production.

“There’s a few, you know, bumps in the road,” she admitted.

At one point in the trailer, Erika asks Garcelle if she’s “concerned” or trying to make her “look bad.” And not missing a beat, Garcelle replies, “Erika, I don’t have to make you look bad; you can do that on your own.”

During season 12, Garcelle and her castmates were joined by full-time housewife Diana Jenkins and “friend” Sheree, who has long been an actual friend of Garcelle’s.

“Literally, every 15 minutes, she’s like, ‘What the hell?’” Garcelle laughed of Sheree’s response to the women. “She had never gone on a girls’ trip, so when we went on the girls’ trip, she was like, ‘I can’t handle it.’ She was like, ‘Y’all do too much.’”

Also during the interview, Garcelle confirmed she has addressed Will Smith‘s Oscars slap with Sheree.

“I just said, ‘Are you OK?’” she revealed. “We haven’t really delved too deep into it, you know? I just check in on her. We’re all still processing it, honestly… [But] no one should be hit. Violence is not a good thing.”