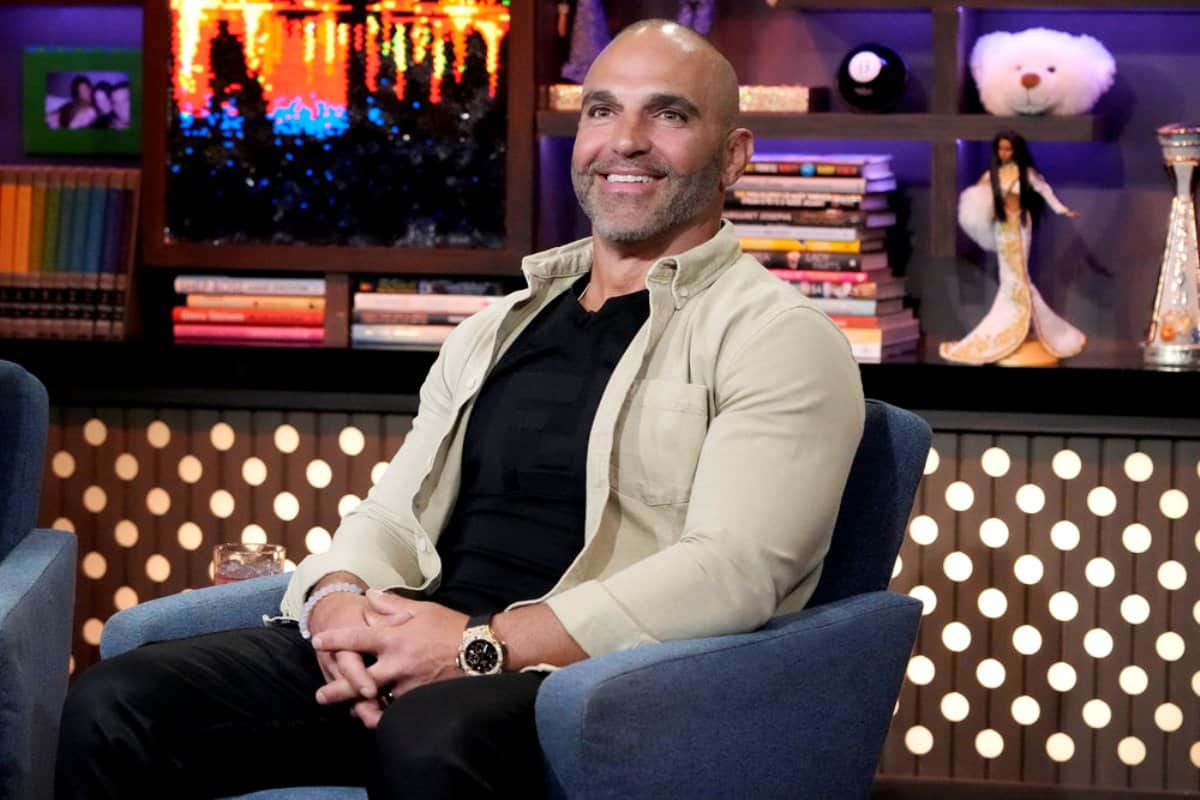 Joe Gorga appeared on Tuesday’s episode of Watch What Happens Live alongside the husbands (and a fiancé and an ex-husband) of The Real Housewives of New Jersey cast. And during the appearance, he addressed a controversial comment he recently made on wife Melissa Gorga‘s podcast.

After suggesting Teresa Giudice should be thanking him and Melissa for maintaining the show during her 11-month prison stint, which he claims allowed her children to stay living in their former Montville, New Jersey, mansion and kept food on their plates, Joe clarified his statements.

On the May 17 episode of WWHL, after a virtual fan wanted to know why he said his nieces would be homeless if it wasn’t for him and Melissa, Joe admitted, “I didn’t mean homeless.”

“What I meant was we kept the show going. We went through a downfall,” he explained.

But Andy Cohen quickly pointed out, “We did shut production for a while until Teresa came out [of prison].”

“Correct,” Joe replied, adding that he and Melissa absolutely have their own “storyline” and labeling his role as “epic.”

“This Joe has been epic because of the family drama. Correct?” he asked.

“That you’re involved with. There you go,” Andy agreed.

As RHONJ fans may have heard, Joe pointed out on Melissa’s podcast that he stepped up for Teresa’s family because her then-husband, Joe Giudice, wasn’t working at the time.

“How about ‘Thank you?’” he asked. “Because when she was in prison, Joe wasn’t working at all either. So they had no income. If we weren’t on the show, their kids would not still be living in that house and have food and have whatever they had.”

Also on WWHL, Joe was asked if he forgave Jennifer Aydin for calling him a “b-tch boy.”

While Joe doesn’t forgive Teresa, she did offer him an apology, via Instagram, saying, “I am so sorry did not mean that at all there was so much going on during the taping that I lost myself. Love you tons XOXO.”

The Real Housewives of New Jersey season 13 is expected to begin production later this month.