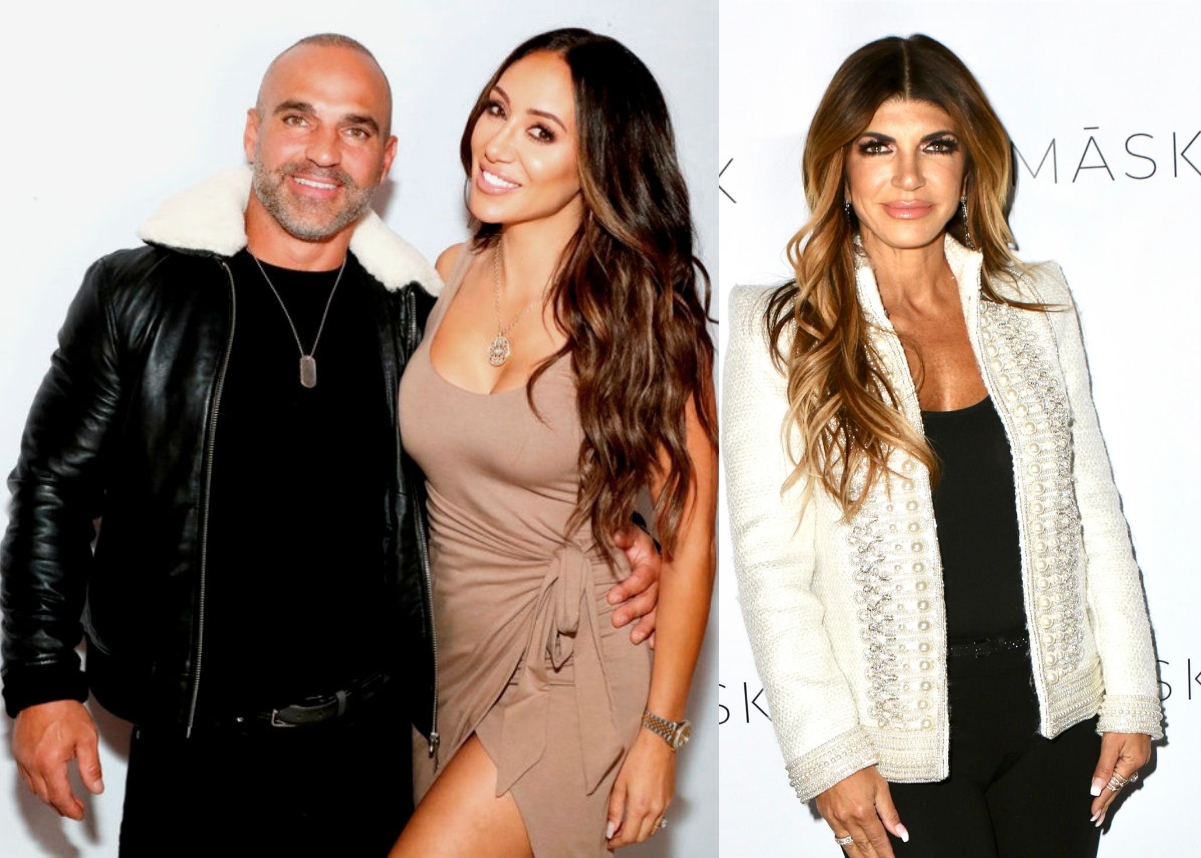 Joe Gorga believes Teresa Giudice‘s decision to leave Melissa Gorga out of her bridal party was an act of disrespect towards him.

“Regardless if she liked my wife or she didn’t like my wife, she’s basically smacking me in the face and she’s giving me no respect and she’s making it hard on me,” Joe said on Melissa Gorga On Display on May 5. “It’s basically, ‘I don’t care about my brother’ because if it was me getting married, and she was with [Luis Ruelas], even if I didn’t like Luis, I would put Luis in the wedding.”

According to Joe, he wouldn’t want to create drama with a snub and would want to be happy and close to his family.

“I want my sister there and I want it to be peaceful so I’m gonna make my sister happy by putting Luis in. So by her doing it, this was terrible. It just brought us right back,” he admitted.

Although she said she isn’t upset with Teresa, and that Joe shouldn’t be either, she said it set them back because Teresa included so much of Luis’ family.

“If you’re going to put in Luis’ sisters and his sister’s husbands I think it sets us all back because it’s almost like, it’s insulting [Joe], like, ‘Hey Joe, I love you. You’re my only living relative but I am not going to put your wife in my wedding.'”

In addition to discussing this issue at the RHONJ reunion, Melissa and Joe also feuded with Teresa about the way they joined the cast — for the umpteenth time.

Looking back, Melissa said she can’t imagine any of her own sisters being so upset with her for joining a show they were on.

“I couldn’t imagine my sister not being happy that I was here or calling me a b-tch,” she said, noting that she feels “bad” for Joe because he’s never experienced the dynamic she has with her own family.

“It’s a shame because your father did this with his sister and it’s kind of like, history repeating itself and it’s extremely sad,” she stated.

Melissa went on to point out that Teresa should be grateful that she and Joe were able to keep RHONJ going when she went to prison.

“When [Teresa] got out [of prison] we were able to cast all of these new people. We kept the core of the show going. It would have just turned into the show that she had for three episodes, which was [Teresa Checks In], which Joe Giudice did on his own.”

“How about ‘Thank you?'” he asked. “Because when she was in prison, Joe wasn’t working at all either. So they had no income. If we weren’t on the show, their kids would not still be living in that house and have food and have whatever they had.”

Elaborating further, Melissa said, “Joe needed to make money on that show and he needed someone to film with and here we were that jumped in. He had us to bounce off of and had someone to talk to on it.”

Joe went on to ask how things would have gone down if it was him and Melissa who were cast first on RHONJ.

“You know what I would do? I would bring my entire family in, my family, your family, because let’s make this show great as a family. Let’s all capitalize on family. Not, ‘I don’t want you on the show.’ Look at the Kardashians,” he mentioned as Melissa noted that her family’s “not all prone into being on TV.”

Joe then gave a nod to his and Teresa’s ongoing feud about his and Melissa’s roles on the show, noting that when she again brought up the topic at the reunion, he found himself wondering what he was doing on the series.

“Twelve years later, I just saw that hate. She’s got like this anger and this hate for us and I’m like, ‘Wow, I’m done. I want off,’” he admitted of his storm-off.

The Real Housewives of New Jersey season 12 reunion continues Tuesday, May 10, at 8/7c on Bravo.