Home Real Housewives of Beverly Hills News RHOBH’s Crystal Kung Minkoff Talks “Different Side” of Kathy, Blowout With Erika and If She Believes Erika’s Innocent, Plus Feud With Garcelle and Where They Stand

RHOBH’s Crystal Kung Minkoff Talks “Different Side” of Kathy, Blowout With Erika and If She Believes Erika’s Innocent, Plus Feud With Garcelle and Where They Stand 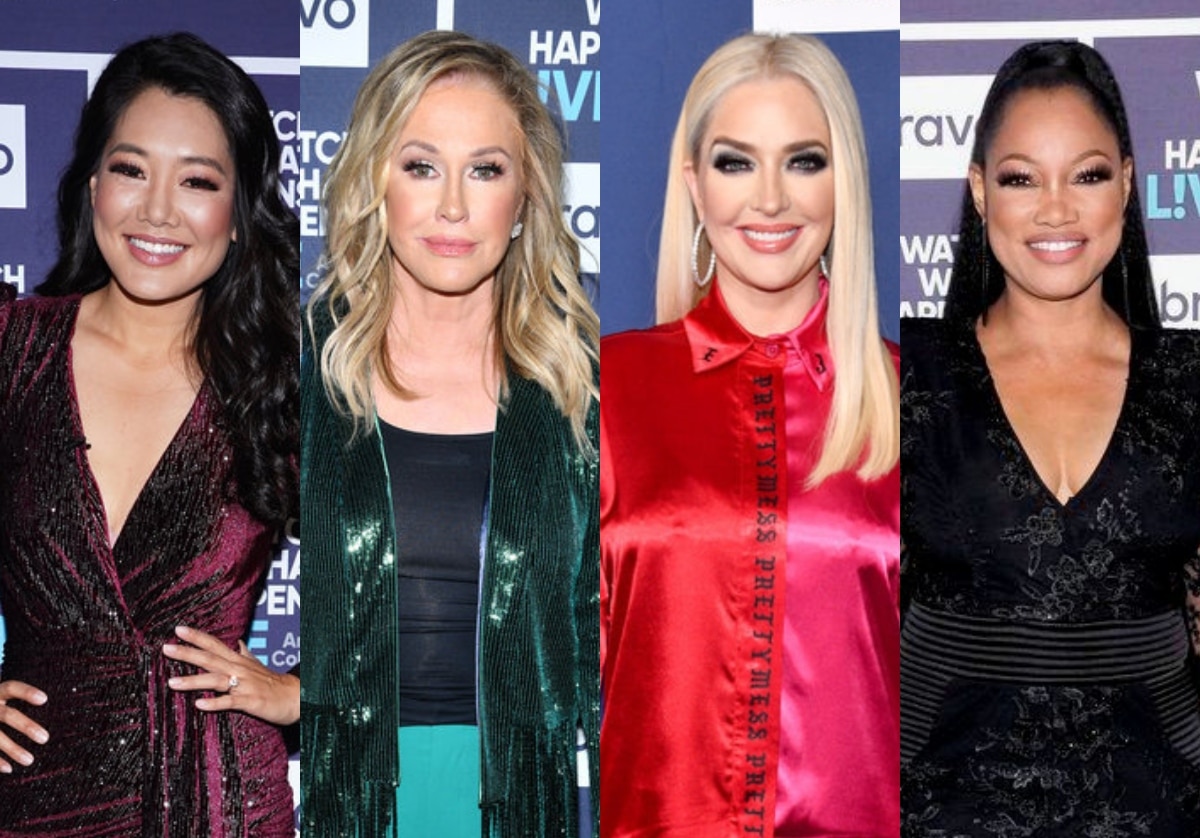 Crystal Kung-Minkoff claims she and her Real Housewives of Beverly Hills castmates were all faced with major drama during their girls’ trip to Aspen earlier this year.

During a new interview, Crystal, who was in her sophomore year amid season 12, looked back on their trip north before revealing that fans will soon see another side of Kathy Hilton, reacting to Erika Jayne‘s feud with Garcelle Beauvais, and revealing where she stands with Garcelle today.

“What didn’t happen [in Aspen]? It felt so long. I look back… I’m like, ‘We really packed a lot of hell in one weekend,’” Crystal recalled on the May 10 episode of Access Hollywood‘s Housewives Nightcap. “Everyone was involved in something. It wasn’t focused on one person. It wasn’t like one person was the target… It just went on and on and on. But it’s weird because I had a really good time.”

After adding that no one left the trip early, despite reports, Crystal said that the new season “goes up and down” and is filled with “fun and crazy and mayhem.”

“It’s just all over the place,” she exclaimed. “I do know that sometimes the audience doesn’t like one storyline or one argument. I will say that it jumps to everyone at some point. Everyone gets in it.”

While fans will have to wait and see what controversial thing Kathy allegedly said amid filming, Crystal did say that viewers will see more than her “funny” side on season 12.

“She’s a real person too, who’s fun and great with flaws as well… I just think now you get to see a different side,” Crystal hinted. “I’m hoping they get to see my other side [as well]. We all have many sides and I think last year I had more, sort of colder and quiet, but it was because I was quiet. And I really work hard at being myself and relaxed and fun and open and so I hope [fans] get to see that part.”

Even after filming wrapped, the drama of RHOBH continued as Erika and Garcelle engaged in a social media war, during which Erika tossed Garcelle’s book in the trash.

“I was like, ‘Oh my God, here we go.’ I didn’t know it was getting that bad between them,” Crystal stated. “When we’re done, we’re wrapped, things to me settle… I would like to think everyone supports everyone in their businesses but there’s real conflict between them.”

“I don’t know if I would ever do that,” she added.

As fans have seen, Crystal had her fair share of drama with Erika as well. And at one point, Erika was seen telling her co-star that she supports the victims of her estranged husband Thomas Girardi‘s fraud because it’s “cool.”

“I don’t know if [cool is] the word to use about supporting victims of this crime but I guess it is cool,” Crystal noted.

“That blowout was towards the end so I feel like… I don’t know if I’m allowed to say that… But yeah, she was helpful and I think that’s probably why her reaction was so much bigger,” she continued.

Crystal noted that what Erika is going through legally is “really tough.”

“It’s not a tough topic to have a very strong opinion about. It’s a tough topic to talk about,” she clarified. “Last year… I actually did not have a strong opinion yet because I was developing it. I was just getting to know everybody and then I didn’t feel comfortable sharing. I like to wait until I’m pretty solid in how I feel. I’m not the one that just spews out whatever.”

When Crystal was then asked if she believes Erika’s claims of innocence or if she questioned it like Sutton Stracke, she confessed, “I don’t know if I don’t believe her.”

“She and I talked about it. The stories are wacky,” Crystal declared. “I don’t know what’s in her head. All I can do is share how I feel and someone’s reaction and someone’s response to me is how I’m going to formulate how I feel about someone. I’m not going to make a blind decision whether you’re honest or not. In a real friendship, you have to develop that.”

“But Sutton got to know her a whole year prior so if she felt that way, that was based on her feelings about her in the past. I had met her while it was happening so it was really challenging for me,” she explained. “I always lead with a passion and the thing that really drew me there was her talking about him possibly having Alzheimer’s, which is what my father went through. And I can tell you there’s a lot of crazy things that happened that my dad would say or do when he was in his sickness.”

As for where she stands today with Garcelle, Crystal said they’re “good.”

“We were all together last week,” she confirmed, noting that Garcelle was shocked she “did Teddi’s podcast,” which Garcelle refused to do.

“I think because I feel so close to Garcelle now that it probably resonates with me in a stronger way, like, it hurts me more,” Crystal said of Garcelle’s warning to Sutton about her. “That one really felt hard for me. But you get through it.”