Emily Simpson Shares Update on Shane’s Legal Career, Shades Noella for Making RHOC “All About Her,” and Shares Regrets, Plus Talks More Kids 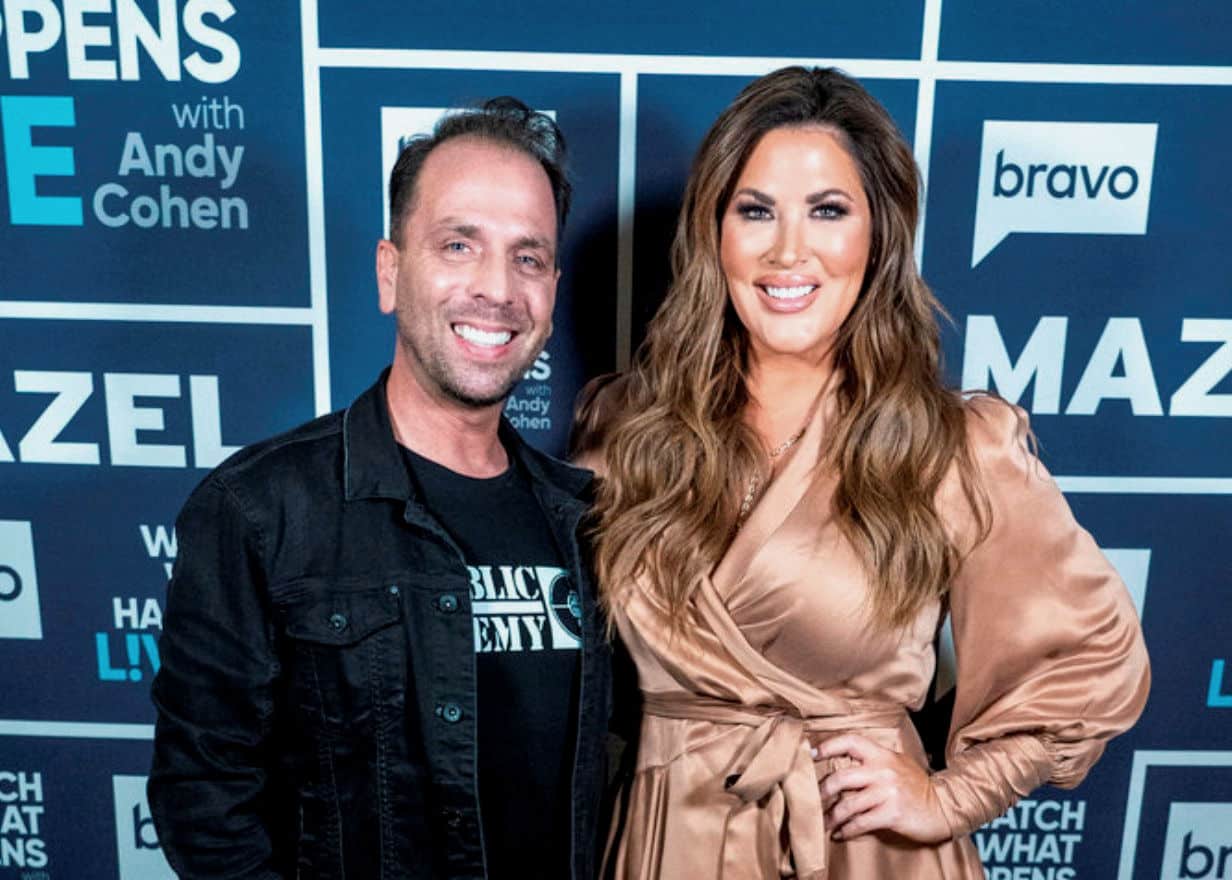 After confirming that Shane had finally passed the California Bar exam following several failed attempts, the Real Housewives of Orange County cast member revealed if Shane is now a working attorney before discussing Noella Bergener‘s self-centered behavior on the show.

“Has your husband started working as an attorney after passing the test,” a fan asked Emily during an “Ask Me a Question” session.

“Yes! He works for a firm in Long Beach,” Emily confirmed. 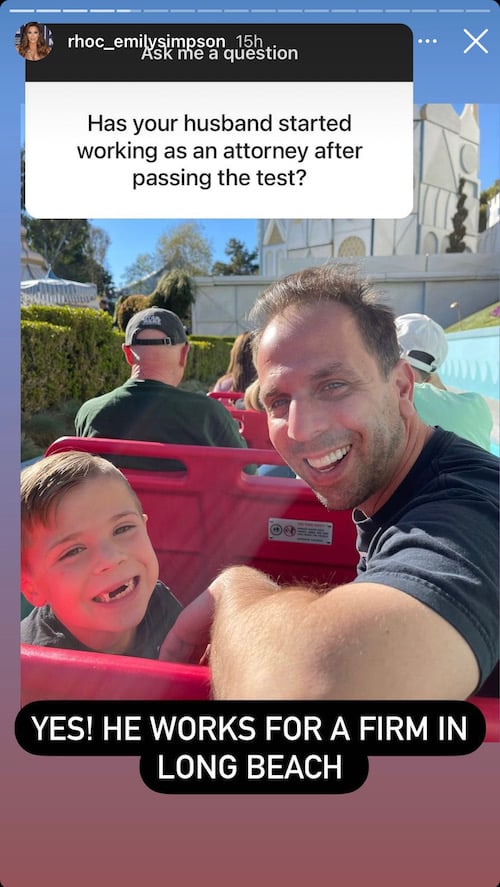 Then, after a second fan asked, “Does Noella make it all about her all season? Or [is] it editing?,” Emily confirmed that what fans are witnessing on RHOC season 16, which has included plenty of conversations about Noella’s split from husband James Bergener, is exactly what she experienced during production.

“It’s not the editing,” Emily replied of her castmate. 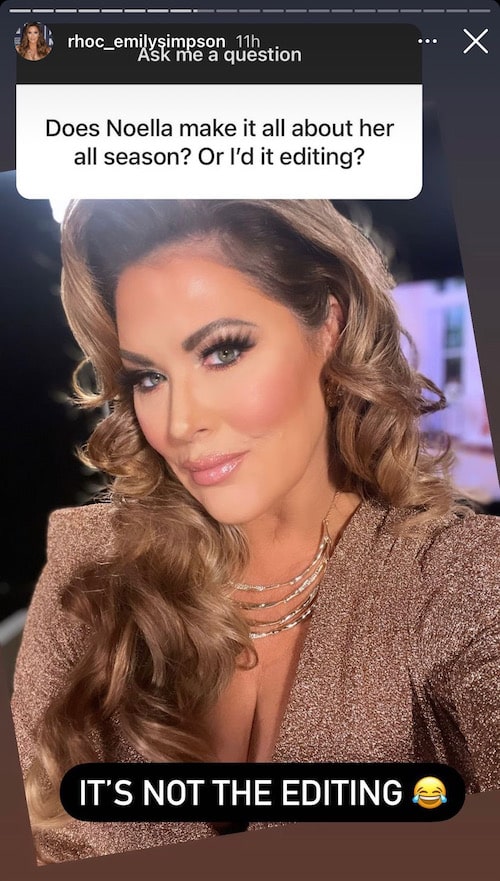 As for whether or not she has “any regrets [about] doing the Real Housewives,” Emily said that while she would do certain things differently, she does not regret signing on to appear on RHOC. 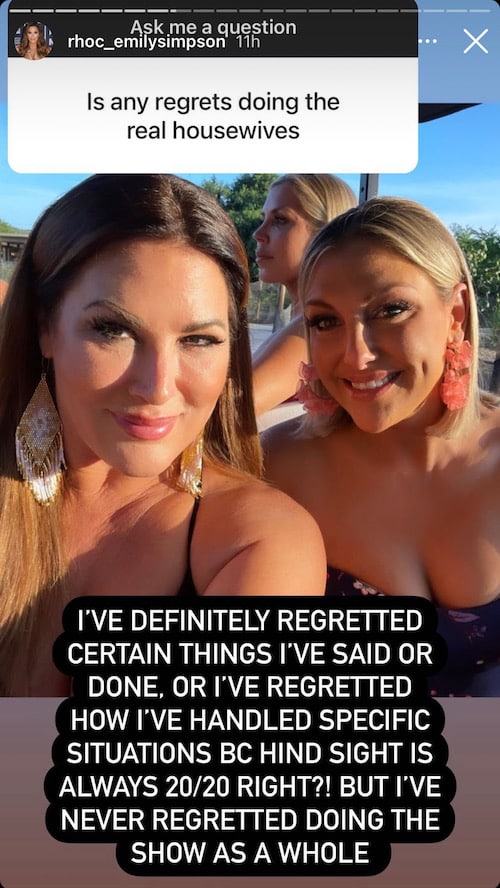 Another fan on Instagram wanted to know if Emily and Shane were planning to add more children to their family, which currently consists of their three children and Shane’s two older children from a previous relationship.

“Are you and Shane going to have anymore kids?” the person wondered.

“I wish!” Emily responded. “We have [nine] embryos left. I’m just too old at this point to go through all of that again. I’d have to use a surrogate, and I don’t think I can take the emotional toll that all of that would entail.”

Emily also said that she will likely “continue to pay the [yearly] storage fee” until the end of time” because she is unable to destroy or donate her embryos. 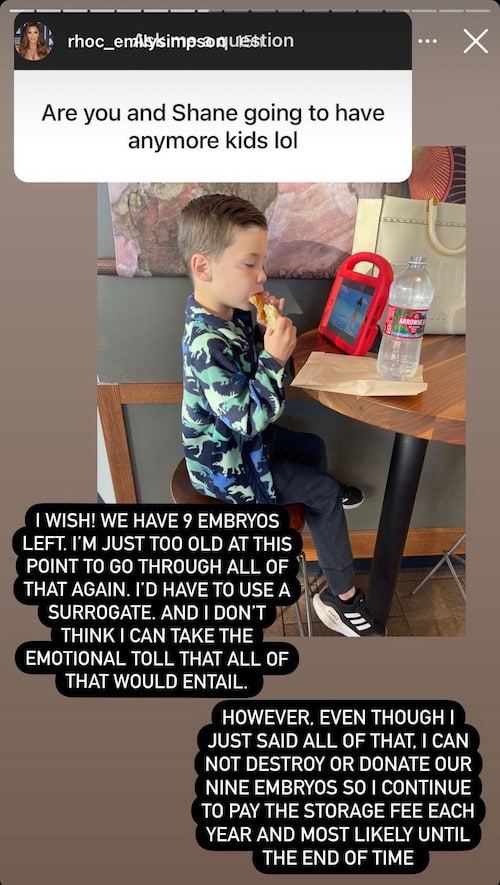