Andy Cohen on Why Tamra May Not Return to RHOC, Slams “Gross” Rumor, and Talks RHONY: Legacy Casting, Plus “Most Surprising” RHUGT Star and Passing Embryos to Kids 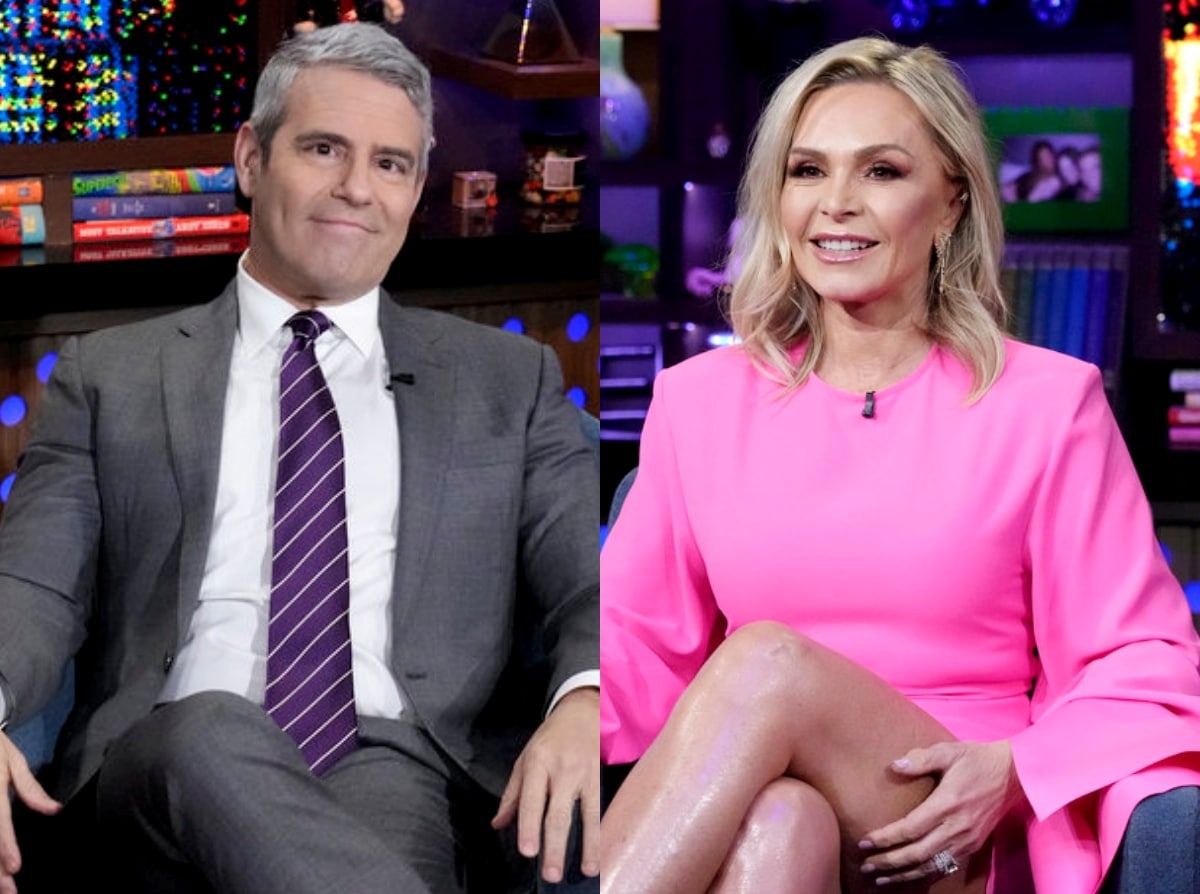 Andy Cohen doesn’t seem to think a return to The Real Housewives of Orange County is in Tamra Judge‘s future.

While appearing on Jeff Lewis‘ podcast earlier this week, the Watch What Happens Live host explained why fans will likely not see Tamra on any future episodes before addressing the casting of the Legacy installment of The Real Housewives of New York City and sharing plans to leave his unused embryos to his two kids, son Ben, 3, and daughter Lucy, 1 month.

Just as Andy’s heard rumors about Tamra, he’s also been faced with rumors about himself, including a “blind item” that suggested he and Jeff do drugs together.

“People like to say that about me. [But] I hate it. It’s gross. It is so gross,” Andy said, seemingly about cocaine. “And I also, by the way, as much as I love pot, I would never and could never go on the air stoned. I would be so bad.”

Following the confirmation of the RHONY split, which will feature an all new cast of ladies for season 14 and a Legacy show featuring former members of the cast, Andy said that while he’d love to see Alex McCord and Simon van Kempen on the series, he knows they are “not going to do it” — just as he knows it’s unlikely that he’ll be able to convince Bethenny Frankel to come aboard.

“I can’t see that happening,” he admitted, adding, “We’re not dealing with the Legacy version until we cast the new RHONY.”

Andy then mentioned another RHONY alum, Dorinda Medley, agreeing that when it came to filming season two of Real Housewives: Ultimate Girls Trip, she did have a bit of an advantage over her castmates.

As for the most surprising RHUGT cast member, Andy said that honor goes to Eva Marcille.

“Someone who I think winds up being one of the most surprising in the whole group is Eva. Eva is so funny and relatable, and you’re gonna love her,” he teased.

When Jeff then questioned Andy about potentially splitting RHONY because he didn’t want to fire the diverse cast members who were brought to the show in recent years, which include the series’ first full-time Black cast member, Eboni K. Williams, Andy denied that was the case.

“We’re coming off a season that did really poorly in the ratings. So clearly, we needed to do something,” he shared.

Also, on Jeff’s show, after confirming he’s “done” having kids because he’s “old,” Andy said he has at least a couple of unused embryos.

“I think I have three left. You know what I’m thinking? This is crazy. But if either of them cannot have kids, maybe in 20 years, they’ll defrost their siblings and raise them as a child. Is that a weird thought?” Andy said.