RHOA’s Marlo Hampton Finally Reveals How She Earns Her Money, Shares Regrets, and Reacts to Kenya’s “Ex-Con” Diss, Plus Where She Stands With Porsha 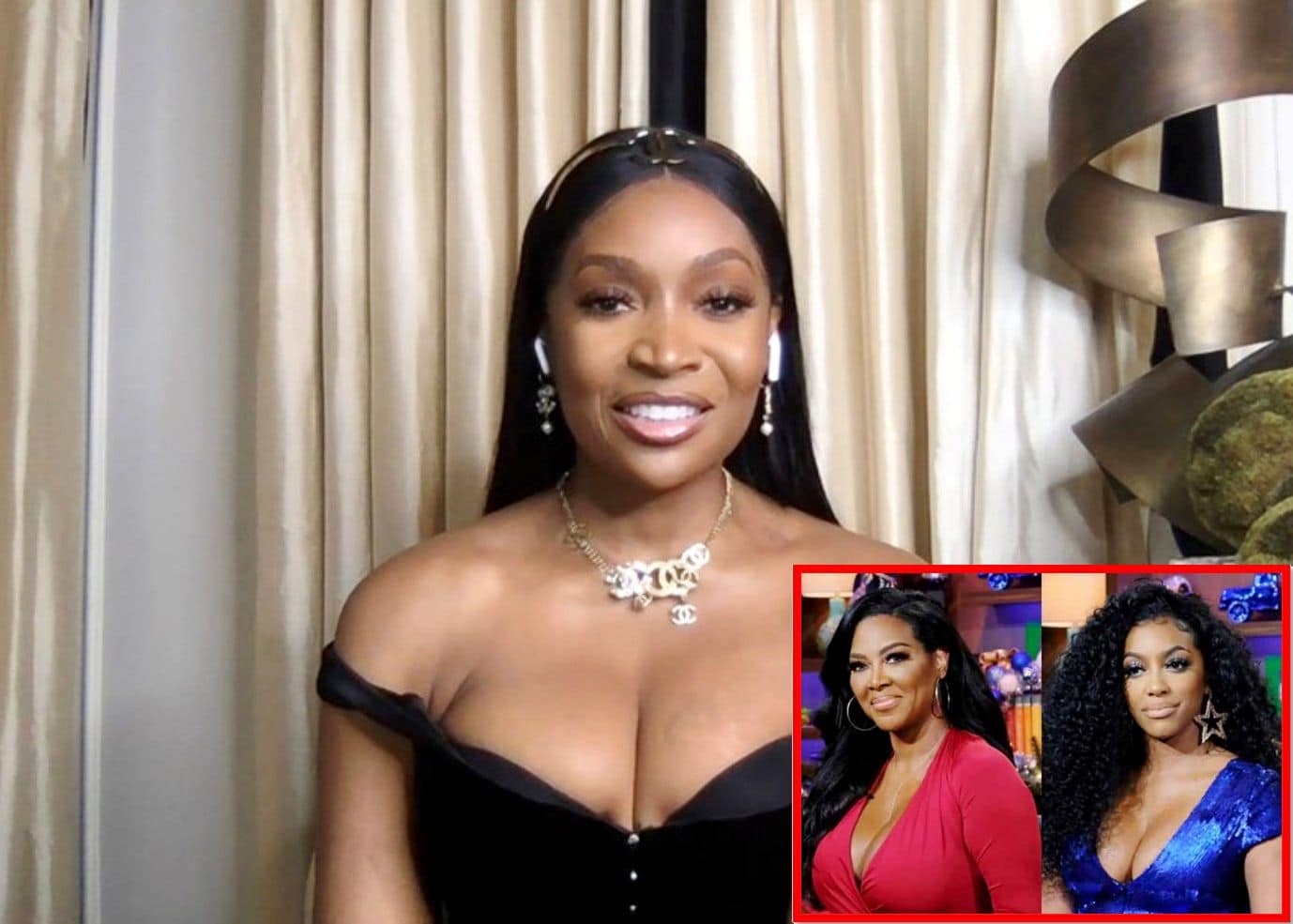 Marlo Hampton appeared on Watch What Happens Live after the latest episode of The Real Housewives of Atlanta, and during her appearance, she finally explained how she makes her money.

Before sharing what she regrets about her time on the show, reacting to Kenya Moore calling her an “ex-con” while praising herself as an “icon,” and revealing where she stands with former co-star Porsha Williams, Marlo dished on her finances, saying that L’Archive has been “bringing in plenty” of dough.

“All that matters [is] I worked hard for it,” Marlo began on the June 12 episode of WWHL.

She then went into further detail, saying she’s “always worked in retail.”

“I owned my own boutique in Atlanta — I had the hottest boutique in Atlanta. Everyone shopped with me. L’Archive is bringing in plenty… You just saw Tami Roman on the MTV Awards. I just styled Tiny’s daughter… I just don’t have to broadcast it,” Marlo explained.

Although Marlo stood by many of her past shades against her co-stars, she did express a couple of regrets during a game in which her “low blows” were discussed.

First, Marlo admitted that calling Porsha a “chicken injected with hormones” amid their dispute in Barcelona was “absolutely” a “low blow.”

“That was mean,” she confessed.

Next, when asked about the time when she told Kenya she understood why her mother didn’t want to mess with her, Marlo again said the comment was “absolutely” a “low blow.”

“That was bad, super bad. I regret that,” she noted.

That said, she and Kenya are not in a good place both on the show and off. And when asked about Kenya’s “ex-con” statement, Marlo went off.

“Darling, it’s more like I’m an iconic ex-[con] and Kenya’s not an icon, not at all. We know that she’s not. I don’t know what she’s done iconic,” Marlo stated.

Then, when host Andy Cohen pointed out that she won Miss USA, Marlo shaded her for not being the first Black woman to do so (the first was Carole Gist).

“She wasn’t the first Miss Black USA. No one remembers number two. They only remember number one,” she suggested.

Marlo also took aim at Kenya after being asked whether Kandi Burruss or Kenya was the “biggest hoe.”

As the episode continued, Andy fired off a series of questions from fans, one of whom wanted to know who could’ve been a “friend” this season — but Marlo didn’t bite.

“I don’t play with anyone’s money,” she said, refusing to answer the question.

Marlo also accused Kenya of being behind the locker room rumor about Kandi.

“I think it was Kenya. I’m gonna tell you, ‘Always keep your enemies close,’” she advised before taking aim at Kenya yet again as she was asked which RHOA castmate would struggle to afford to shop at L’Archive.

Later, during the RHOA: After Show, Marlo responded to a caller who wanted to know where she stands with Porsha, who exited the show in September 2021 after nine seasons.

“You know what? I haven’t spoken or seen Porsha. So we’re fine,” she cheekily explained.