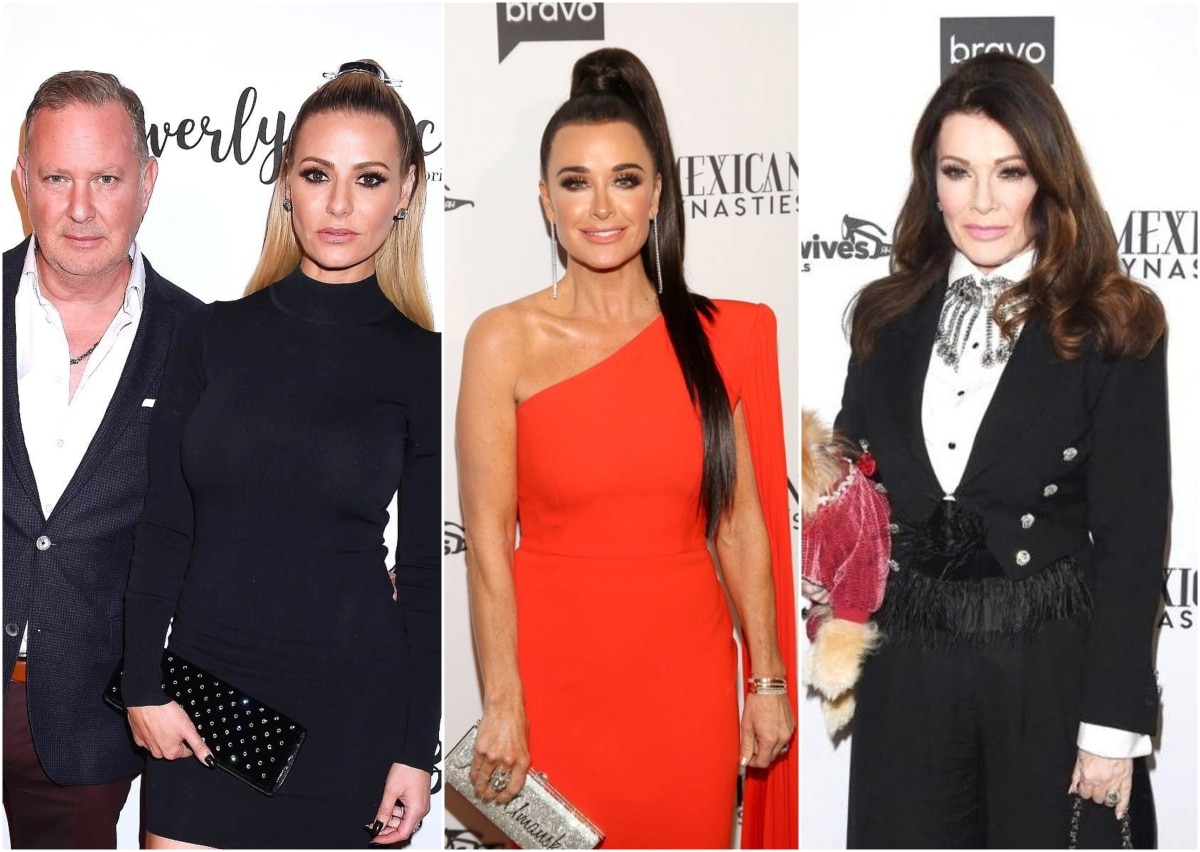 Lisa Vanderpump is fighting back after Dorit Kemsley accused her of ignoring her and Paul “PK” Kemsley at a party months after she was robbed at gunpoint in her $7.9 million Encino home. Plus, PK is clapping back at Lisa’s response.

Following Dorit’s appearance on Watch What Happens Live, where she made the claims and suggested she didn’t think Lisa truly reached out via text, the Real Housewives of Beverly Hills alum took to her Twitter page where she set the record straight, confirming the event in question actually took place months prior to Dorit’s home being invaded.

“Misrepresentation of the facts, we crossed paths … [Robert Earls] 70th birthday party at Mr Chows…six months BEFORE her robbery … I was sitting between the birthday boy and Mr Chow … She was in the other room. And no I didn’t speak with her,” Lisa wrote, along with a laughing while crying emoji.

Lisa also wrote, “Oh dear I think she’s confused again,” as she shared a photo from the birthday party. 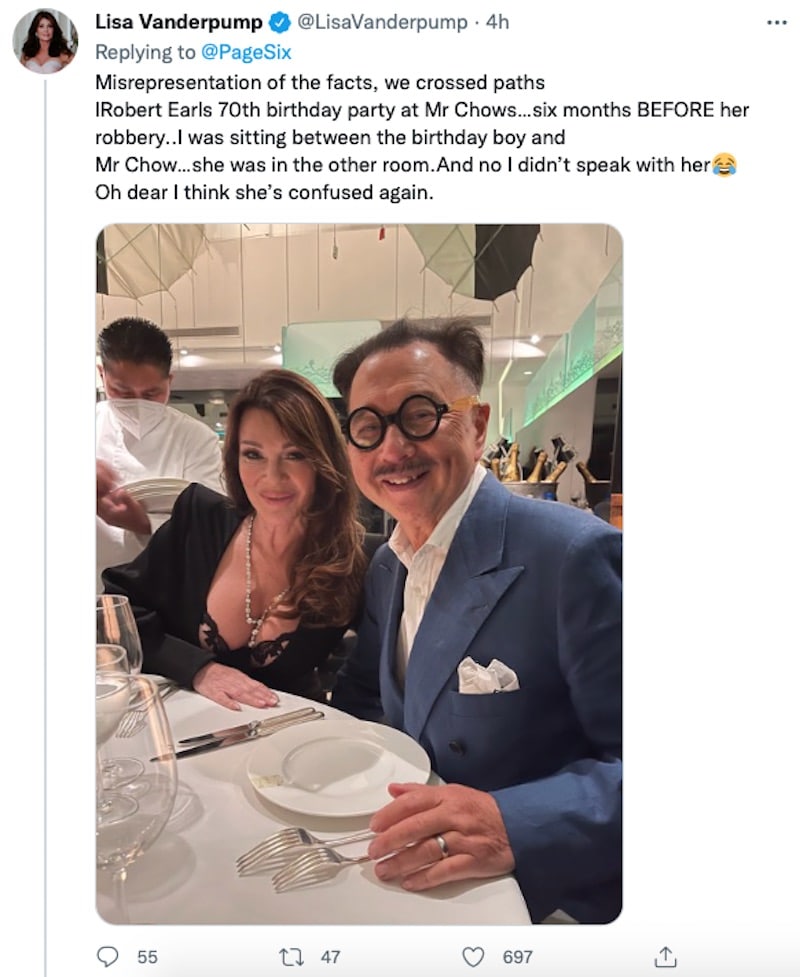 Then, along with a second photo, which also included Lisa’s husband, Ken Todd, Lisa revealed the event had taken place in March of last year, seven months before Dorit’s robbery.

“My dear friend Robert Earl…was 70 March 2021 … Stick that in your pipe and smoke it,” Lisa added, along with another laughing while crying emoji. 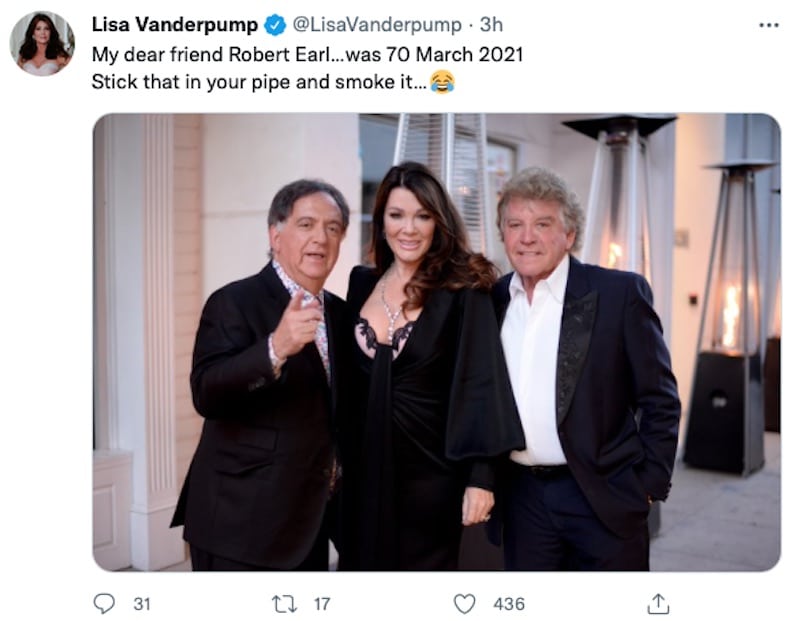 During Dorit’s appearance on WWHL on Wednesday night, the RHOBH cast member said “you never really know what to believe” when it comes to her former friend.

“Three months, four months after the incident, we saw her. We were at a mutual friend’s 70th birthday party. She never came up to PK and I. If you had sent a text message and you really cared, approach one of us and say, ‘How you doing? I sent you a text and didn’t hear back.’ Nothing. In fact, afterwards, she tweeted some very vicious comment about me, how she didn’t recognize me, and so I just find it a little hard to believe that she did indeed reach out when she said she did,” Dorit had shared.

Earlier today, PK took to his Instagram page to fire back at Lisa’s response.

“FACT CHECK …. We saw LVP at my best friends bday party. She wasn’t on the bday boys table , he was with his family and we were not in the “other room “ no one was in the other room , we were on a younger table … it was a fun night … whose confused ? @pagesix @doritkemsley #rhobh,” PK wrote on June 24.

Kyle Richards, who remains estranged from former friend Lisa, also chimed in as she commented under PK’s post: “That’s what I was thinking. Robert Earl’s birthday is in May 🤷🏻‍♀️.” 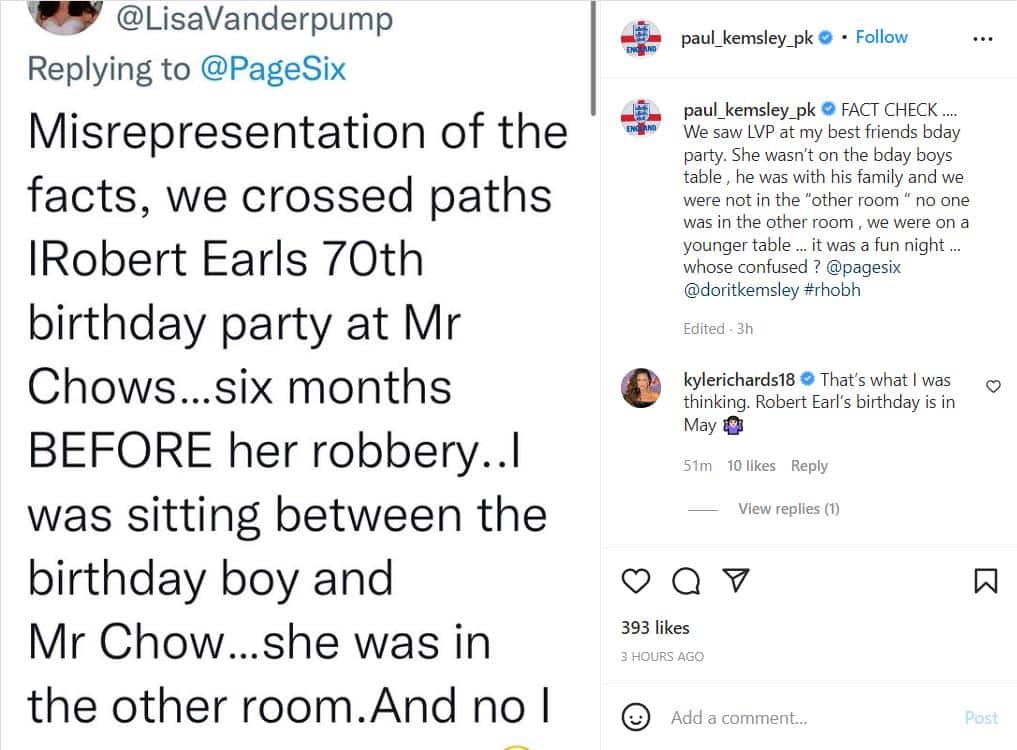 Dorit also said of the text Lisa claimed to have sent to PK, “If we had received the message, we would’ve responded.”