Home Real Housewives of Atlanta News ‘RHOA’ Kenya Moore Shares Real Reason She Was Upset by Vibrating Panties as Kandi Burruss Accuses Her of Double Standards, Plus Drew and Sheree Weigh in

‘RHOA’ Kenya Moore Shares Real Reason She Was Upset by Vibrating Panties as Kandi Burruss Accuses Her of Double Standards, Plus Drew and Sheree Weigh in 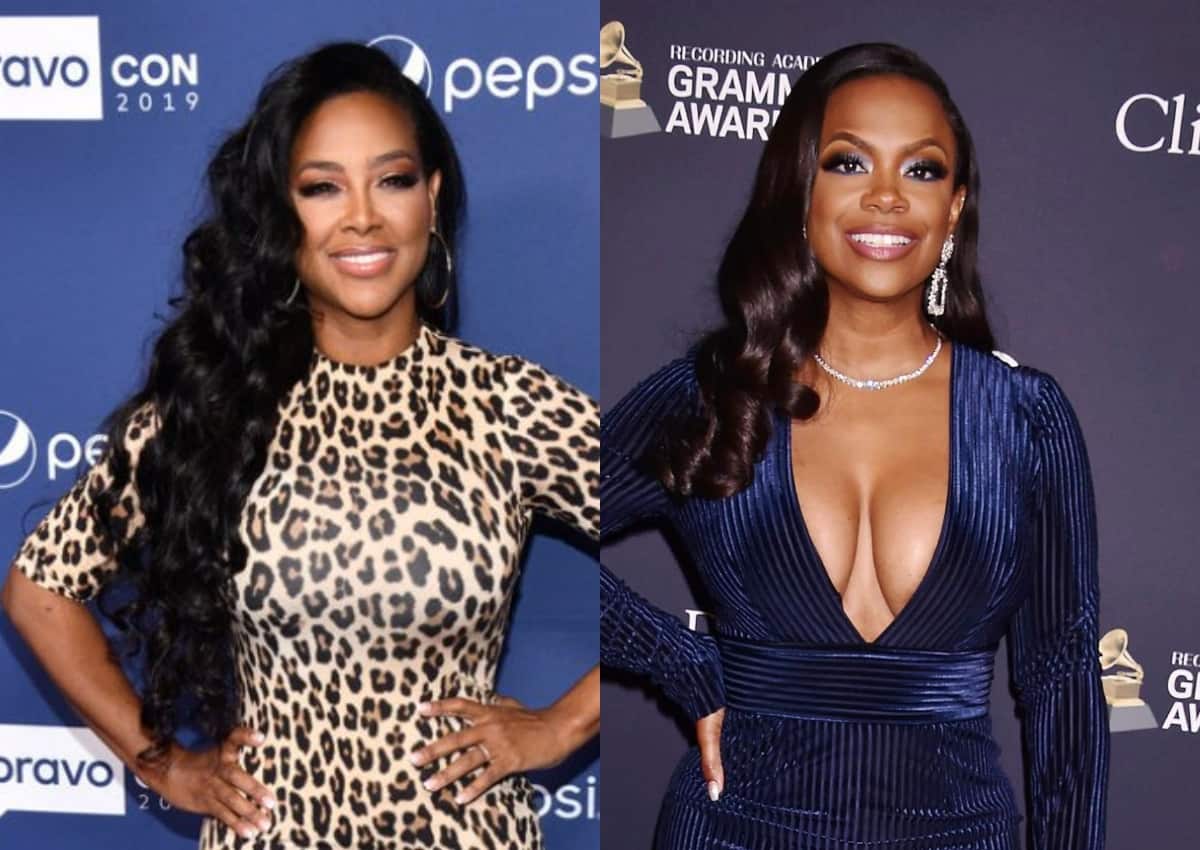 Kenya Moore explains why she was so upset by the vibrating panties Kandi Burruss encouraged her and her co-stars to wear on the latest episode of The Real Housewives of Atlanta.

After throwing a fit at the idea that someone else’s husband would have a remote control linked to her undergarments, Kenya shared how past rumors about her and Phaedra Parks‘ husband, Apollo Nida, who later apologized for his lies about her supposed advances, triggered the reaction fans saw on Sunday night and noted that Kandi should’ve been a better friend.

“You are still putting me in the situation around married men to set me up… for failure basically — to look bad. And you should know better because you lived through what I had been put through, and now that we’re friends, you should be more sensitive to the situations you’re putting me through,” Kenya said of Kandi on the June 27 episode of the RHOA: After Show.

And while Kandi said she understands why Kenya is sensitive about topics involving husbands, and acknowledged the way in which “her name [has been] dragged” in the past by “people accusing her of trying to get with people’s husbands,” she didn’t appreciate how “extra” Kenya was being.

“I’m not gonna take offense. But friend, I’m gonna need you to stop trying to be all extra when I just was trying to have fun,” she said of Kenya. “I looked at it as a fun game to play on the trip.”

And Drew Sidora agreed, saying that she loved that the panty game allowed her to connect with her husband, Ralph Pittman, Jr., and suggesting the intention of the panties “was flipped.”

“I felt like it was very on time for us in our current situation. We needed those so we had a lot of fun,” Drew explained.

Looking back, Kandi said it was funny how the single women of the show took more offense to the panties than the married ones.

“It was the single ladies who got all so all their panties in a bunch,“ she noted.

“There is an issue there that you should consider. Your single friends around married men and having vibrating panties or remote controls that can vibrate your friends that are single. Come on. You gotta think it out,” Kenya advised. “She put me in a very uncomfortable situation, and I just feel like she should own that, and she kept defending it, and it wasn’t really the right move. As a friend, it was not the right thing to do.”

“We as friends will not always 100 percent agree on anything, and it’s okay to disagree, but what you should not ever do is invalidate the way you make me feel,” Kenya added.

Although Kenya felt that Kandi was inconsiderate of how she may be impacted by the panty game, Kandi expressed confusion and signaled to double-standards from her castmate.

“These ladies, they pick and choose when they want to be wild,” she pointed out. “If I wanna have fun or I wanna be wild, they’re [like], ‘Oh there she goes again.’ But if they want to do something wild, then it’s okay.”

“Yeah, because we saw Chocolate. We all met Chololate. I was like, ‘Can we just have Chocolate, Kenya?’ She had no problem being free. Where did she go?” Drew wondered.

Kandi then noted that Kenya had previously made racy statements in front of the husbands of the show.

“At the engagement party, Kenya told everybody at that table that she would love to have sex with me or whatever, whatever. Our husbands were all there, everybody was there. So that was appropriate, but all the sudden it’s inappropriate to do whatever because everybody’s husbands are here?” she asked. “So I’m just like, ‘Oh you wanna pick and choose when it’s okay to say something or do something around somebody’s husband.'”

Sheree Whitfield also appeared on the RHOA: After Show, where she expressed disappointment not with Kandi’s game, but with her panties.

“Mine didn’t work. I felt no buzz. Nothing,” she complained.