Home Real Housewives of Atlanta News Phaedra Parks On Mr. Chocolate’s Identity, Ex Apollo’s Relationship With Sheree, and Which RHOA Alums She Speaks to, Plus Reacts to Marlo’s Full-Time Role

Phaedra Parks On Mr. Chocolate’s Identity, Ex Apollo’s Relationship With Sheree, and Which RHOA Alums She Speaks to, Plus Reacts to Marlo’s Full-Time Role 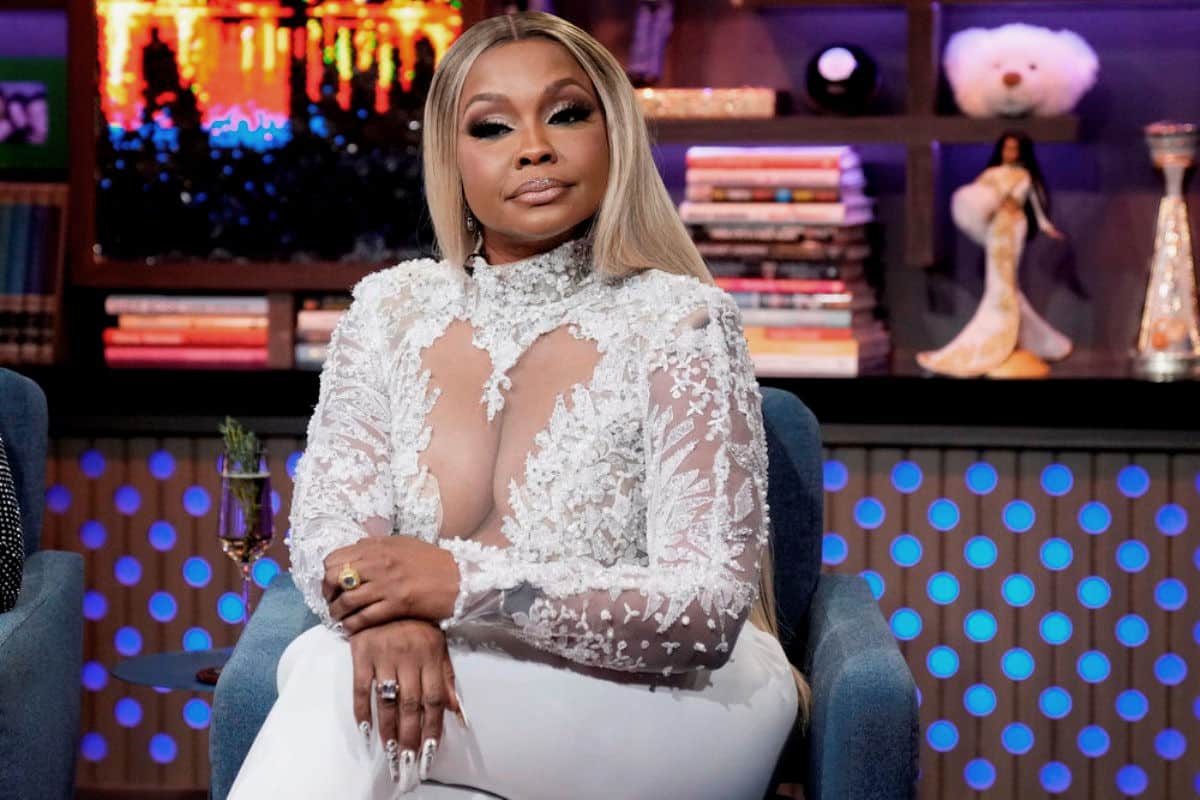 Phaedra Parks appeared on an episode of Watch What Happens Live last week, where she opened up about the rumors claiming she dated a mystery man, known as Mr. Chocolate, while married to ex-husband Apollo Nida.

In addition to revealing which of her former Real Housewives of Atlanta co-stars she’s still in touch with and addressing Sheree Whitfield‘s friendship with Apollo, Phaedra, who is currently starring on the second season of Real Housewives: Ultimate Girls Trip, spoke of the true identity of her supposed “other man.”

On the June 30 episode of WWHL, after a fan questioned her about whether Gizelle Bryant‘s ex-husband, Jamal Bryant, was Mr. Chocolate, Phaedra confirmed, “Heck no.”

She then revealed, “There was no Mr. Chocolate. I like Chocolate but I’m more of a Caramel Latte type of girl.”

As for which RHOA alums she speaks to, Phaedra confirmed she and Porsha Williams still communicate.

“Yeah, actually. She’s getting married… We don’t talk a lot, lot but we definitely keep in touch [and I] saw [Shamea Morton] a couple days ago,” Phaedra revealed.

During the show, a virtual audience member wanted to know how Phaedra’s relationship with Apollo is and questioned the former reality star about what she thought of him hanging out with Sheree.

“Apollo and I obviously have these wonderful two young men and so we get along very well. I just spoke to him 10, 15 minutes ago,” she shared. “We have a good relationship. We co-parent very well. The him hanging out with Sheree, honey, if it makes him some money he can buy these children some shoes and some Chick-fil-A.”

Regarding Marlo getting a peach, Phaedra said, “I’m so happy for Marlo,” and she revealed she was the one who gave Marlo’s name to producers.

“I was the person that said, ‘We should look at Marlo Hampton.’ Because she was so fashion-forward and having all these elaborate parties. I’m excited and it looks like she’s carrying the show, child,” Phaedra proclaimed.

Also on the show, Phaedra reflected on her RHOA experience, admitting that she has no regrets.

“It was a great experience. I think only people like Ex-Wives and people that have done reality can understand the intensity of it. But I don’t have any regrets,” she confirmed.