Home Real Housewives of New York City News Is This the Official RHONY Legacy Cast? See Who is Rumored to Be Joining as Insider Speaks Amid Tinsley Mortimer’s RHUGT Exit

Is This the Official RHONY Legacy Cast? See Who is Rumored to Be Joining as Insider Speaks Amid Tinsley Mortimer’s RHUGT Exit 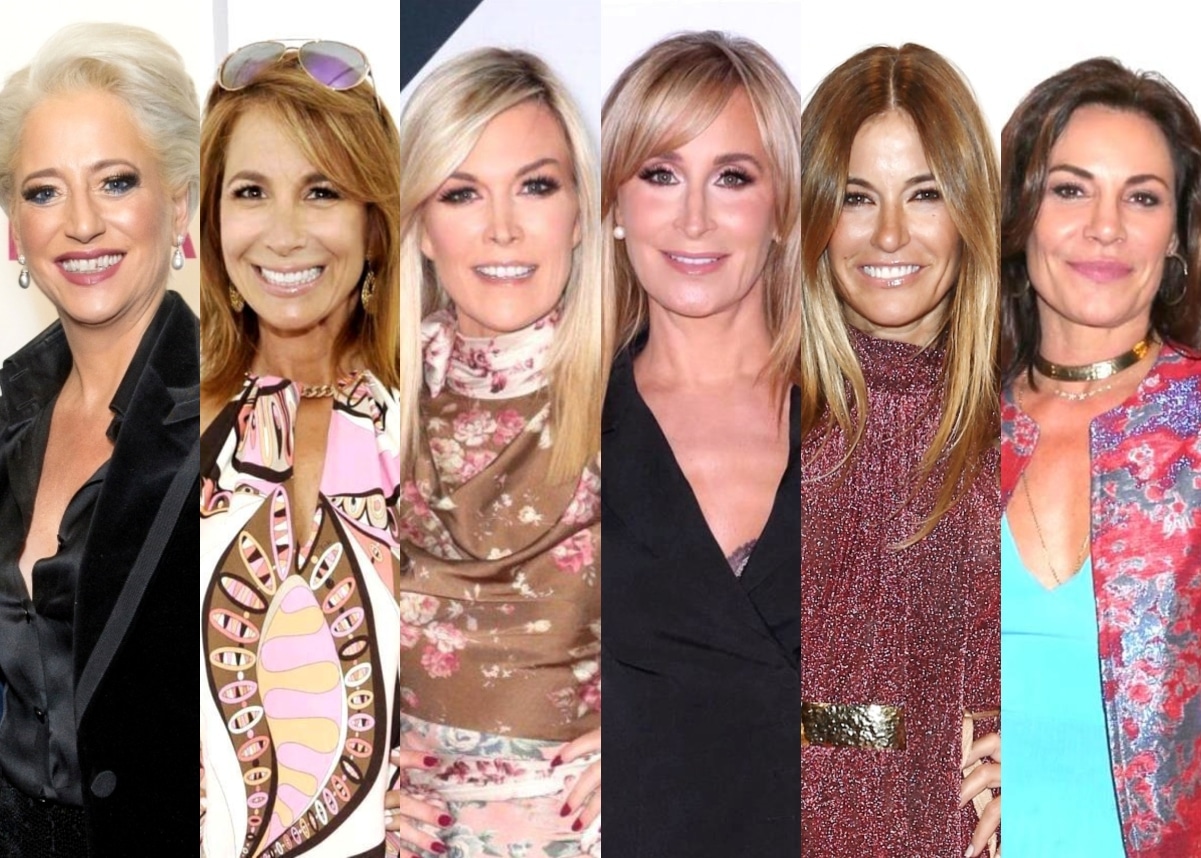 Has the RHONY: Legacy cast been confirmed?

On Instagram earlier this week, a photo of the women rumored to be joining the Real Housewives of New York City spinoff was shared. And shortly thereafter, as Tinsley Mortimer‘s sudden exit from the Real Housewives: Ultimate Girls Trip season three cast was pulled into question, an insider spoke out about the status of Legacy contracts.

“[Rumored RHONY: Legacy] Cast… What do you think!?” Dorinda Deadly announced on Instagram on July 14, noting that there were “a lot of unexplored dynamics.” 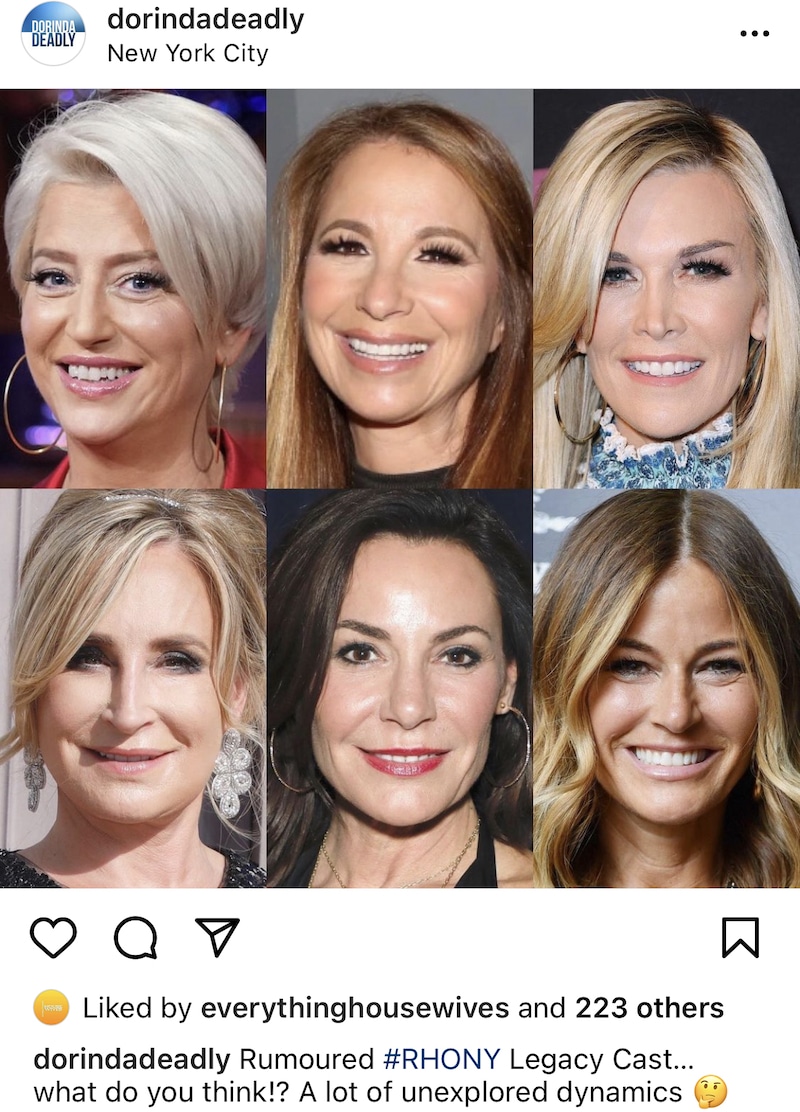 Around the same time that Dorinda Deadly‘s post was shared, another report noted that Tinsley backed out of filming on RHUGT season three to join the RHONY: Legacy cast.

“Tinsley’s exit from [RHUGT] is not because of ‘personal reasons,'” read a report shared by Deux Moi on Instagram. “She’ll be doing [RHONY: Legacy] alongside Sonja, Dorinda, Kelly, Luann, and Jill.”

The outlet also noted that there would be no Ramona Singer and no Bethenny Frankel. 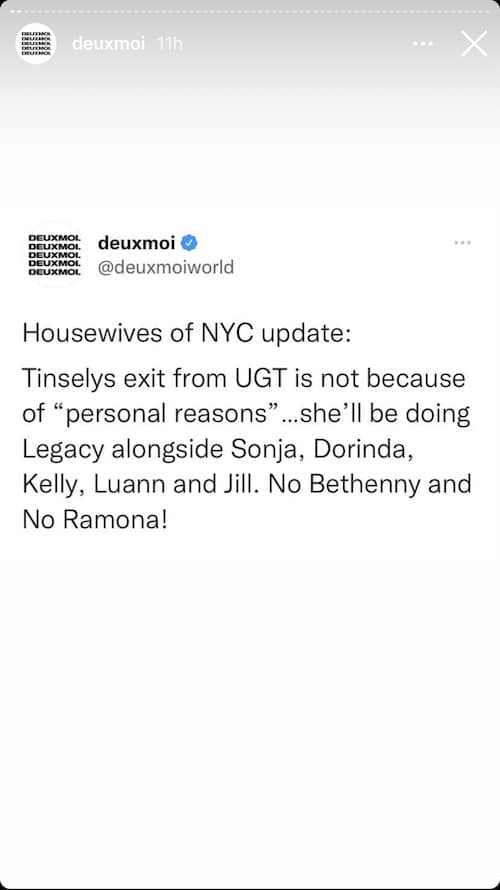 “LOL not a single [RHONY: Legacy] contract has been signed and no official offers from the network even made — but sure, go and publish your [dream casts]!” Dave wrote on Twitter.

“And yes,” he continued, “some women have been talking to producers, duh! But ask any Housewife who has been fired and they’ll tell you about all the conversations they had with producers telling them they were coming back before they got the axe. It’s all up in the air until it’s not.”

When Andy Cohen announced the new RHONY series back in March, he confirmed fan favorites from the show would be included but didn’t say who he was considering.

“Our loyal fans have spoken as to what they want to see and what they don’t want to see — and we’ve taken that all into account,” Andy said of the OG series. “And this is a series where you’re going to expect to see fan-favorites from the show’s great history. It’s organic, you know? They were in each other’s lives, and they are in each other’s lives. We’re looking at people who are beloved by fans.”

The Real Housewives of New York City is expected to return to Bravo for season 14 sometime in 2023.