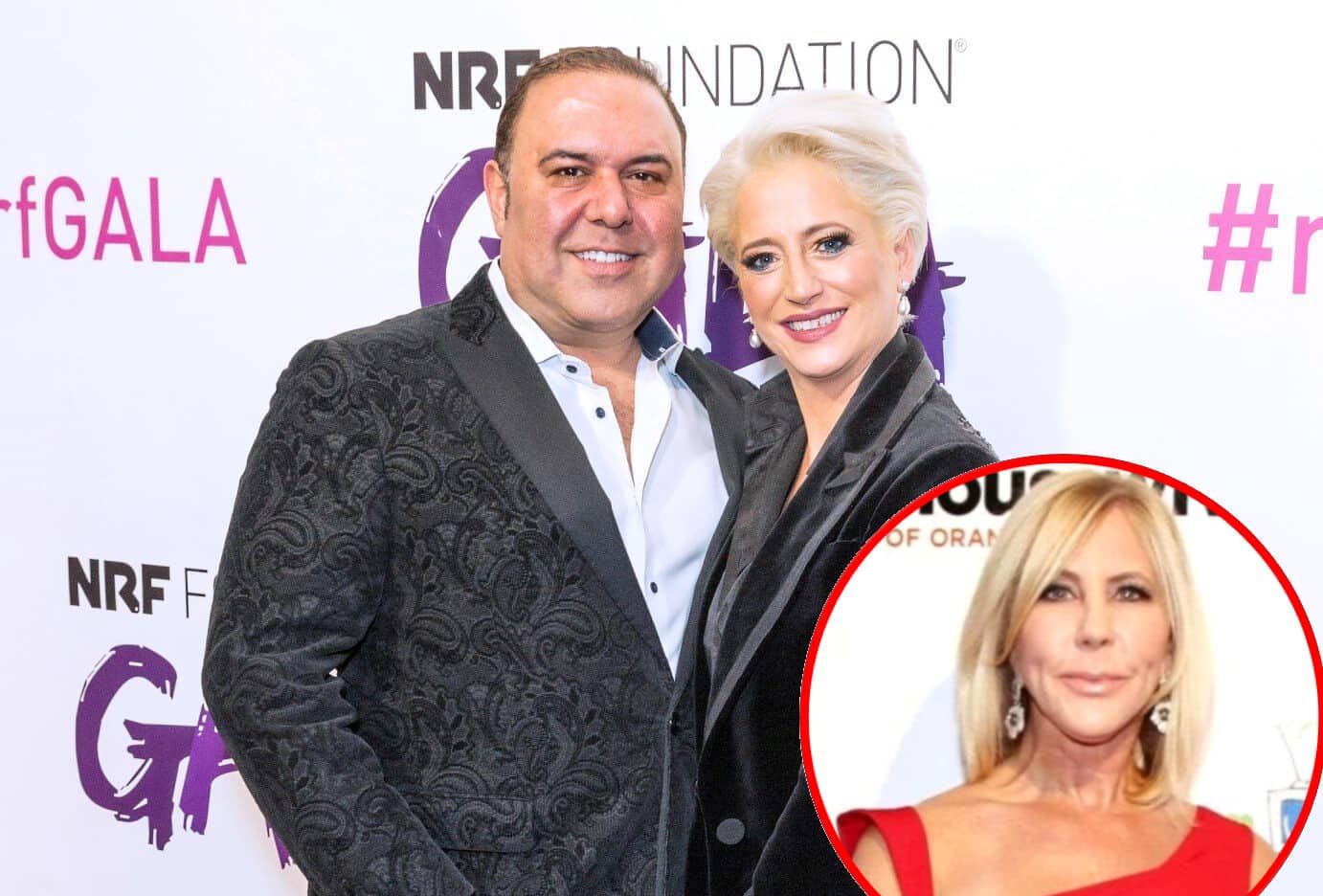 Earlier this month, after joining Jeff Lewis on the set of his SiriusXM Radio show, the Real Housewives of New York City alum was confronted by the former Flipping Out cast member about an odd comment she made about the production going at her home.

“I can’t talk much about it because we’re filming it,” Jeff claimed Dorinda had told him on Jeff Lewis Live after he asked her about her $2.5 million apartment.

While Dorinda certainly teased listeners for a moment about what she was filming at her home, she ultimately explained that she’s preparing to potentially be cast on the upcoming Legacy series of RHONY, which will follow fan favorites of the show as the original series is completely recast for season 14.

“I am always potentially coming back. The number one question I get in every interview is, ‘Are you coming back to the Housewives?’ I’m like, ‘Listen, I never wanted to leave. That wasn’t my choice,’” Dorinda explained.

Although Dorinda confirmed that she has not yet been asked to appear on the new show, which is expected to air on either Bravo or Peacock, she said that because she wants to be prepared, she’s started documenting the current happenings of her life.

“They love all that horizontal filming. So if they happen to ask me, I wanna be able to have documented it so I can go to people… And say, ‘Look, this is my move up.’ So I’m doing my homework just in case,” she revealed. “Now do I hope I’m on Legacy? Do I think potentially I’m in the mix? Yes.”

Because Dorinda believes fans will want to see her move from her longtime apartment, she’s done her best to capture that on her handheld camera. Still, she insisted that “no one’s been asked yet” despite claims made by Bethenny Frankel.

“No one’s been asked. We’re waiting with bated breath,” she stated.

When Dorinda then addressed her love life, saying she “can’t get a date,” Jeff wondered if she’d be open to dating a woman.

“It’s not about the plumbing, It’s about electricity. I believe in love. I just want someone that I can settle down with. I’m tired,” Dorinda replied.

As she hopes to find love and eventually remarry, the RHONY alum has remained friendly with ex-boyfriend John Mahdessian.

“We still talk. We’re still friends. I did see him during COVID. But you know, we just moved to a different place. He’s a great guy. People didn’t get the relationship with me and John but you know what? We met at a time when I really needed to have fun, have a great friend and John is fun,” she explained, noting that people had a hard time accepting John for her because he was “such a departure” from her late husband, Richard Medley.

Also on Jeff Lewis Live, Dorinda took aim at Real Housewives of Orange County alum Vicki Gunvalson, who she’s been feuding with on social media in recent days due to Vicki’s disrespect of her Berkshires home, Bluestone Manor, where they filmed Real Housewives: Ultimate Girls Trip.

“This is a girl that thinks dancing on dirty tables at a bar in Puerto Valetta is fun so you can’t really have people that don’t have taste understand taste,” Dorinda explained. “You have to have a taste level to understand Bluestone Manor and you have to have understanding of a lifestyle. This is a place that is filled with beautiful colors and pieces and history and legacy and quite frankly loved as almost an extra character on the Housewives.”

According to Dorinda, she believes Vicki should have shown better manners as a guest of her home.

“I’ve seen her house. I don’t really do pre-fabs but I would never say anything bad about her house. It’s not my taste but when you come as a guest to someone’s house, you be gracious. And also too, jealousy is a terrible thing,” she continued. “I have a beautiful house. I just bought another beautiful apartment in New York. I have a beautiful life filled with all kinds of fabulous people and things and sometimes people don’t like when people are prospering so much.”

“There’s a lot of unhappiness behind that,” Dorinda added.