Home Vanderpump Rules Lisa Vanderpump on Where She Stands With Jax and Brittany, Their Feud With Stassi, and If She’d Return to RHOBH, Plus Talks Tom and Katie Split

Lisa Vanderpump on Where She Stands With Jax and Brittany, Their Feud With Stassi, and If She’d Return to RHOBH, Plus Talks Tom and Katie Split 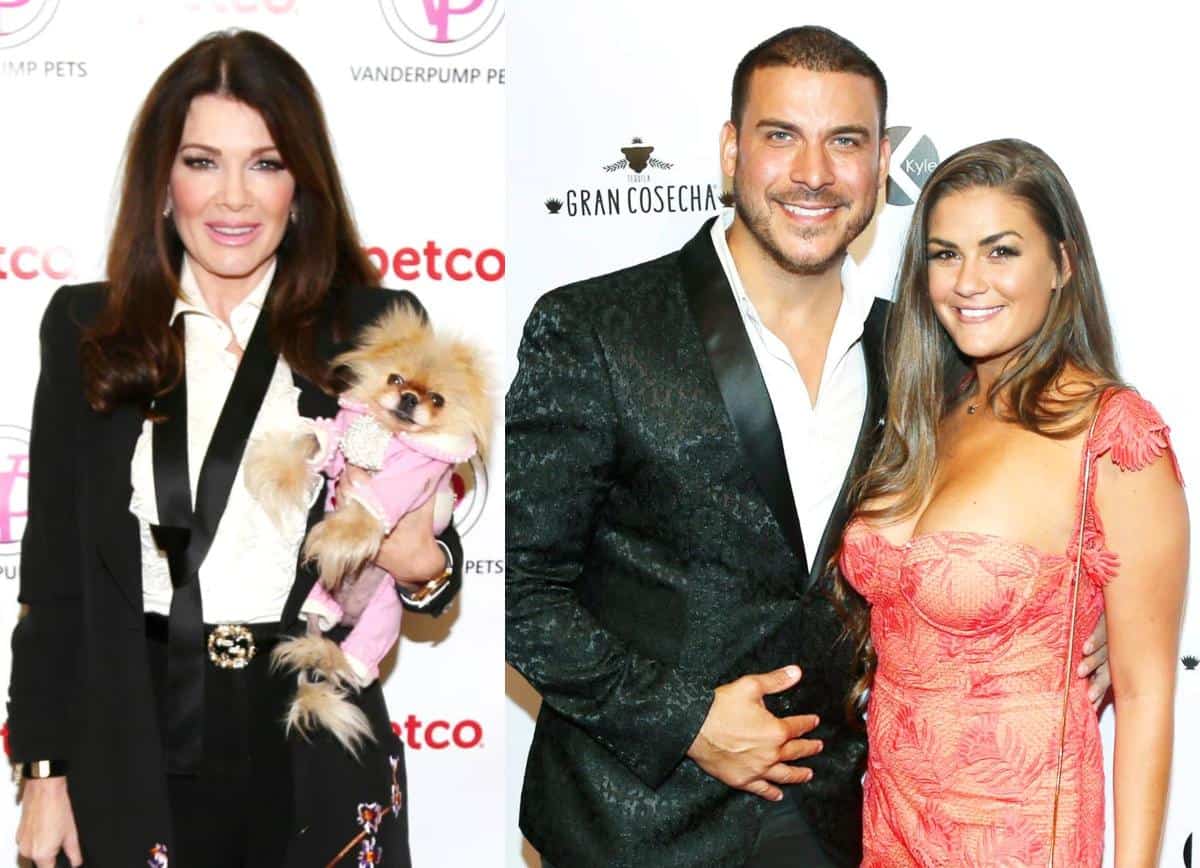 Before addressing their messy feud with Stassi Schroeder and sharing her thoughts on returning to The Real Housewives of Beverly Hills, Lisa reacted to claims Brittany made on a podcast, which suggested her husband was “a little bit” upset about their lack of communication.

“I reached out to them,” Lisa confirmed to Us Weekly on July 19. “I’m sure they do [want to stay in touch], but I sent them a beautiful baby gift. [It was] hand-embroidered with the baby’s name on it [following Cruz’s birth in April 2021].”

Back in May, Brittany called Lisa out for saying that she missed them but failed to contact them.

“She said she missed us and stuff, but we don’t hear from her as much as I thought we would, which is kinda sad,” Brittany shared on the Behind the Velvet Rope with David Yontef podcast. “But I still love her to pieces.”

In response, Lisa said that due to the hundreds, and “sometimes thousands,” of employees she has, it is impossible to maintain a “close relationship” with all of them. Still, she’s done her best with the Pump Rules cast.

“That’s why when they had the baby, even though they were no longer working for me, I reached out with all personalized gifts and everything, because I love them. I do,” she stated, noting that she was “sad” when certain cast members of the show were let go, including Stassi and Kristen Doute.

“That’s what happens. It doesn’t go on forever,” she shared.

As for Jax and Brittany’s feud with Stassi, who seemingly accused them of pulling out of her and Beau Clark‘s wedding in Italy on the day they left Los Angeles, Lisa said she suspected Stassi may not “believe their excuse,” which consisted of a late passport among other things.

“Jax Taylor has always been the most honest person,” Lisa said sarcastically. “Listen, I’m sure Stassi is coming from a place of hurt, not a place of anger. I think she’s probably hurt because she was with Jax for a long time. They started this journey together and she probably wanted them there.”

Lisa then said that Stassi’s hurt was likely further fueled by the fact that she kept Jax and Brittany on her guest list after having to cut back and disinvite many others.

“Obviously the fact that she wanted them and they were still invited, it means they’re very special in her life. She probably was very upset about it,” she noted.

During a separate interview with Extra at the event, Lisa said that when it comes to returning to RHOBH, she has “no plans to” at the moment.

“Andy said the door is always open. It’s not something I want to be involved in right now, especially with what is going on over there right now. Hard pass,” she stated. “You never say never, but never right now.”

“I wrote their wedding vows. Of course, it’s hard. I’m probably more emotionally invested than I should be, but then I think we all are. That’s why it’s a good show,” she noted.