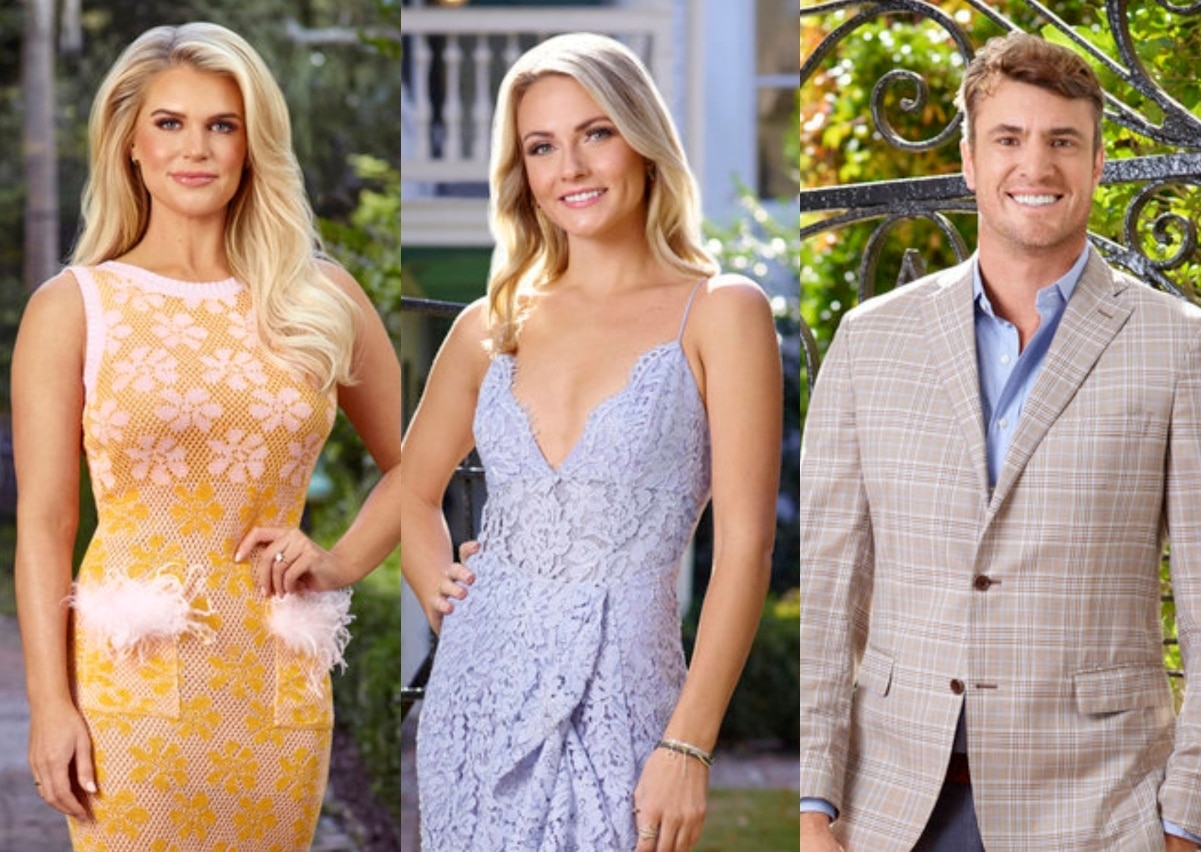 Madison LeCroy and Venita Aspen are weighing in on their Southern Charm co-stars’ relationships.

As Madison puts the finishing touches on her November wedding to fiancé Brett Randle, the ladies discussed Taylor Ann Green and Shep Rose and Paige DeSorbo, and Craig Conover as Madison admitted that when it comes to Taylor, she feels her castmate got “rule No. 1 wrong.”

“Always get a man that loves you more,” she explained to Page Six on July 14. “Can she not see straight through this bullsh-t? Because I do.”

“[Shep] is just like, ‘Whatever,’” Venita agreed, noting that Taylor is “head over heels” and ready to do “anything for Shep at any beck and call.”

But they feel differently about Craig and Paige, with Madison saying Paige’s reality experiences have likely increased her bond with Craig and describing her co-star as a “very loyal guy.”

“I think that it works very well because it’s hard when you’re dating someone that doesn’t understand what you’re going through,” Madison noted. “I think they can piggyback off of each other with that, and I think they do well.”

“They just work really well together,” Venita added. “Your parents always say, like, ‘Find somebody that complements you,’ and, like, the way they just complement each other — you can’t ask for anything better than that, you know?”

While Venita is currently single, Madison is getting ready to wed and feeling all the feels about her beau.

“I’m finally with someone who loves me in the way that I need. He’s the most incredible man. He’s there for me, no matter what. I turn to him for advice, and he knows how to be a man,” Madison gushed during a July 14 interview with PEOPLE.

Not only does Brett get along great with Madison’s 9-year-old son, Hudson, he’s also on good terms with Hudson’s father.

“I don’t think my ex likes the fact that they look kind of similar, but they have a great relationship,'” Madison laughed. “To have that support shows you everything you need to know.”

“He just makes me want to be a better person,” she continued. “I just have the most respect for him. I can’t say I’ve ever been in a relationship where that’s the case before. It’s refreshing to be with someone like that. And refreshing to feel like I’m not so mean and toxic on the show.”

Although Madison’s mean girl behavior may be in the past, that’s not to say that she won’t stand up for herself when need be.

“I take no sh-t, but I’m not going to [be] mean to anyone for no reason… I react to how everyone else reacts to me.”

As she looks forward to her wedding, Madison said she hasn’t been a bridezilla — at least not yet.

“I’ve had my fair share of trauma being in the industry [as a hairdresser] so try to be really appreciative,” she stated.

Though Madison didn’t say where she was planning to get married, she confirmed it would be a destination event and described the concept as “adventurous” with “white sand.”

“The dress was the hardest part,” she added. “I went everywhere, cause I wanted something local, but I ended up finding a dress in New York City. So at least that’s done!”

As Southern Charm fans have likely heard, Brett did not film for the currently airing season. But, according to Madison, he “has been opening up slowly to the idea of everything” and may be featured “next season.”