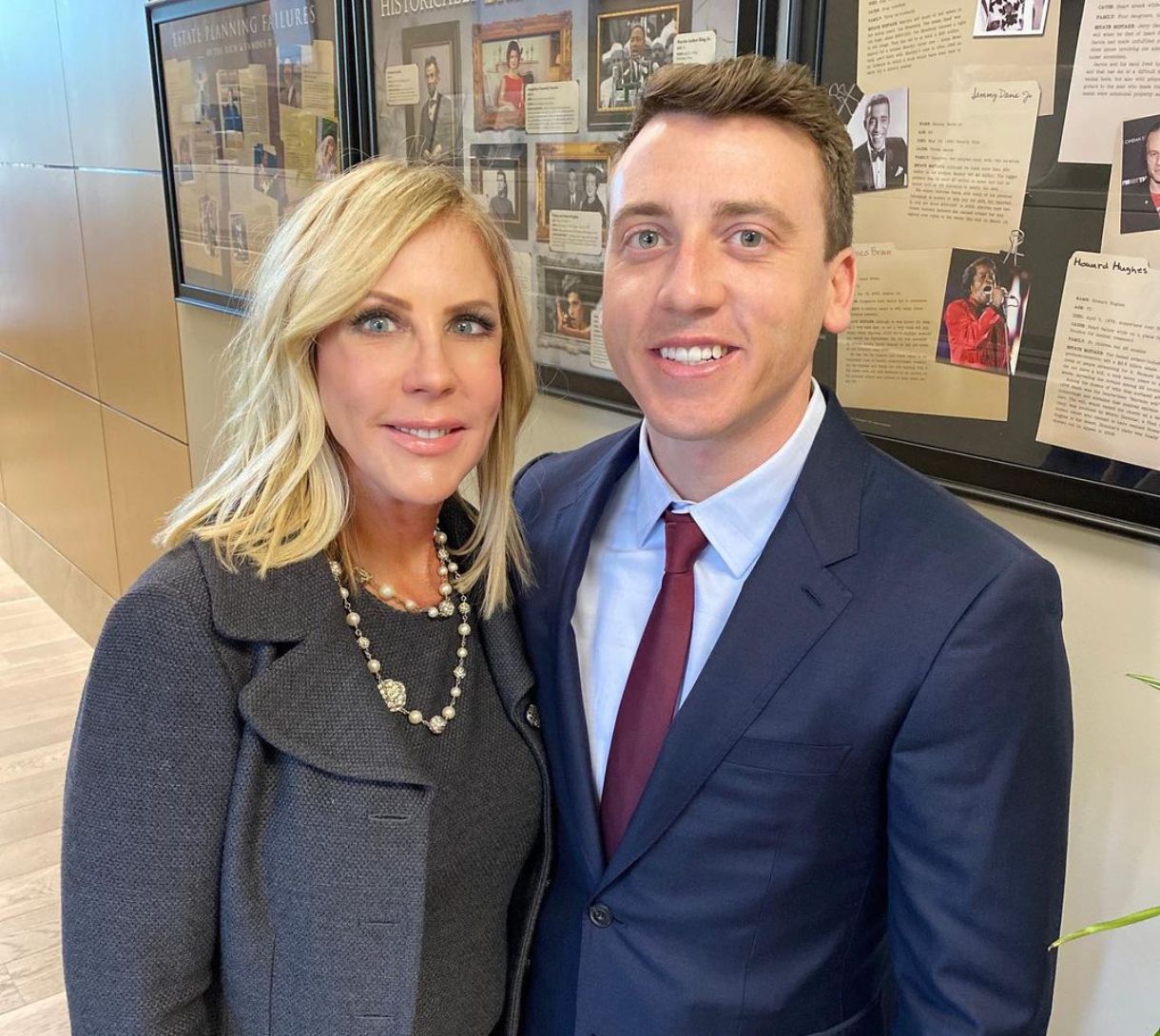 Michael Wolfsmith shared an update on his relationship with his biological father while hosting a Q&A session on his Instagram Story on Wednesday night.

In addition to sharing what prompted a recent reconnection with his father, who shares the same name, the son of former Real Housewives of Orange County cast member Vicki Gunvalson ranked his mother’s most recent love interests, gave his thoughts on her current boyfriend, and weighed in on Vicki’s controversial stance on vaccines.

“Do you have a relationship with your biological father?” a fan asked Michael during his July 13 Q&A.

“No but we recently reconnected on social media after I had some encouragement from my friends while we were drunk,” he replied. 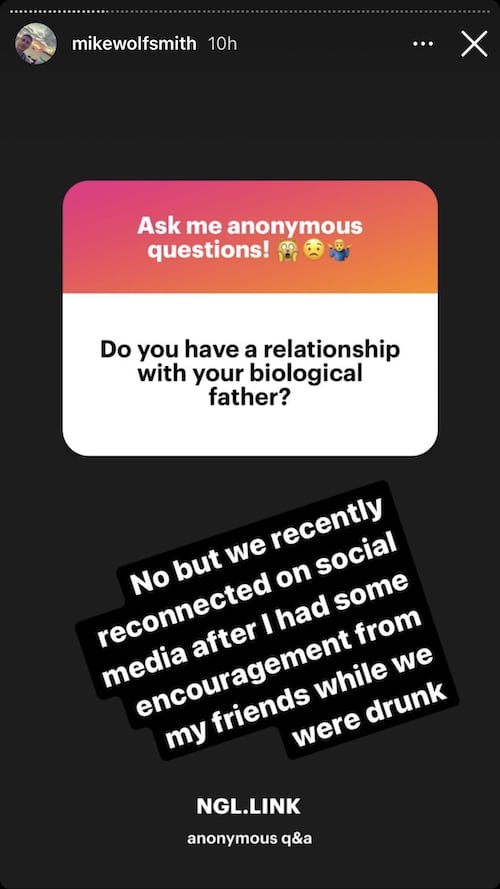 Then, when asked to rank Vicki’s past partners from “favorite to least,” Michael confirmed the RHOC alum’s former spouse, Donn Gunvalson, was his favorite, while Brooks Ayers, who infamously faked a cancer diagnosis amid season 10, came in second, and Steve Lodge, who left Vicki for a younger woman, who he later married, in 2021, was ranked as his “least” favorite. 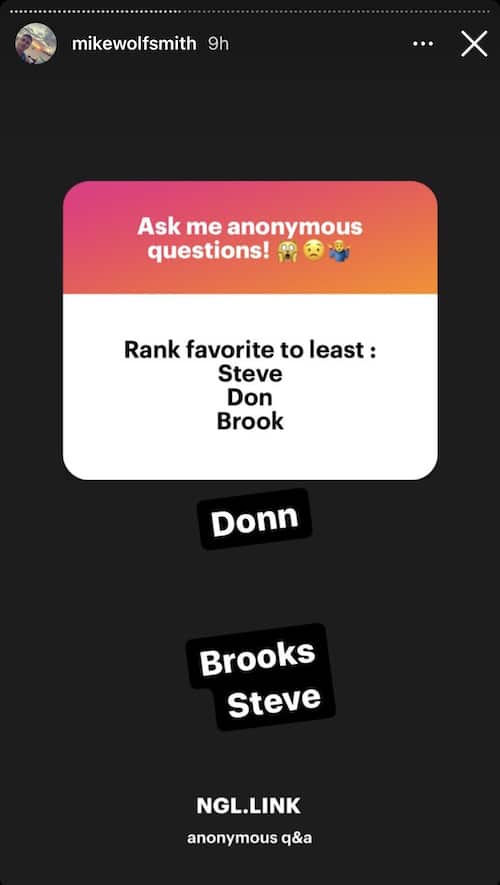 As for Vicki’s new boyfriend, Michael confirmed he’s met the mystery man “a few times” after a fan asked about their possible interactions and wanted to know, “Do you like him?”

“He seems really nice genuine,” Michael noted. “He also has his own sh-t and isn’t after her money/fame which is good.” 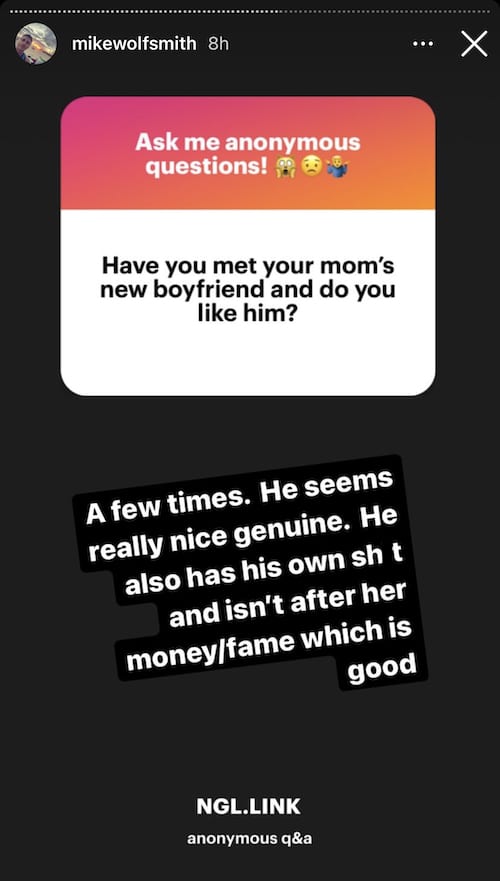 Regarding his own personal life, Michael said that when it comes to settling down and having kids, he may want children eventually.

“I’m pretty selfish right now though, and I want to build my life and my assets and whatnot,” he admitted. “Tough to do that with kiddos.” 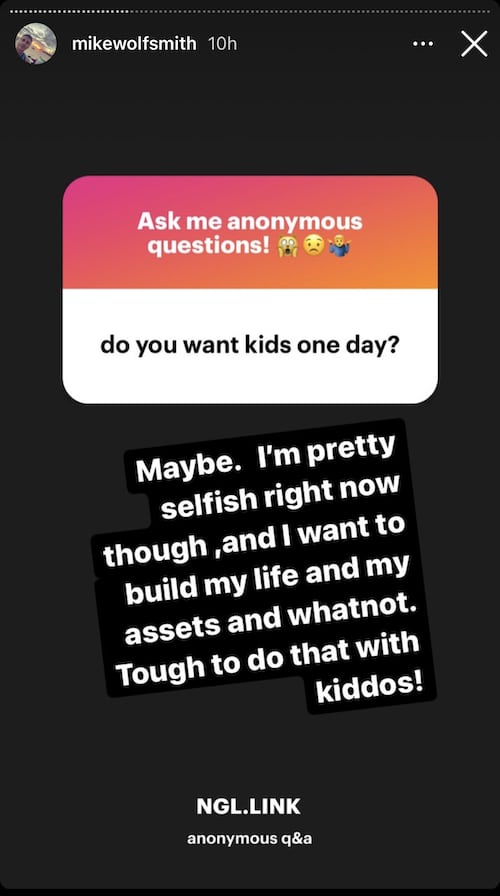 Another fan wanted to know how Michael felt about his mother being against the COVID-19 vaccine — and going as far as to suggest the shot could be deadly.

“I didn’t see it, but I’ve been trying to convince her to get vaccinated for a long time. She’s been fed terrible info!” Michael explained, noting that it was her former fiancé, Steve, who fed her the bad information. 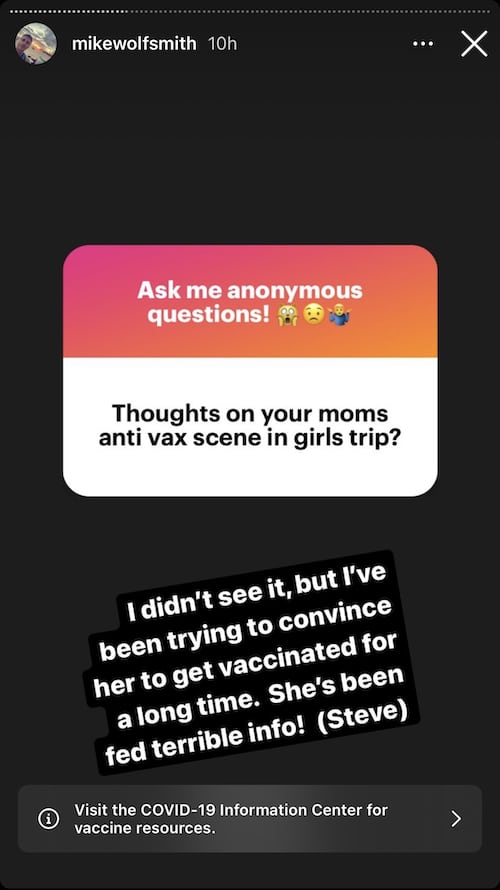