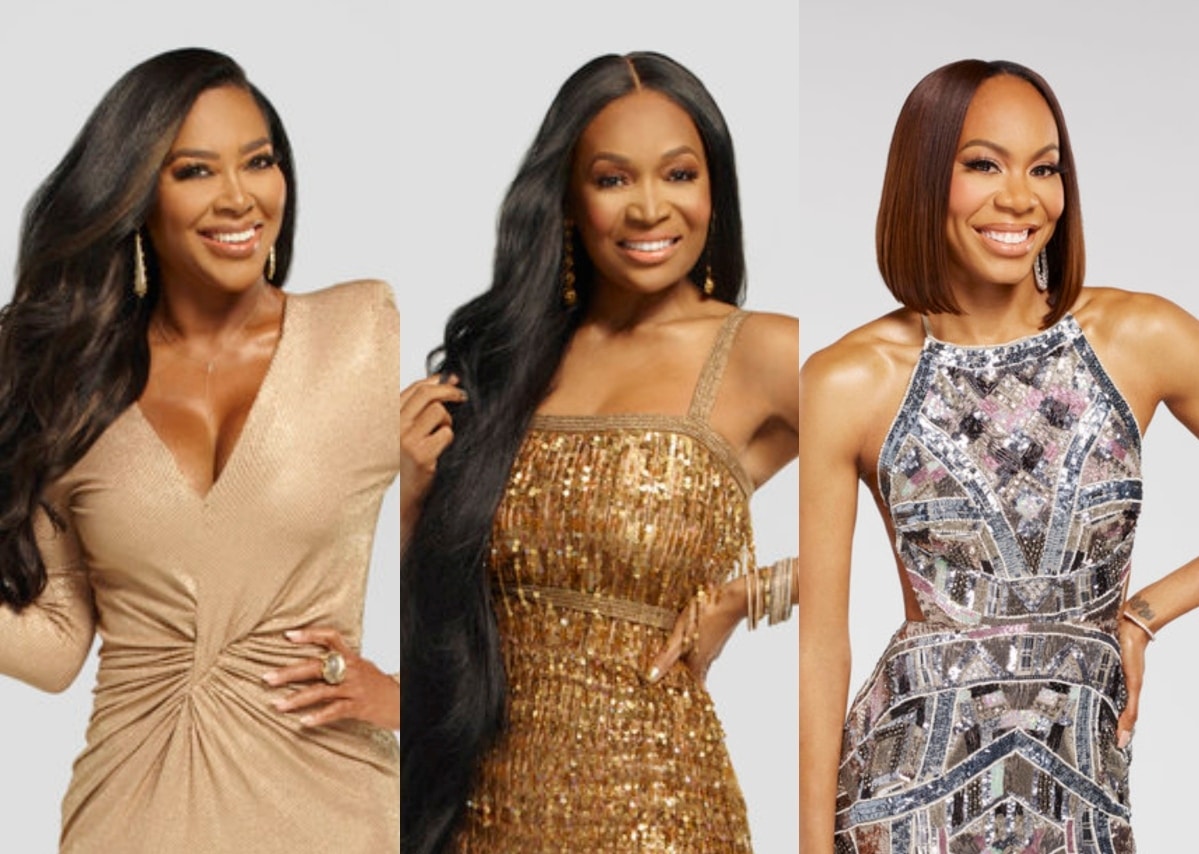 Kenya Moore doesn’t feel that Marlo Hampton has what it takes to be a full-time cast member on The Real Housewives of Atlanta.

In a series of tweets shared amid Sunday’s new episode, Kenya targeted the behavior of both Marlo and Sanya Richards-Ross, who she called out for acting hypocritically toward Drew Sidora, and she also reacted to a couple of tweets suggesting Marlo is bipolar.

On July 14, after seeing a message about Marlo’s full-time role on RHOA, Kenya responded by sharing three praying hands emoji.

“It’s time we admit that Marlo isn’t peach holder material. She was better as a [friend of the Housewives] when all she had to do was dress nice, cause chaos, and then [shut up]. Marlo made the trip about Kenya and then cried when it was about Kenya. Please give Marlo’s peach to [Eva Marcille],” the message had read. 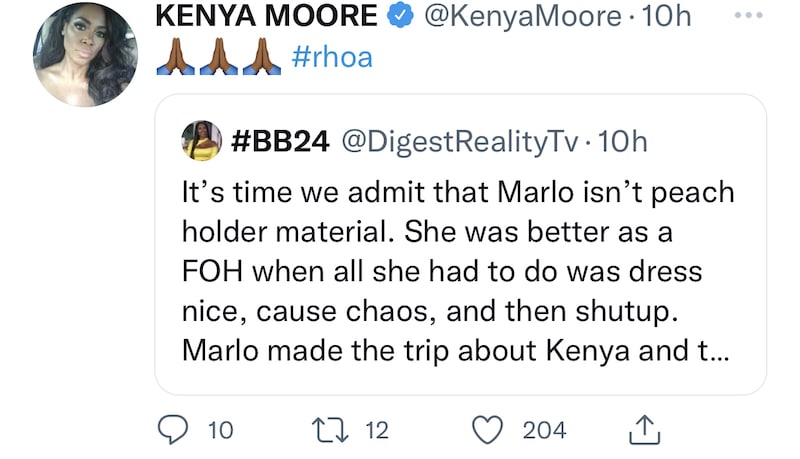 Kenya then took on Sanya, resharing a message from an RHOA viewer who said she was a “hypocrite.”

“Sanya you are a whole hypocrite. A whole entire, drama creating hypocrite,” the person had stated. “Marlo has constantly been aggressive towards Kenya and Sanya has said absolutely nothing but all of a sudden Kenya is a problem.” 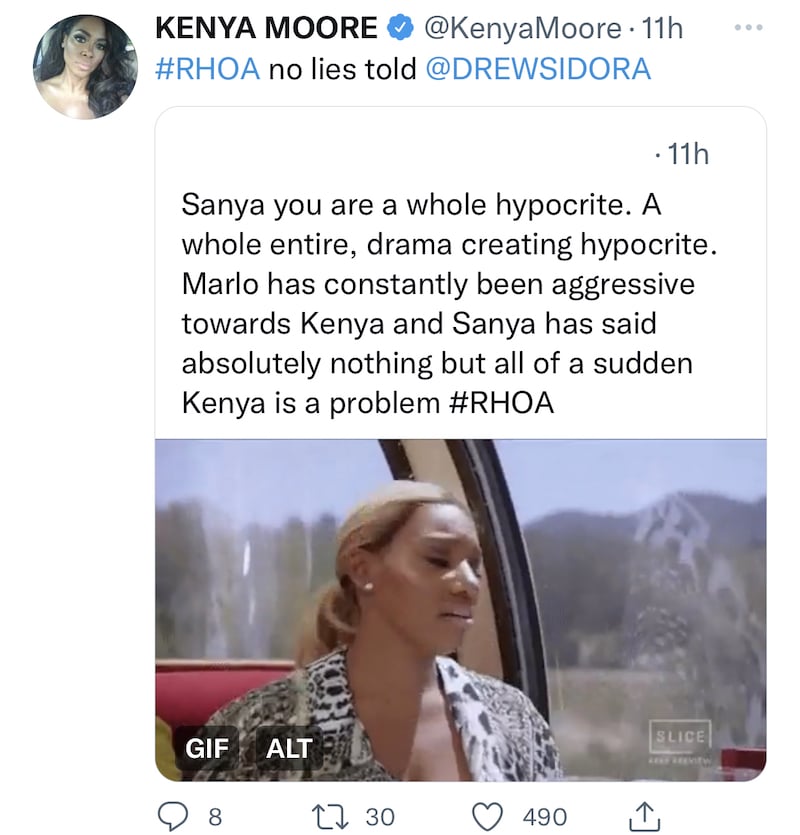 In another tweet she wrote herself, Kenya pointed out that while Sanya has had major problems with Drew throughout season 14, Marlo’s behavior toward both her and Kandi Burruss has seemingly gone unnoticed to her.

“Actually Sanya it’s exactly the same. You have all these issues with [Drew Sidora] for the way she moves with other [people] but have seen Marlo drag me and [Kandi Burruss] and have no issue,” Kenya tweeted.

In another series of tweets, Kenya reacted to claims of Marlo being bipolar.

“MARLO IS BIPOLAR, NOW SHE WANTS KENYA TO ROLL… GIRL BYE.. NOW SHE FAKE CRYING.. DEMOTE HER A–!!!” one fan wrote.

“Marlo seems bi polar to me,” said someone else. “She’s also trying to control Kenya and can’t. She’s acting exactly like nene in her last season. This won’t work out for you Marlo.” 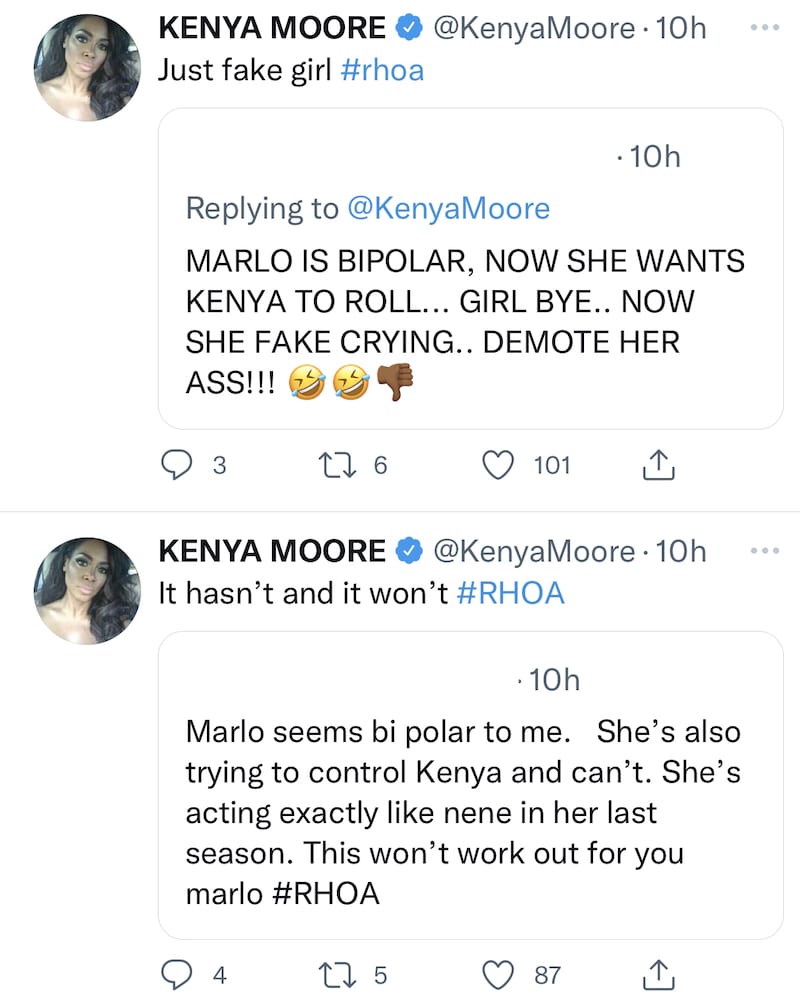 Also on Twitter, Kenya responded to a tweet saying that Marlo was “no match” for her and described their interactions as “cruel.”

“Marlo is no match for Kenya,” the tweet stated. “She’s short sighted. Kenya plays the long game. This is watching cat play with its mouse. Almost cruel.” 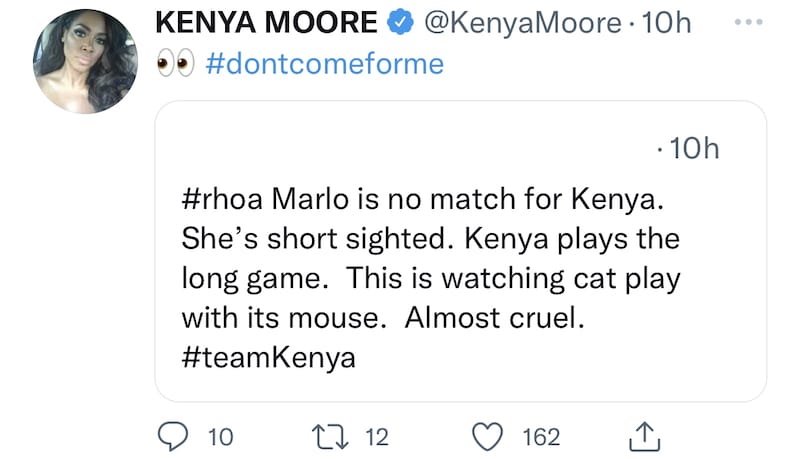