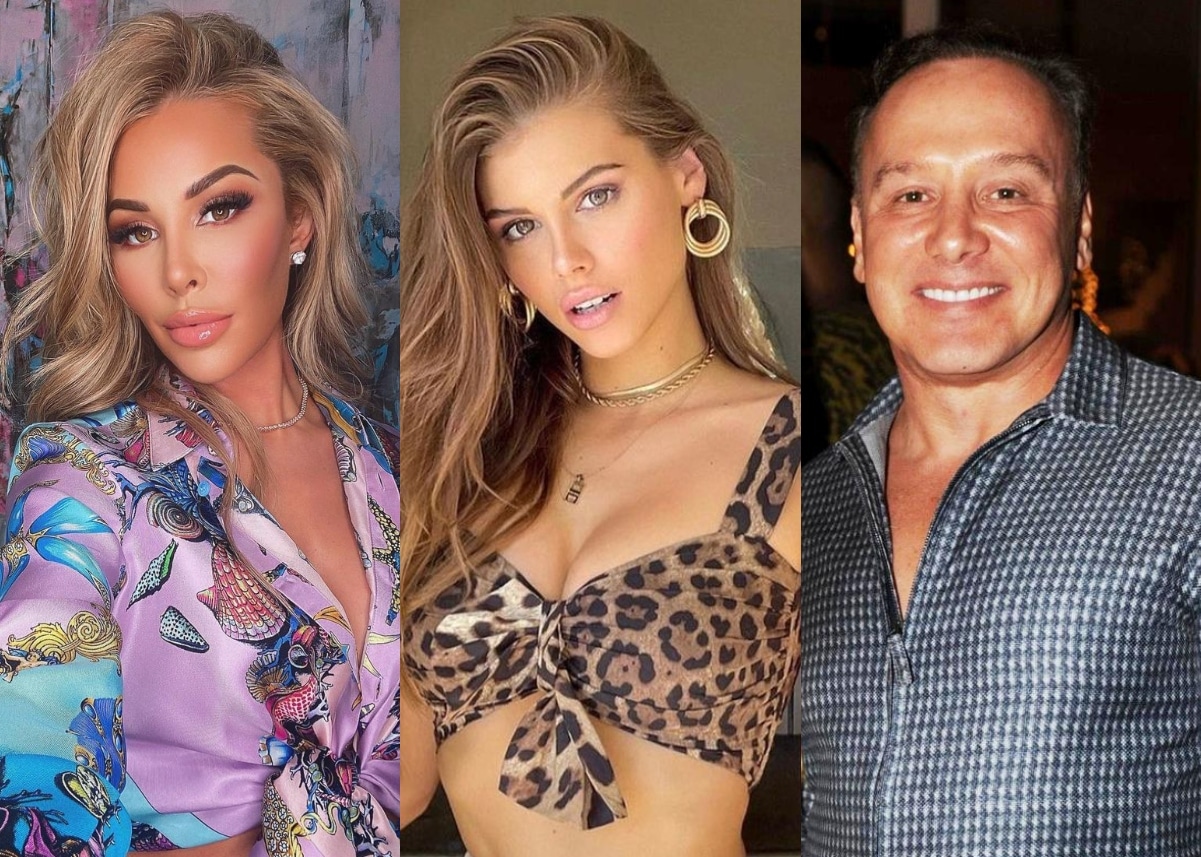 Lisa Hochstein is clapping back at Katharina Mazepa‘s “ridiculous” request for a restraining order against her.

Following the July filing of Lenny Hochstein‘s 26-year-old girlfriend, the Real Housewives of Miami cast member, 40, slammed the model’s claims of harassment and bullying, insisting that her only focus is taking care of her two children, Logan, 7, and Elle, 2, as her plastic surgeon ex vacations in Europe.

“Regarding his girlfriend, I am working with my attorney on a legal response to her ridiculous allegations which everyone knows are untrue,” Lisa told Page Six on August 2. “What a waste of their time and money.”

“While Lenny spends his time and money on a European vacation I’m at home with our children,” she added.

According to Lisa, who recently accused Lenny, 56, of attempting to “financially strangle” her amid their split “by restricting [her] access to funds” when she “does not acquiesce to each and every one of [his] demands,” Lenny is currently on a “no-expense-spared vacation with” Katharina.

“He has left the wife and children without cash, access to funds and less than $3,000 of available credit on the joint credit card,” court documents alleged.

Meanwhile, Lenny claims it is Lisa who is allegedly “abusing” their joint credit card to “buy things for herself” amid his and Katharina’s trip.

“Last month the bill was nearly 60K. This month she continued the abuse, including purchasing jewelry and clothing for herself, which placed the card over the limit just prior to my vacation,” Lenny claimed.

But Lisa insists that the charges put on the card have all been for her kids, her attorney fees, or Lenny’s expenses.

Lisa has also accused Lenny or berating and threatening her in front of their kids, which Lenny also denies.

“As far as being berated, it is quite the opposite. It is Lisa who constantly attacks and berates me,” he refuted. “I moved into another bedroom, and when that wasn’t enough, I had to rent an apartment. I am trying my best to avoid conflict. I just want to be divorced.”

“Lisa uses these court filings to portray me poorly in the press. It’s worse than a press release because the fact that it’s filed gives it legitimacy,” Lenny continued in the email to Page Six, confirming he pays for “everything for the children separately.”

According to Lenny, Lisa is presently living in their $52 million marital home with their kids “without a single expense.”

“She demanded that I pay the bill to give her more money to spend. I refused but did pay it down by $5K in case of emergencies,” he claimed. “She promptly spent $3K to take out people for dinner, and when I refused to send her more money, she made a $20K payment from my checking account without my knowledge or consent.”

The Real Housewives of Miami season five wrapped production in early July and is expected to return to Peacock later this year.