Home Real Housewives of Atlanta News RHOA’s Kandi Burruss Slams Marlo as a “Hypocrite” for Shading Ralph as Marlo Fires Back and Drew Weighs in, Plus Live Viewing

RHOA’s Kandi Burruss Slams Marlo as a “Hypocrite” for Shading Ralph as Marlo Fires Back and Drew Weighs in, Plus Live Viewing 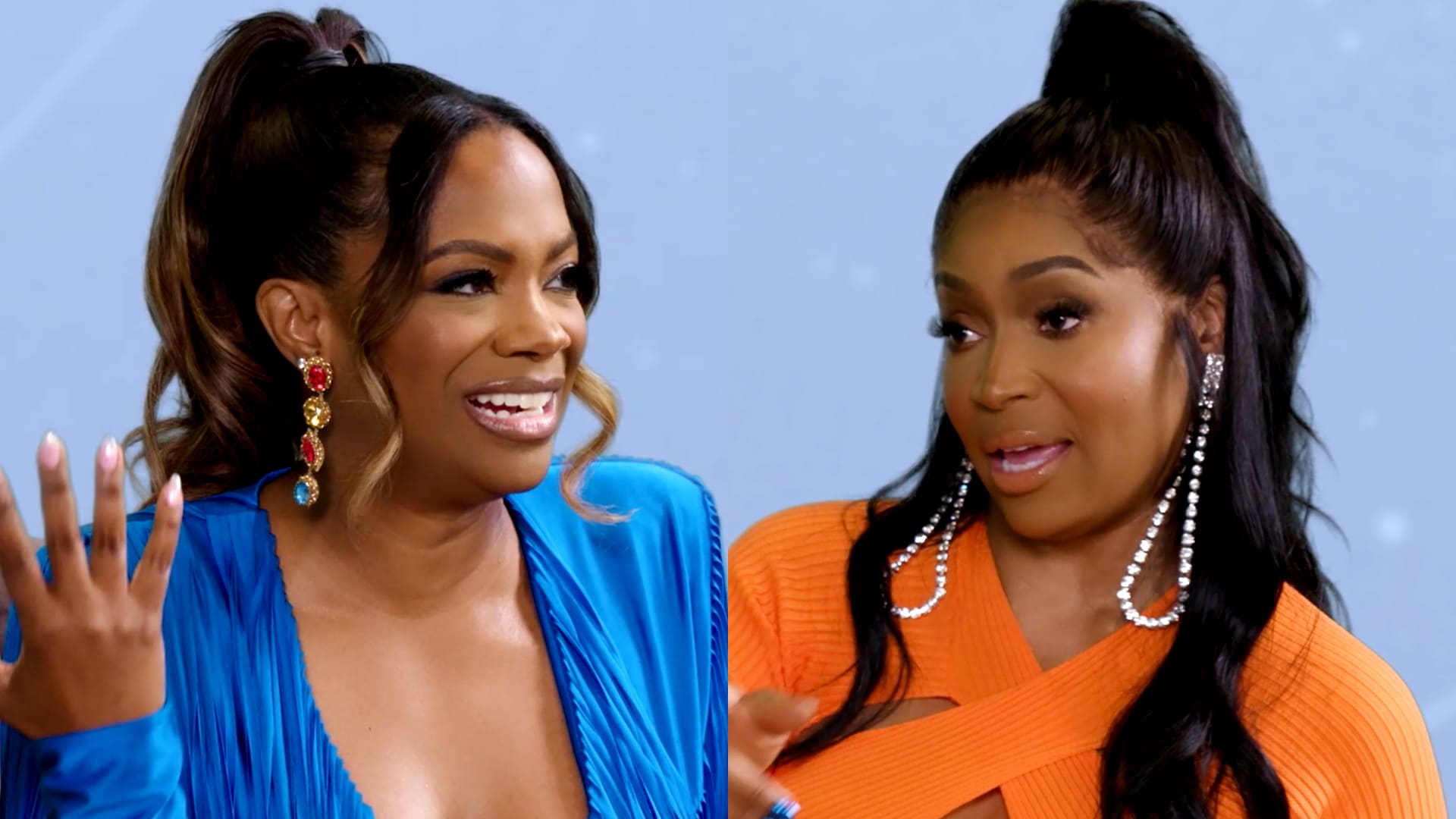 Kandi Burruss doesn’t think Marlo Hampton has a leg to stand on when it comes to her comments about Ralph Pittman Jr.‘s decision against the potential adoption of his wife Drew Sidora‘s oldest child, son Josiah.

Following their ugly dispute on the latest episode of The Real Housewives of Atlanta, which featured Marlo going after Kandi’s career, husband, and family amid a heated conversation about Ralph, Kandi explained why she was so annoyed with Marlo’s criticism of Ralph’s choice.

“[Marlo] was saying he was putting Josiah in limbo, and I felt like, by her caring for the boys, giving them that lifestyle, and doing all those things for them and then putting them out, it was the same thing. And I’m like, ‘You’re a hypocrite,'” Kandi recalled on the August 7 episode of the RHOA: After Show.

But according to Marlo, Kandi doesn’t have the right to say anything about her thoughts towards Ralph, who she said was “deada–” wrong for changing his mind about adopting Josiah.

“That took me out,” Marlo recalled. “You don’t have the right to say anything when I’m talking to Ralph because that hit home for me. Stay in your lane: Writing songs and providing for people.”

As RHOA viewers have seen, Marlo has taken aim at Todd Tucker on a number of occasions, suggesting that despite Kandi’s claims that he “makes plenty of money,” he is supported by his wife.

“It bothered me, and it hurt me because [Kandi] went too far. And I mean, we both went too far,” Marlo admitted, noting that she was “triggered” by Ralph’s decision because it reminded her of herself.

Marlo went on to look back on the moment in which she opened up to Kandi about her decision to send her nephews to her sister’s home temporarily — only for Kandi to throw the information back in her face in Jamaica.

“She just seemed so caring and concerned, and just genuine, I’m telling you, the most genuine I’d ever seen, but obviously it was bullsh-t because how would you dare bring this up at a table with some guy that [Kenya Moore] done picked up on the island, just everyone at the table that I hadn’t even talked to about this?” Marlo wondered.

Still, Drew agreed with Kandi that Marlo was out of line when it came to their dinner dispute, labeling her as “harsh” and confirming she was not supportive of her decision to move the boys.

“All she’s been talking about is being this mauntie and she was really embracing it, and it was like, as a parent, we know when things get difficult with your kids, you can’t just send them away or just close the door so I felt for them. I felt like that wasn’t necessarily the right thing to do as a parent figure in their life,” Drew noted.

In addition to the drama the adoption discussion caused between Kandi and Marlo, Ralph’s dinner table announcement also caused friction between him and his wife due to the fact that she didn’t know it was coming.

“I just felt like I wish that had been a conversation between the two of us you know, because I felt blindsided,” Drew admitted. “If he never would’ve said, ‘I’m going to adopt him,’ then I probably wouldn’t have had an issue with it but.. He had made this grand decision and then flipped.”

“Here’s another example where we have work to do on our marriage because I feel like something so personal in our lives should be had and talked about behind closed doors, between us… I don’t understand why he just didn’t pull me aside,” she added.